Two tropical storms formed close to Mexico over the past 12 hours, threatening the region with heavy rain, strong winds, and life-threatening surf and rip current conditions.

The government of Mexico issued a Tropical Storm Warning from Lazaro Cardenas to Cabo Corrientes. Tropical storm conditions are expected in this area within 36 hours.

On the forecast track, Illeana's center is expected to move parallel to and offshore of the coast of southwestern Mexico through Tuesday, August 7. 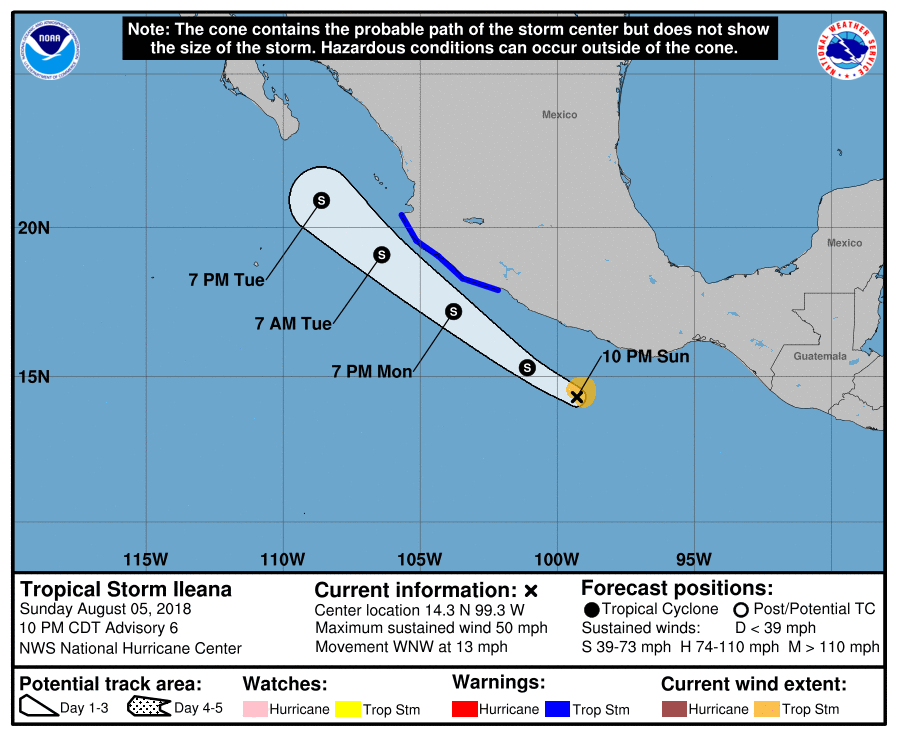 This system is expected to produce total rain accumulations of 51 to 102 mm (2 to 4 inches) over coastal sections of the Mexican states of Guerrero, Michoacan, Colima, and Jalisco, with possible isolated maximum amounts of 152 mm (6 inches) through Tuesday night. These rains may cause flash flooding.

Swells generated by Ileana will be affecting portions of the coast of southwestern Mexico during the next couple of days. These swells are likely to cause life-threatening surf and rip current conditions.

Additional strengthening is forecast today, but Ileana is forecast to dissipate by Tuesday night or Wednesday due to its proximity to much-larger Tropical Storm "John" to its west and southwest. 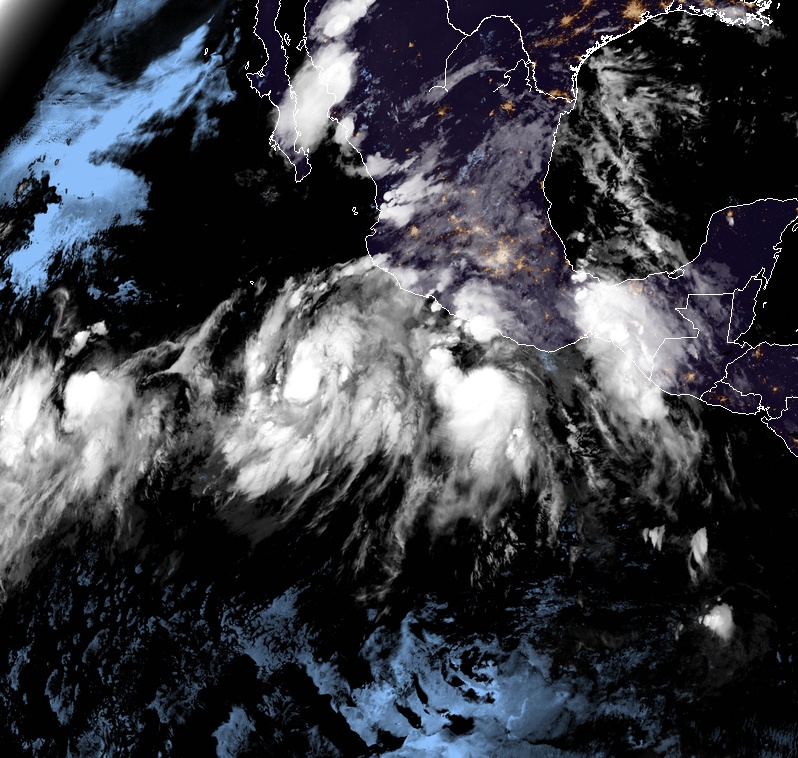 This general motion with some increase in forward speed is expected over the next few days.

John is expected to be in an environment of very warm sea surface temperatures, low vertical wind shear, and a moist atmosphere over the next 60 hours.

This environment is quite favorable for rapid intensification, and it is likely that this will begin as soon as the inner core of the storm becomes better organized. 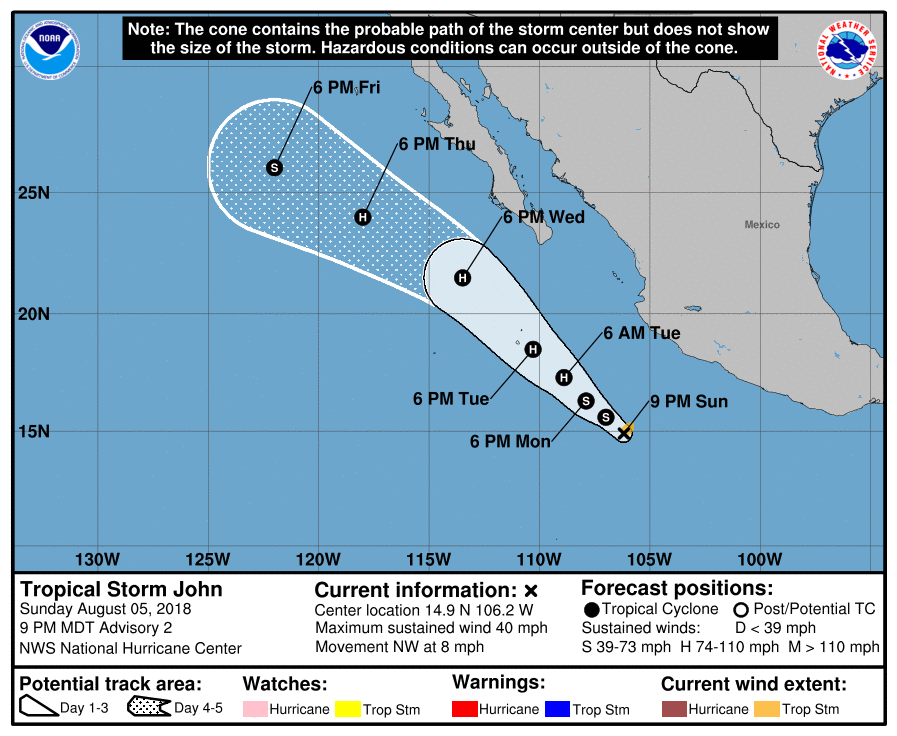 After that, the forecast track takes John over rapidly cooling sea surface temperatures, which should cause at least a steady weakening.

"The intensity forecast is in best agreement with the intensity consensus," NHC forecaster Jack Beven said. "It should be noted, however, that the SHIPS and LGEM models both show more intensification than the official forecast and make John a major hurricane in about three days."

John is the 10th named storm of the 2018 Pacific hurricane season.

Meanwhile, another tropical system – Hector – is expected to cross into the Central Pacific basin as a Category 4 hurricane.

There are currently no coastal watches or warnings in effect for this storm. However, interests in the Hawaiian Islands should monitor its progress.

Now is a good time for everyone in the Hawaiian Islands to ensure that they have their hurricane plan in place. 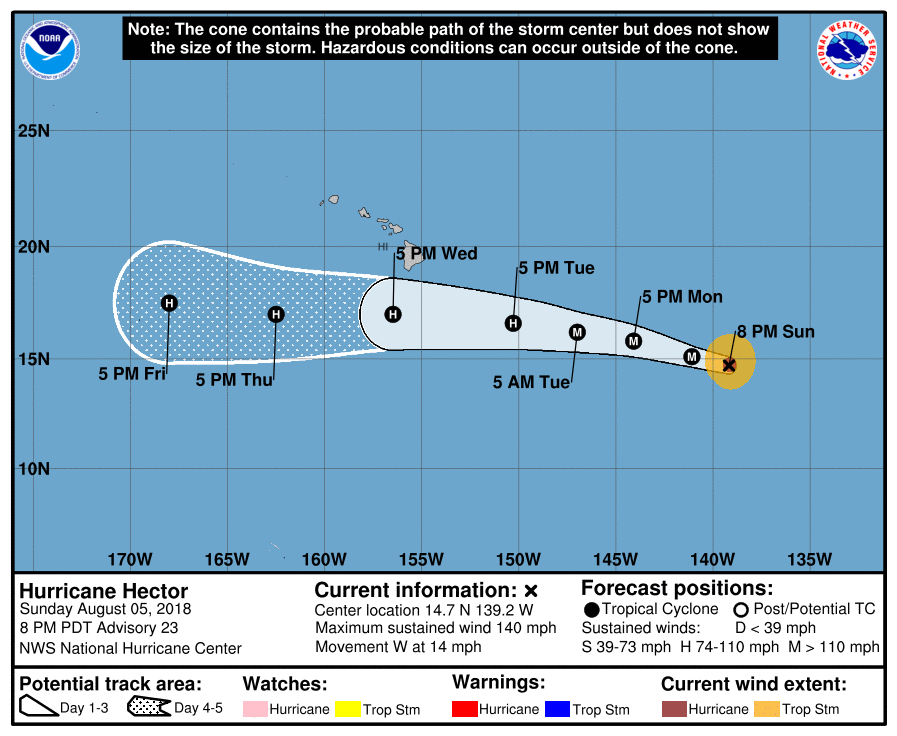 For additional information on any potential local impacts from Hector in Hawaii, please refer to products issued by the NWS Weather Forecast Office in Honolulu at: http://www.prh.noaa.gov/hnl.