At 05:00 UTC on April 24, the center of Tropical Cyclone "Fakir" passed about 20 km (12.4 miles) east of Piton Saint-Rose on the eastern coast of the island, producing high waves, strong winds with gusts up to 151 km/h (94 mph) and dropping very heavy rain. The strongest winds have passed very near the eastern coast where an unofficial station reported a 981 hPa near the radius of maximum wind.

A couple in their twenties was killed in Etang-Salé after a mudslide caused by heavy rain hit the bungalow they rented, local police department told AFP.

In neighboring Mauritius, the storm brought winds of 112 km/h (70 mph) and over 100 mm (4 inches) of rain within 24 hours. Local media reported power supply was cut and some flights were canceled or delayed. 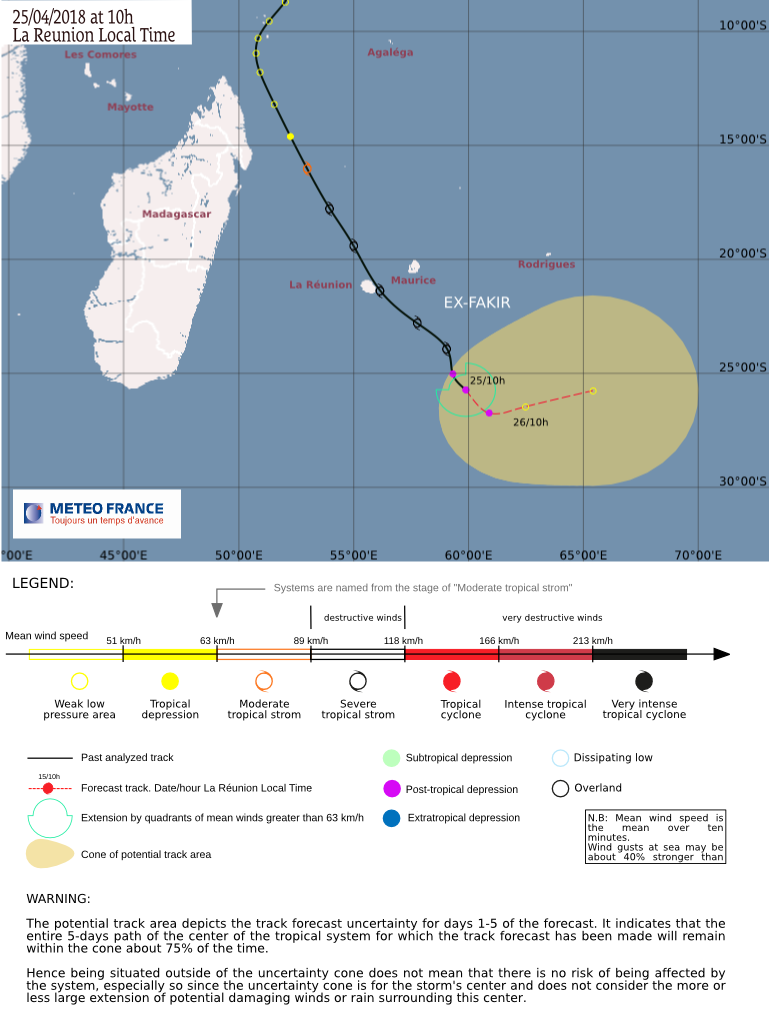 The cyclone started its extra-tropical transition early April 25 far away from the islands. It is expected to fully dissipate within 24 hours.