A flash flood struck a village on the island of Ambae, Vanuatu, destroying about 30 houses and affecting more than 100 people on March 31, 2018. Almost all the houses in the village were destroyed, leaving behind remains of a few concrete buildings. The Vanuatu government is looking at relocating the entire village.

115 people from Waluwebue village in north Ambae, Vanuatu, escaped from flash flood triggered by heavy rain in the area. The flood struck after the area has been trying to recover from last month's Tropical Cyclone "Hola" while trying to cope with ashfall from Ambae (Manaro) volcano. The flash flood tore a path through vegetation and swept buildings and properties down to the coast. The only church building in the community was destroyed, as well as the community meeting hall and all classrooms of Naleleo Primary School. There is no information about any casualties.

Director Ravo from the Department of Agriculture and Rural Development (DARD) said: "We visited Waluwebue village. Then we went to Waluriki where the people are now being accommodated. These people have lost a lot, their houses and belongings. It was emotional, they shed tears when we arrived."

The government sent emergency food supplies to the island and approved 400 000 US dollars to be spent on short-term food and supplies in the disaster zones of the west and south Ambae. The island's MP Alickson Vira has appealed to the government to declare the whole island a disaster zone and to identify evacuation centers in case the volcanic eruption threat increases to level 3. 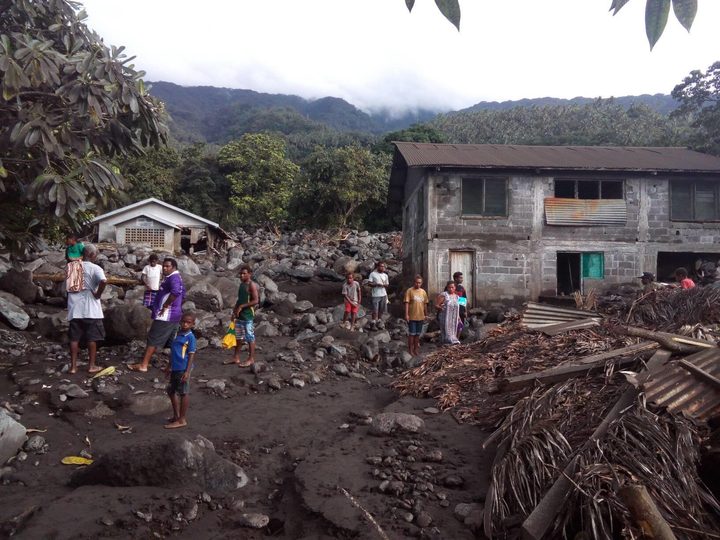 Peter Korisa from the National Disaster Management Office said it was likely the entire village would have to relocate.

The government, with the support of Red Cross Vanuatu and Save the Children, has been supporting the PENAMA Provincial Government Council (PPGC) to help the victims recover. A fund has been allocated to the province to use to address needs, said Korisa, according to Vanuatu Daily Post.

"Flash-flooding is likely the worst flash flood to have occurred in Waluewbue village and on the island as well," Mr. Korisa said.

"Some years ago, the government also responded to a similar flood in south Santo, and a mudflow that claimed several lives."

"The impact of the event on Ambae was significantly seen on the debris or sediments, rocks, logs and trees deposited in the village, luckily, the entire village escaped," Korisa said. 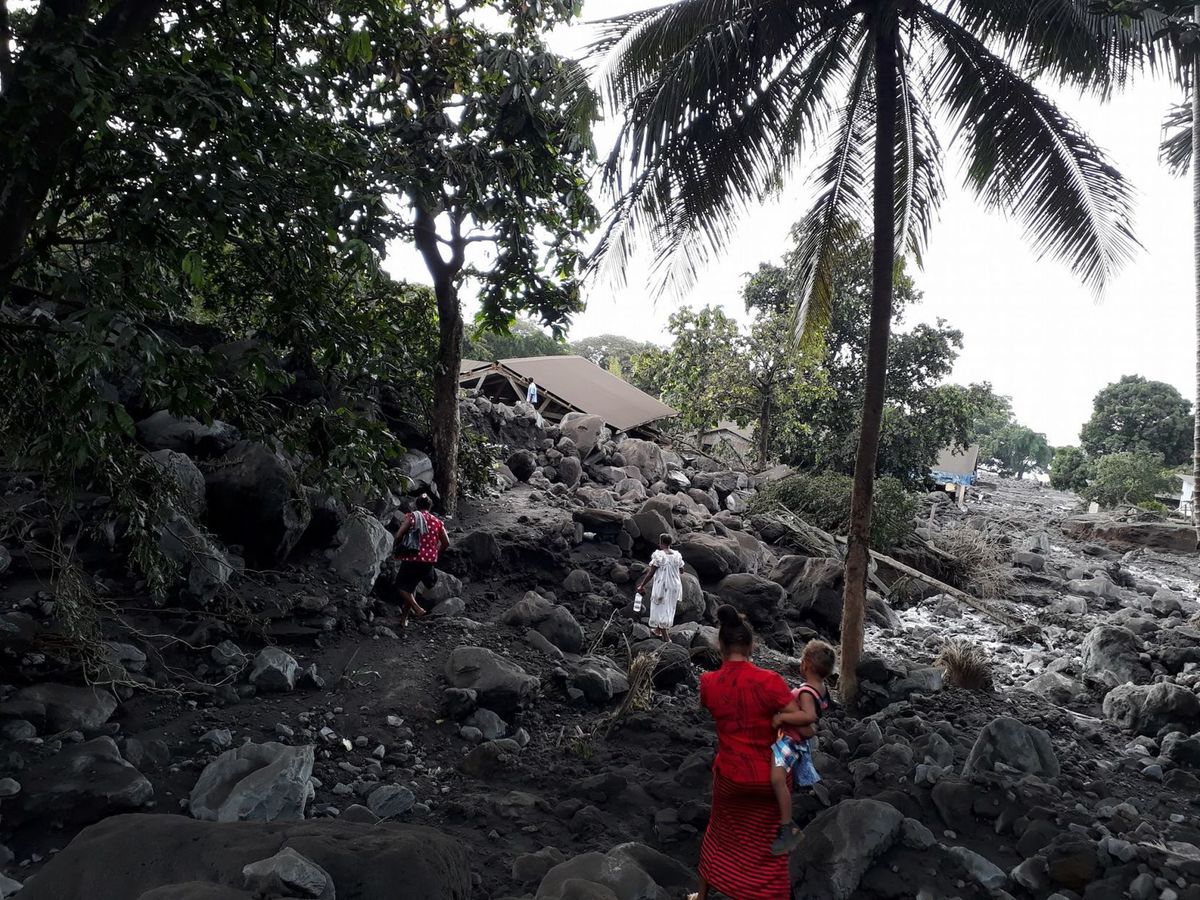 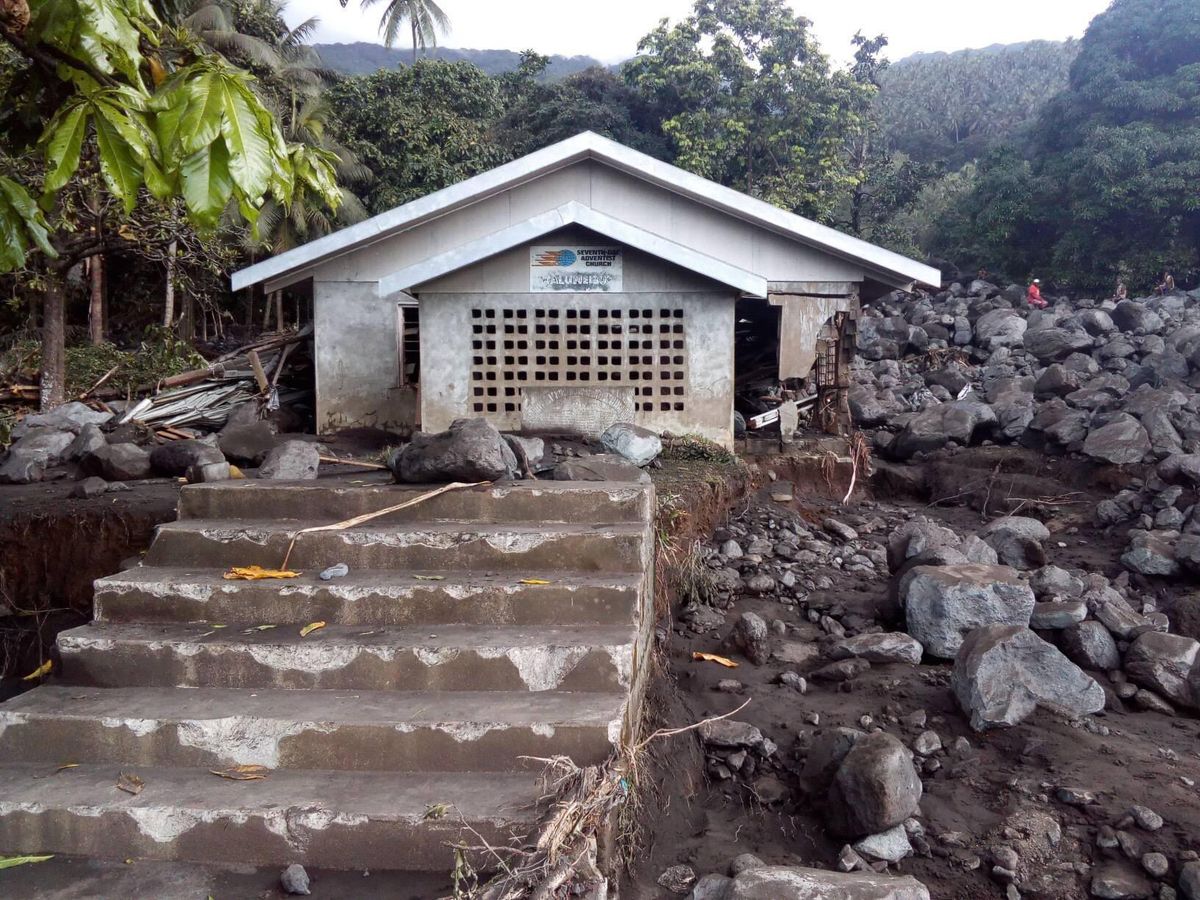