A cutoff low in the central Mediterranean pushed huge amounts of Saharan dust from Libya toward the eastern Mediterranean on March 22, 2018, heavily impacting the region, especially the island of Crete.

A thick layer of Saharan sand reached Crete around 16:00 local time, dropping the visibility at Heraklion airport to 600 m (2 000 feet). In some parts of the island, like Chania, it mixed with the smoke from local wildfires, making the air unbreathable.

This is how this awesome dust storm looked like from space. 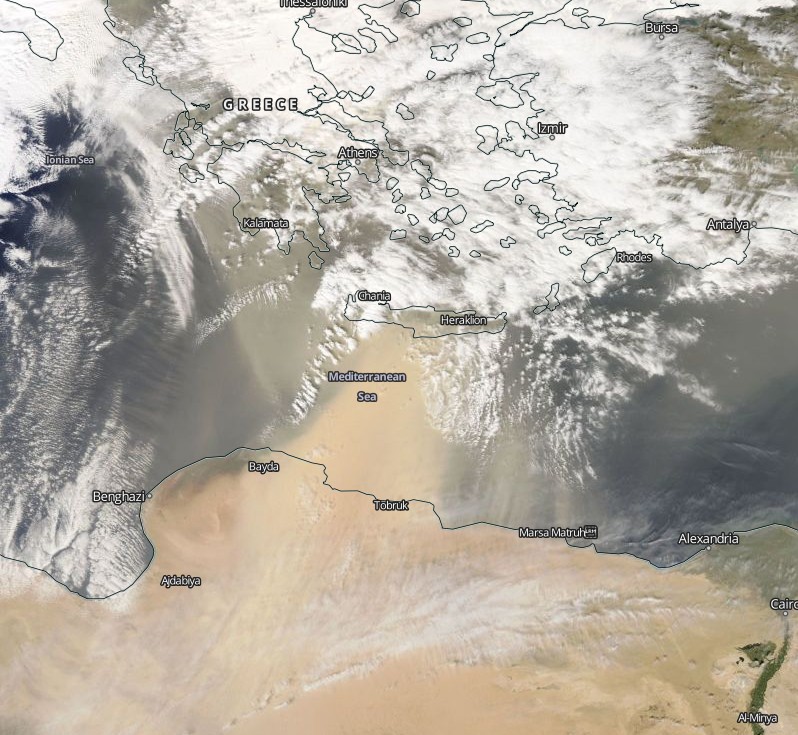 The thickness becomes really apparent once we remove the coastline layer. A rare sight indeed: 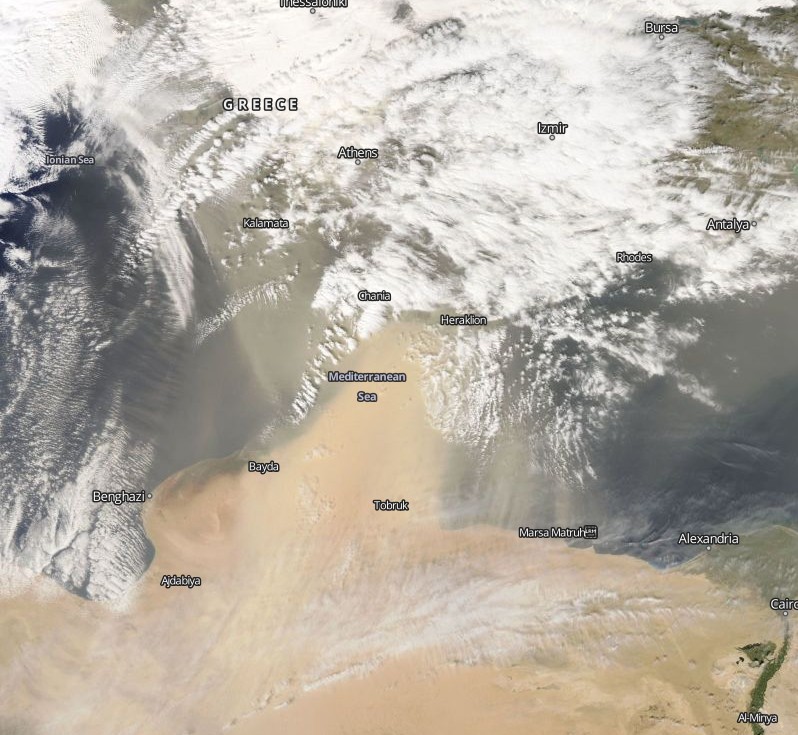 The animation below shows Eumetsat's Dust Product for entire March 22, 2018. The pink color shows the highest concentration of the atmospheric dust.

A new irruption from Libya to Greece is expected for next Sunday, March 25 but it's probably going to be less severe than the present one, the Barcelona Dust Forecast Center said.