A very bright explosion, believed to be produced by a minivan-sized bolide, lit up the night sky over British Columbia, Washington and Oregon around 03:15 UTC, March 8, 2018 (19:15 PST, March 7). The event lasted several seconds and ended up in a bright flash followed by a sonic boom.

The American Meteor Society (AMS) received only 11 reports, but the event is believed to be seen by thousands of people. 5 people reported sonic boom associated with the event.

Dr. Marc Fries of NASA's Johnson Space Center said the meteor appeared to travel northwest over Washington and landed about 22.5 km (14 miles) off the coast. 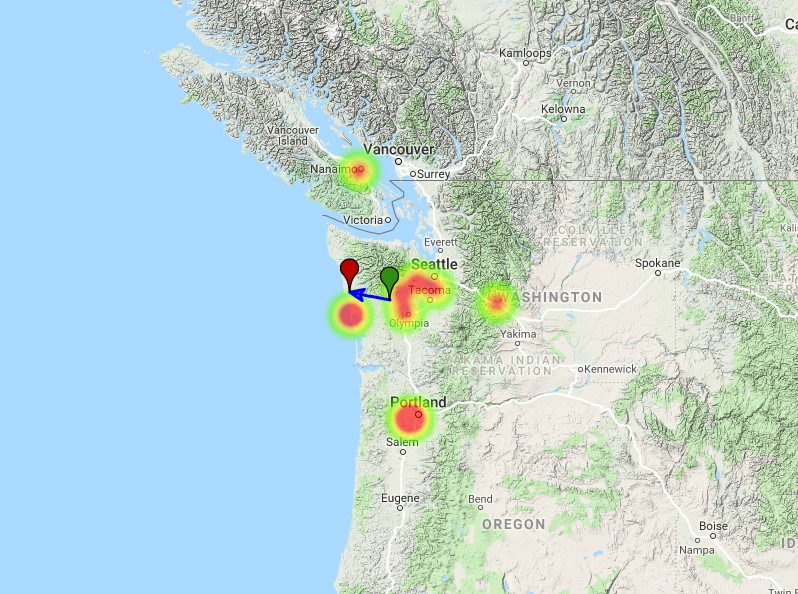 Fries said that the object was tracked with seismographs, weather satellites and other NASA equipment, some registering readings as far away as Manitoba, Canada.

"This was one of the largest bolides produced in the past 20 years," Fries said.