An intense earthquake swarm is in progress at the southern end of Prestahnúkur volcanic system (Langjökull icecap) since early Saturday, December 9, 2017. More than 100 quakes were registered within 40 hours, with 4 above M3.0. There have not been earthquakes as large as these in this area since 1992. IMO experts believe the quakes are not a sign of an imminent eruption.

The swarm is centered under Mt. Skjaldbreidur, a classic Icelandic shield volcano located between Thorsjökull glacier and Thingvallavatn lake.

The larger earthquakes were felt in the country's south and west, IMO said. 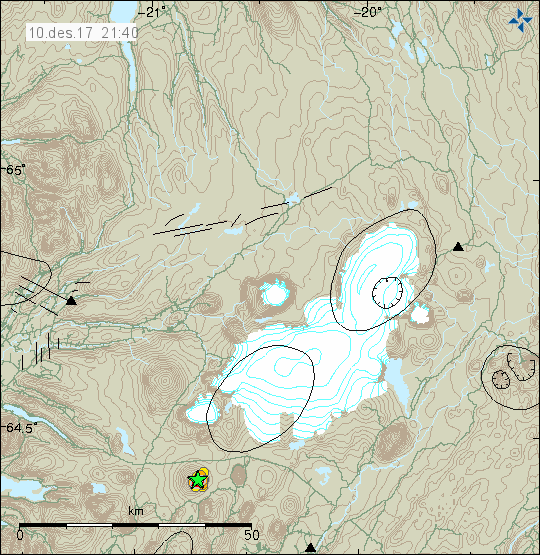 Although there have not been earthquakes as large as these in the area around Skjaldbreidur since 1992, experts at IMO believe they are not signs of an imminent eruption.

The Prestahnúkur volcanic system has been moderately active with six eruptions in Holocene time. The volcanic system, located on the west margin of the Western Volcanic Zone, is about 90 km long and 15 km wide (56 x 9 miles), consisting of a central volcano marked by rhyolite and geothermal activity and a fissure swarm defined by prominent faults. The system is partly covered by up to 300 m (984 feet) thick ice. The characteristic Holocene activity is effusive basaltic eruptions with lava volumes (DRE) ranging up to 5 km3 (1.2 mi3).

Based on six known eruptions during the last 11 000 years, the eruptive frequency of this volcano is 1 in 2 000 years, according to IMO. This estimate will be improved by dating the three eruptions whose age is unknown. 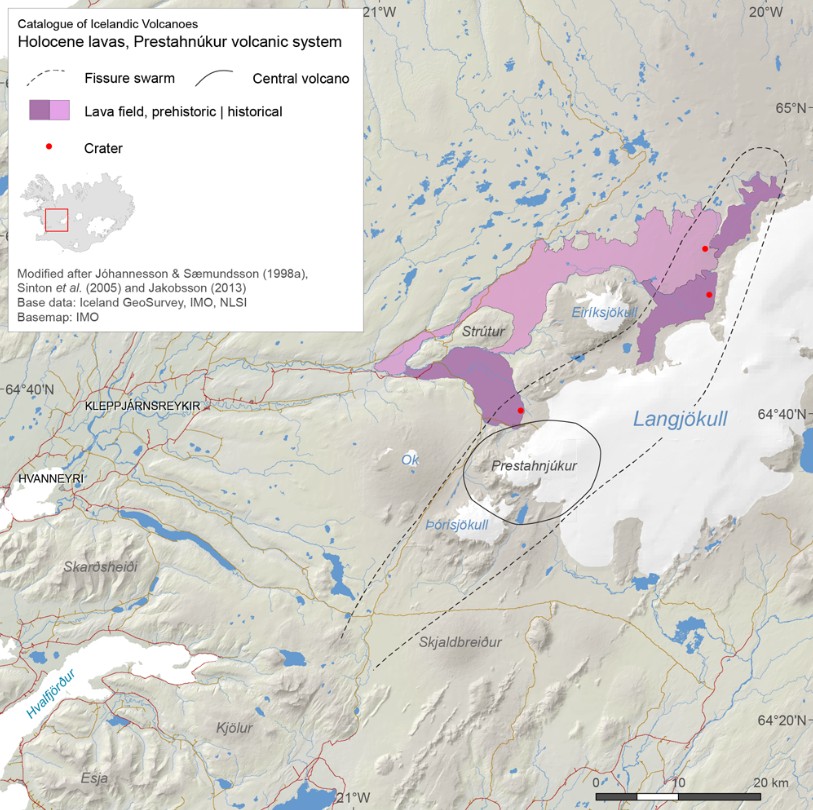 The classic Icelandic volcano Skjaldbreidur is perhaps the best known of the many small shield volcanoes that were constructed along rift zones where the Mid-Atlantic Ridge rises above sea level. Skjaldbreidur, seen from the west along route 52 in the image below, was formed about 9 500 years ago during a single long-duration eruption at the southern end of the Prestahnúkur system. 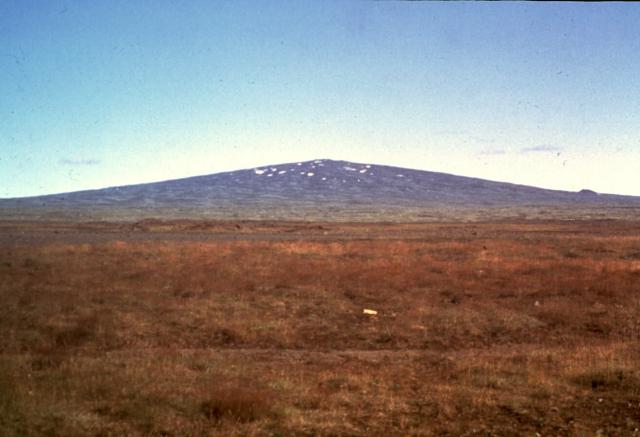 The massive subglacial Prestahnúkur volcano at the SW end of the Langjökull icecap has associated rift zones to the north and SW that have erupted during the Holocene. Hot springs are associated with the rhyolitic central volcano.