Nearly 500 000 people were left without power and three have died as a suprisingly strong early winter storm hit the US South on its way toward the Northeast. The storm dumped rare snow on the Deep South, in many places record-breaking for December. Relatively quiet weather is expected across much of the country today as the storm continues to pull away from the Northeast Sunday morning. There is a chance for light snow showers in the Northeast today and tonight but the greatest snowfall accumulations are expected east of lakes Erie and Ontario due to lake effect snow.

Snow started falling in Houston, Texas on December 8, making it the second earliest snowfall on record. The city saw widespread snow amounts between 2.5 and 7.6 cm (1 and 3 inches) and recorded its first measurable snowfall in 8 years.

On the same day, Brownsville, TX had its third accumulating snowfall since records began in 1895. By Saturday morning, the city received 35 cm (14.5 inches) of snow. Corpus Christi, TX had its first snowfall in 13 years (since 2004) and recorded between 12.7 and 17.8 cm (5 and 7 inches) within 24 hours as well as extremely rare thundersnow.

Sid King, a meteorologist for the National Weather Service in the Atlanta area described snow totals as very, very abnormal and rare. "It’s really not even winter yet. I would not be surprised if we broke a lot of records," he said Friday.

The December 8th snow across Central Alabama was the biggest one for so early in the season, meteorologist James Span said. Data is still being compiled, Span said Saturday, but for Birmingham, with an official total of 10.1 cm (4 inches), it was the third snowiest December day on record. Only surpassed by 20.3 cm (8 inches) during the famous New Year’s Eve event on December 31, 1963, and 14 cm (5.5 inches) on December 22, 1929.

Nearly 1 200 flights were canceled at the Hartsfield-Jackson Atlanta International Airport Friday and more than 400 on Saturday.

Sadly, the storm is responsible for the deaths of at least 3 people. One man died in Georgia after being electrocuted by a downed power line. Bystanders tried to warn the man before he walked into the dangling live wire, Atlanta police Sgt. John Chafee said Saturday. The two other victims are a 27-year-old woman and a 5-year-old boy who died in a car crash in Virginia. The driver apparently lost control of the car and hit a guardrail, which caused the vehicle to spin into the path of a truck. 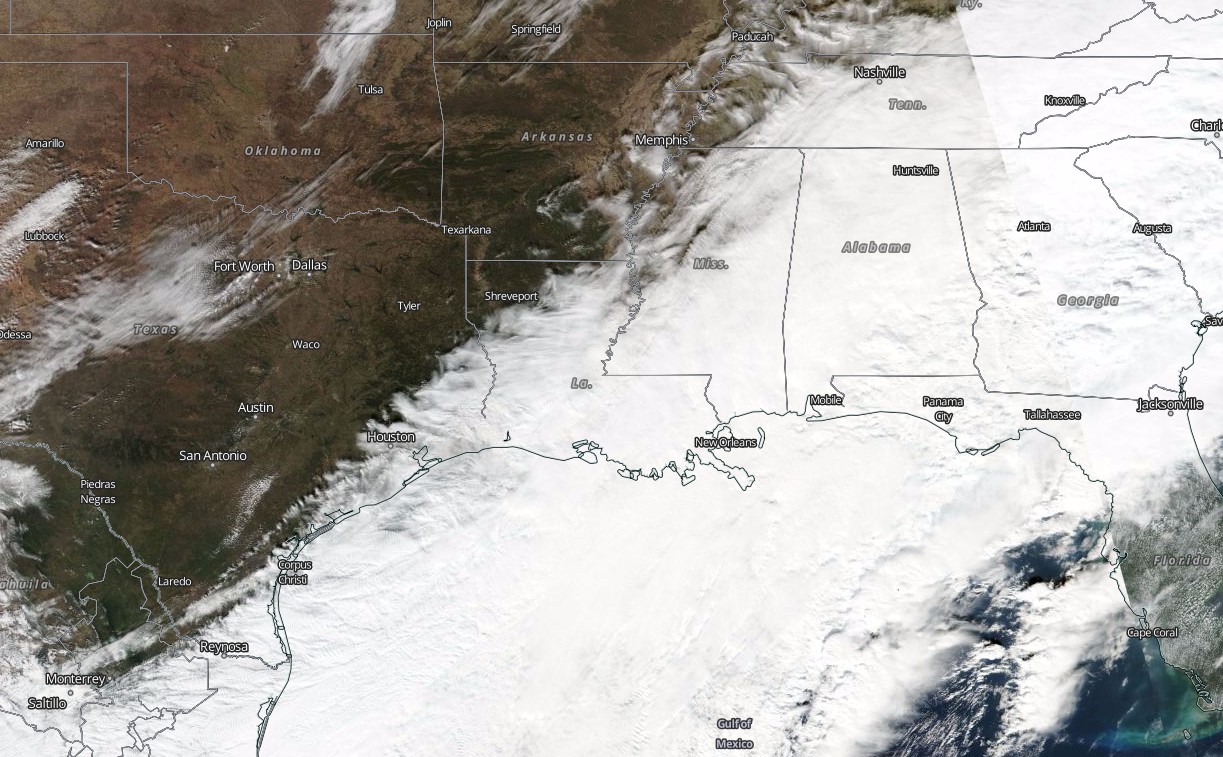 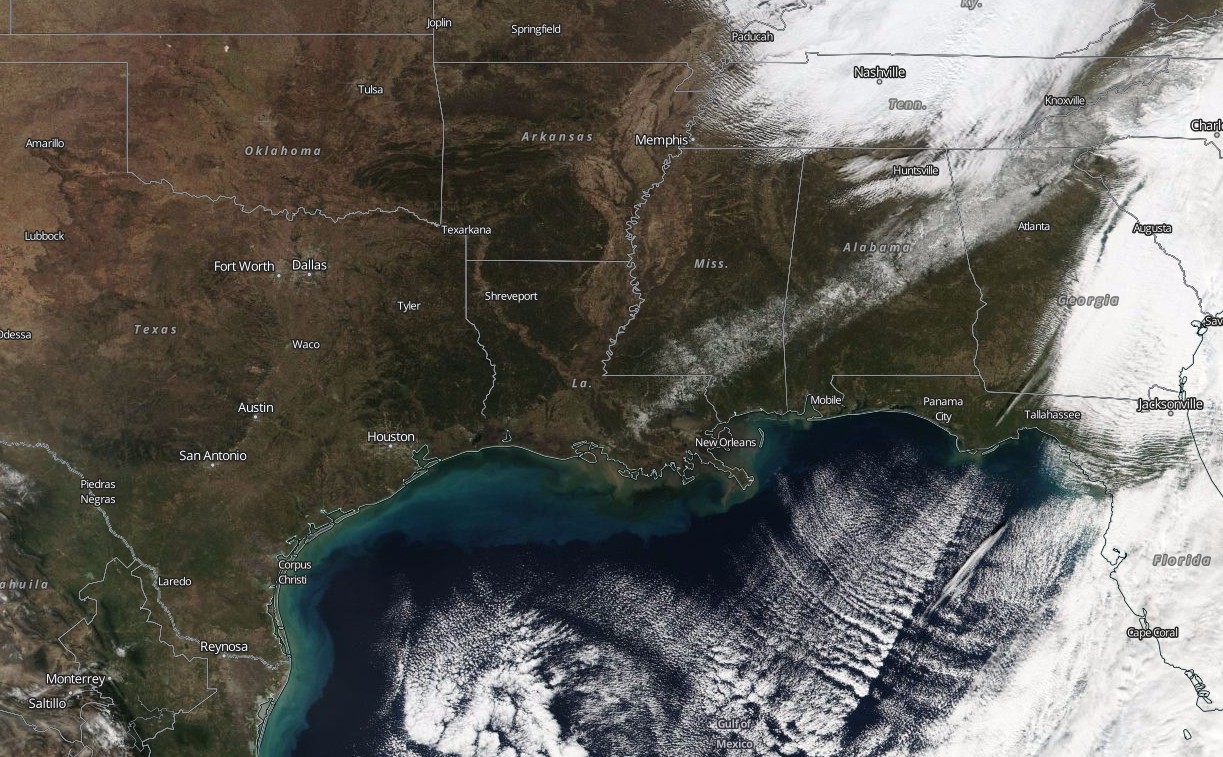 Relatively quiet weather will be in store for much of the country as the winter storm continues to pull away from the Northeast Sunday morning, NWS said.

A quick moving and moisture starved upper level disturbance will bring a chance of light snow showers to the Northeast today/tonight but the greatest snowfall accumulations will be east of lakes Erie and Ontario due to lake effect snow where local totals up to a foot are forecast into Monday.

Heavy lake effect snow accumulations will also be possible across the Michigan U.P. Monday night into Tuesday behind a quick moving clipper system. This clipper is expected to drop into the north-central U.S. tonight bringing light snow, 2.5 to 7.6 cm (1 to 3 inches), to northern Minnesota and Wisconsin by Monday afternoon.

Regarding temperatures, the East Coast will be 5 – 15 degrees F (2.8 – 8.3 °C) below average today with some moderation on Monday. Most of the Plains will be 10 to 25 degrees F (5.5 to 14 °C) above average today and Monday with westerly to northwesterly downslope winds at the surface.

Winds will also be gusty at times, especially on Monday after the passage of a cold front tied to the aforementioned clipper system. These winds will also generate dry conditions leading to an elevated risk for wildfires extending throughout parts of the southern and central High Plains through Monday.