MMS, launched in 2015, uses four identical spacecraft flying in a pyramid formation to take a 3-D look at the magnetic environment around Earth. The mission studies how particles transfer into the magnetosphere by focusing on the causes and effects of magnetic reconnection — an explosive event where magnetic field lines cross, launching electrons and ions from the solar wind into the magnetosphere.

By combining observations from MMS with new 3-D computer simulations, scientists have been able to investigate the small-scale physics of what’s happening at our magnetosphere’s borders for the first time. The results, recently published in a paper in Nature Communications, are key for understanding how the solar wind sometimes enters Earth’s magnetosphere, where it can interfere with satellites and GPS communications.

Inside the magnetosphere, the density of the space plasma — charged particles, like electrons and ions — is much lower than the plasma outside, where the solar wind prevails. The boundary, called the magnetopause, becomes unstable when the two different density regions move at different rates. Giant swirls, called Kelvin Helmholtz waves, form along the edge like crashing ocean waves. The once-smooth boundary becomes tangled and squeezed, forming plasma tornadoes, which act as portholes for the transportation of charged particles from the solar wind into the magnetosphere.

Kelvin Helmholtz waves are found across the universe wherever two materials of different density move past one another. They can be seen in cloud formations around Earth and have even been observed in other planetary atmospheres in our solar system.

Using large-scale computer simulations of this mixing, performed at the Oak Ridge National Laboratory in Oak Ridge, Tennessee, on the Titan supercomputer, and comparing them to observations MMS took while passing through such a region in space, scientists were able to show that the tornadoes were extremely efficient at transporting charged particles — much more so than previously thought. The comparisons between the simulations and observations allowed the scientists to measure the exact dimensions of the tornadoes. They found these tornadoes to be both large and small — ones reaching 14 967 km (9 300 miles) spawned smaller tornadoes 97 to 145 km (60 to 90 miles) wide and over 201 km (125 miles) long. 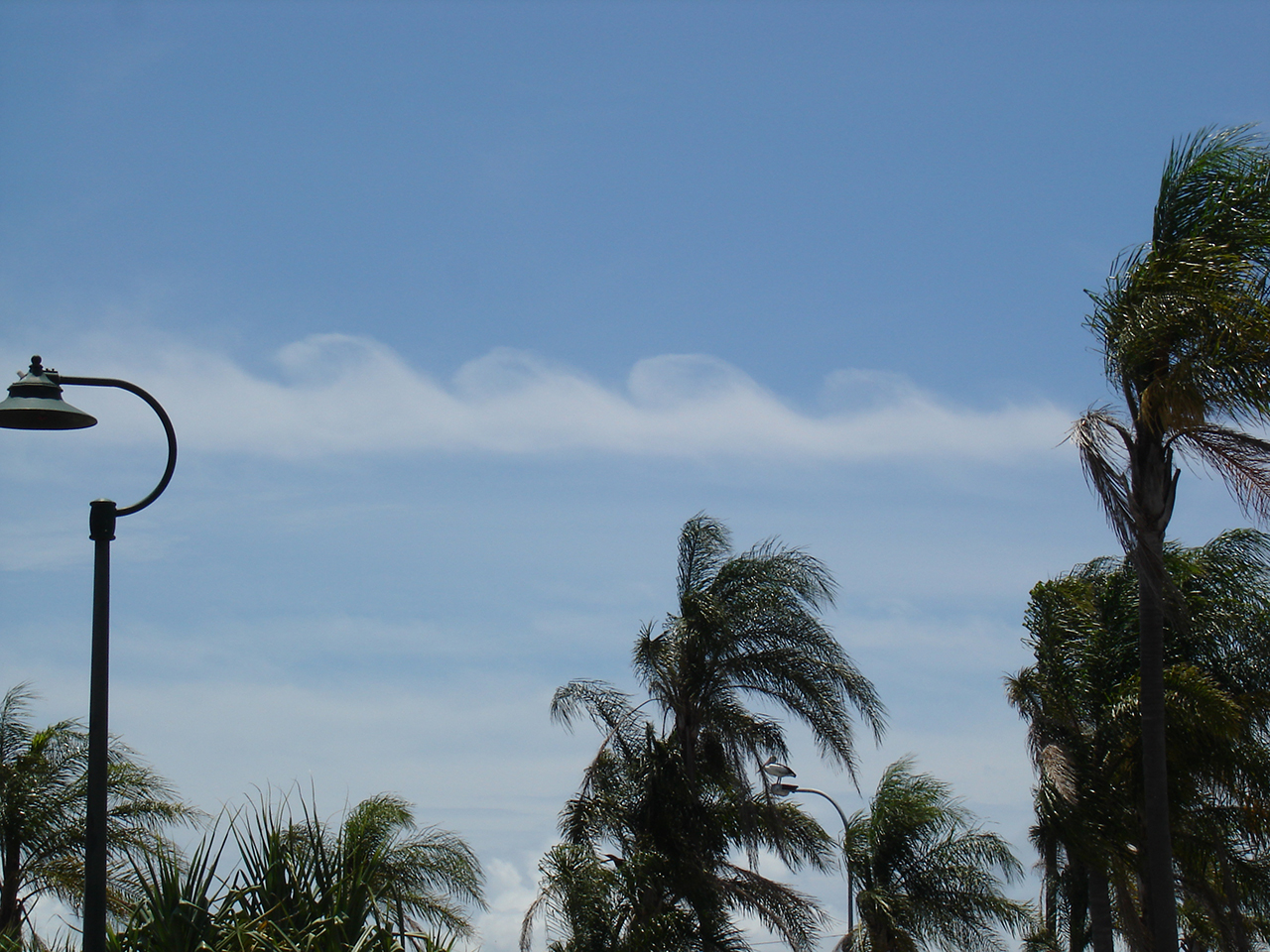 Kelvin-Helmholtz waves, with their classic surfer's wave shape, are found in nature wherever two fluids meet, such as in these clouds. Credits: Danny Ratcliffe

MMS recently moved into a new orbit, flying on the far side of Earth, away from the Sun. Here too, it will continue to study magnetic reconnection, but focus instead on how energy and particles interact within Earth’s magnetosphere, in the long trailing magnetotail. Understanding such fundamental processes in Earth’s neighborhood helps improve our situational awareness of the space that surrounds us — crucial information as it becomes ever more filled with satellites and communications systems we depend on.