A rare tropical cyclone-like storm dubbed 'medicane' formed in the Ionian sea on November 17, 2017, and is affecting the region with heavy rain and strong winds. This strengthening storm is expected to hit the western coast of Greece on Saturday, November 18 or early November 19. This is the second medicane to form this year and the second within the past 20 days.

Named Numa by the Free University of Berlin, and known as Zenon in Greece (derived from theonym Zeus), the center of this system is currently located southeast of Italy. Heavy rain it produced over the past couple of days has already caused severe flash flooding near Athens, Greece, on November 15, killing at least 16 people and leaving 2 others missing.

The system is strengthening and is expected to start moving east towards the western coast of Greece on November 18.

Numa will dump more heavy rain on already saturated ground and most like result in another wave of serious flash flooding across the country.

Medicanes, short for Mediterranean hurricanes, are relatively rare in Europe, typically forming once or twice each year. They can be very destructive and deadly, even when they don't reach their full potential.

This is Europe's second medicane this year and the second within 20 days. The last one started forming on October 28 and dissipated before October 30, after striking Malta with strong winds and large waves. The previous one formed October 31, 2016, also in the Ionian Sea, between the west coast of Greece and southern Italy.

Although the first official medicane was named by NOAA in 2011 (Medicane Rolf), such storms have been observed way before that. In 1969, for example, a very strong medicane hit the coast of north Africa, killing nearly 600 people in Tunisia and Algeria. 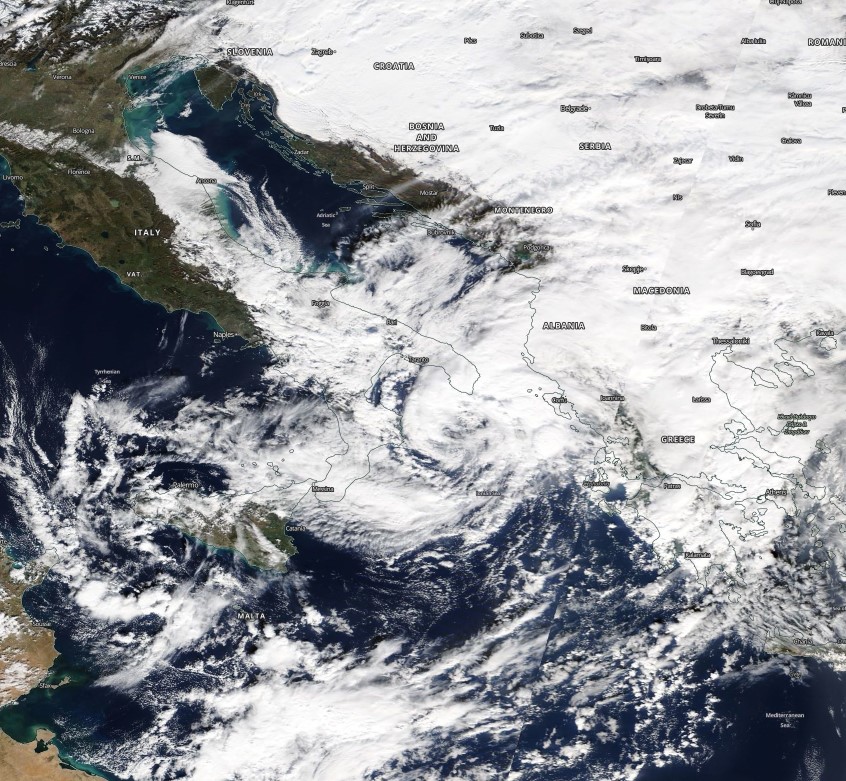 There is still no official forecasting center dedicated to medicanes, but since some studies predict there will be more of them in the future, it might be a good time to form one.

It is interesting to note that the name Numa when written backward says Amun. Amun was a major ancient Egyptian deity who appears as a member of the Hermopolitan Ogdoad. It was associated with wind and known in Greece as Zeus, god of sky and thunder. Greek name Zenon is derived from the theonym Zeus.

The system has developed a well-defined eye. Its center is just southeast of Puglia, southeast Italy. The system is still expected to gain more strength and make landfall over the coast of western Greece late Saturday/early Sunday, November 19. 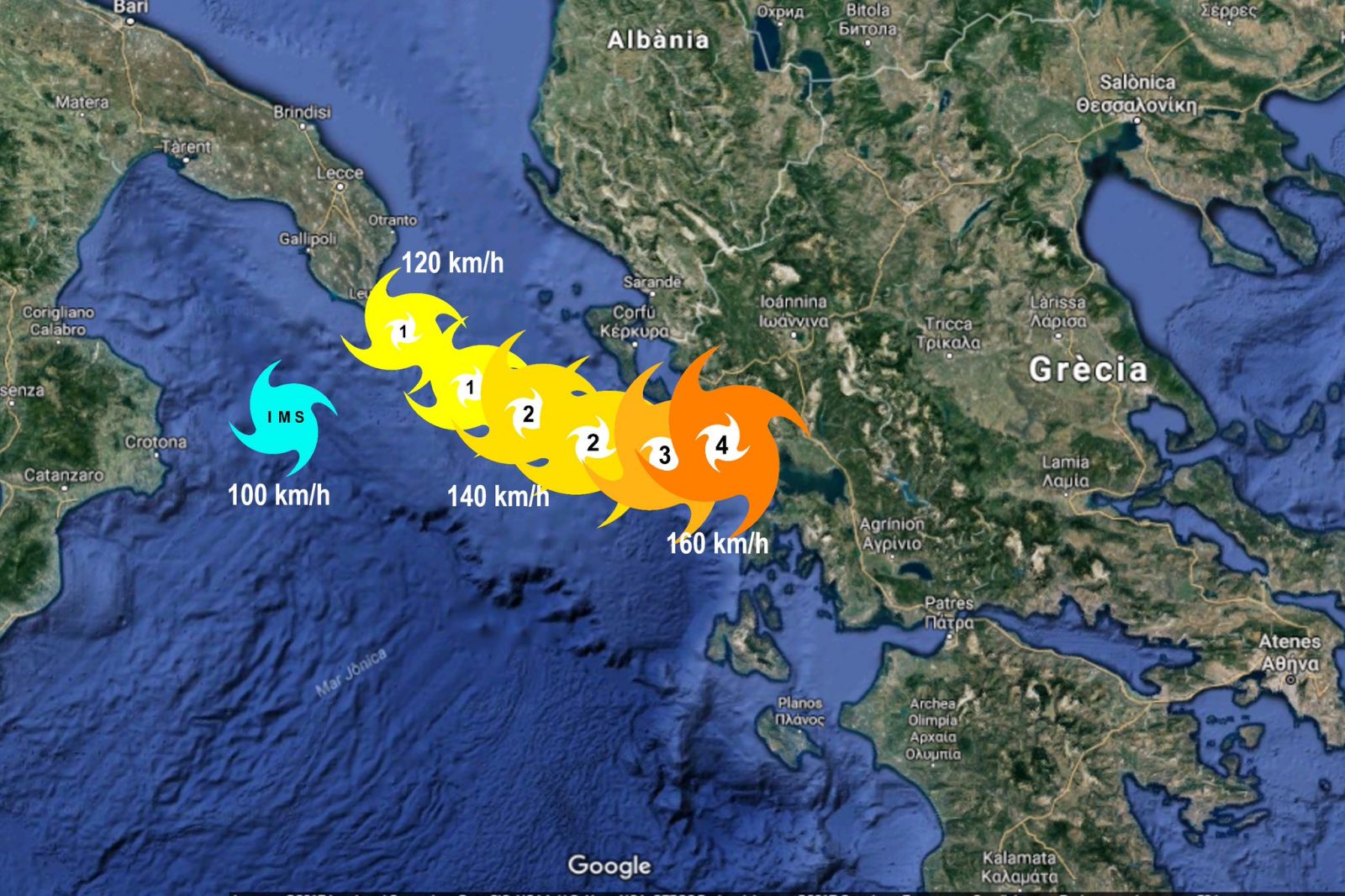 According to the European Mediterranean Medicane Center, a newly formed organization providing unofficial information on tropical storms and cyclones/Medicanes in the Mediterranean Sea, Numa (or Alex as they named it) will soon become a Category 1 Medicane (MTCIS scale) with sustained winds of 120 km/h (74 mph) and could gain more power, reaching up to 160 km/h (99 mph).

#Numa appears to have transitioned into a fully-tropical cyclone. Deep convection surrounds the center, and I would probably call that an eye. Rare situation here. pic.twitter.com/trBNiuFzWx

The next few hours #Alex "#Numa" will become a category 1 #Medicane MTCIS scale with sustained winds of 120 km/h and he could gain more power. pic.twitter.com/uosqU3UOfP

Still plenty of uncertainty the peak winds associated with #medicane #Numa through tonight and tomorrow – the ARPEGE model is again more vigorous than most, with peak gusts >160 kph
–>https://t.co/czNRGOIiCk pic.twitter.com/xw4qSIXuRt