This is still a preliminary report, NWS Houston said, adding that the old record for the City of Houston was 1 850.6 mm (72.86 inches) set in 1900 when the deadliest hurricane in US history destroyed Galveston. NWS keeps records as far back as 1888. 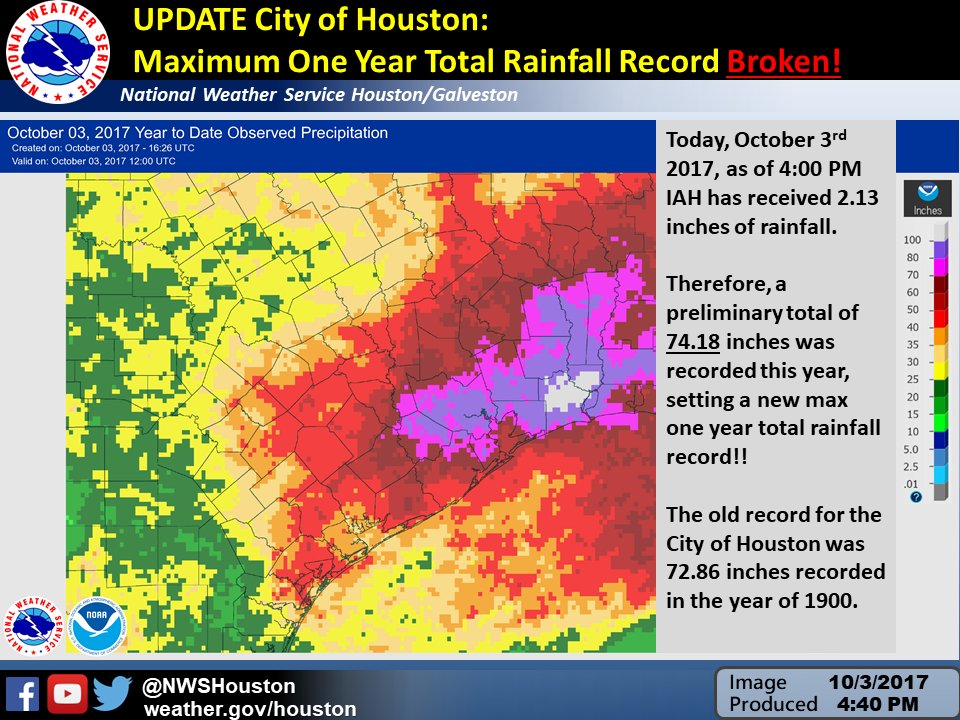 Hurricane "Harvey" dumped nearly 1 016 mm (40 inches) of rain at Bush Airport and accounted for more than half of the city's 2017 rainfall to date.

"When you have tropical storms and hurricanes like we have, like Harvey, which was such a big rainmaker, you're going to have higher rainfall totals," said Nikki Hathaway, a meteorologist with the National Weather Service, as reported by Houston Press.

Forecasters are unable to project how much more rain Houston will get this year, but if Houston gets average rainfall in October, November and December, it can expect about 330 mm (13 inches) of additional precipitation. That would bring the yearly total to about 2 184 (86 inches). 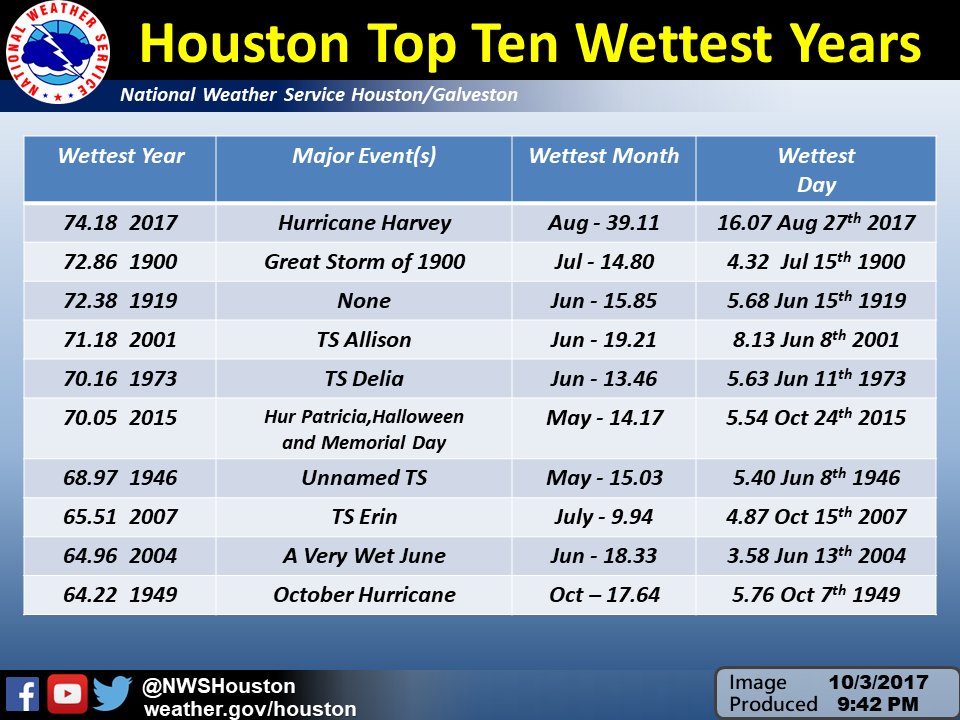