A brilliant fireball streaked through the night sky over southern Arizona, US around 03:32 UTC on September 24, 2017 (20:32 MDT, September 23). The event lasted about 12 seconds and produced a sonic boom picked up by a seismometer near Tucson.

The American Meteor Society (AMS) received 35 reports of a fireball seen over Arizona and New Mexico. 6 eyewitnesses reported hearing a sound associated with the event, 3 delayed and 3 concurrent, while 12 of them reported seeing fragmentation. 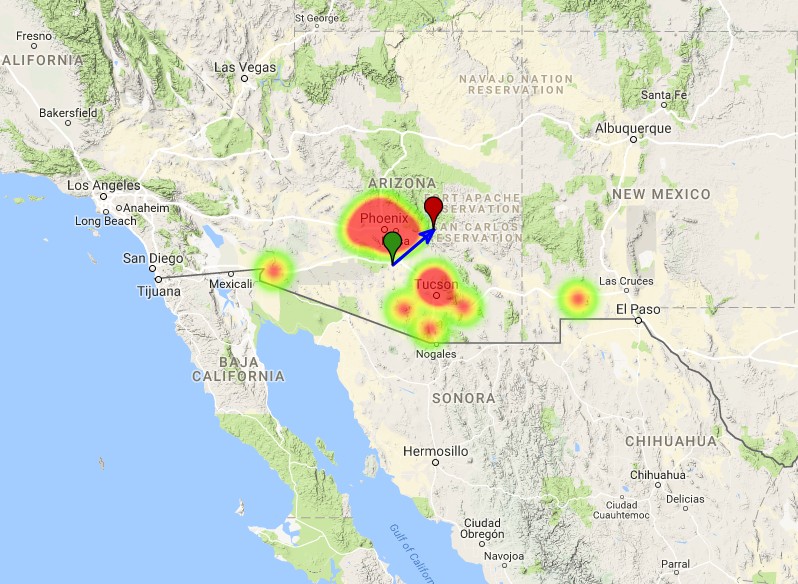 The disruption produced a sonic boom that was picked up by a seismometer near Tucson. This indicates that the fireball may have produced meteorites that dropped somewhere over the desert.

Video data analysis indicates that the object that produced the fireball was likely an asteroid fragment that weighed approximately 45 kg (100 pounds) and had a diameter of roughly 30 cm (1 foot).