A total of 210 earthquakes have been detected in Southeast Idaho near the city of Soda Springs, Caribou County since Saturday, September 2, 2017. Experts say that they can't guarantee there won't be a larger quake in this area, but 'the possibility is extremely low.' 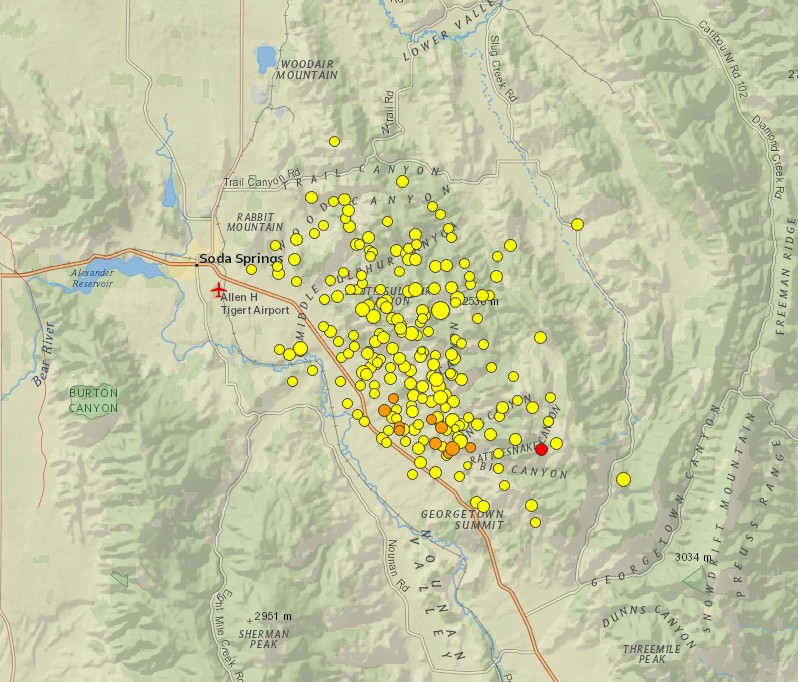 "While we can’t guarantee that there won’t be a larger quake in this area, the possibility is extremely low," said Shannon Kobs Nawotniak, an Idaho State University geosciences assistant professor who studies earthquakes, as quoted by the Idaho State Journal.

"We live in a seismically active area, so everyone should always be up to date on their earthquake safety, just like they would for a fire drill. It is prudent to be prepared, even when the likelihood of the event is very low."

Pearson said the chance of the 7.0 quake occurring are very low but considering the current earthquake swarm that's shaking Southeast Idaho people should be prepared for it nonetheless.

"There is most likely not going to be a larger earthquake but there is the possibility of a larger one," Pearson said. "I don’t want to say everything is fine here because there’s the possibility it won’t be."

Pearson advised Southeast Idahoans to make sure they secure all heavy objects in their houses to walls to keep them from falling. He also said it would be wise to remove anything heavy that’s above your bed so it can’t fall on you and cause injury.

The strongest earthquake in the history of Idaho is M6.9 that struck in 1983 between Mackay and Challis. It was responsible for the deaths of two children.