This week's strong winds lofted a huge dust plume from western Africa and carried it toward the northeast into Europe and west toward Cabo Verde Islands. The event is ongoing, reaching far into eastern Europe and over the Atlantic Ocean.

While very high load of dust is expected to affect the entire southern Italy at least until Saturday night, May 13, models suggest the event will continue affecting the region until Tuesday, May 16, when the sky over southern Italy should be completely clear.

At the same time, for the fourth day in a row, large amounts of dust are being pushed over the Atlantic Ocean toward Cabo Verde, the Carribean and South America.

NASA's MODIS instrument aboard Terra satellite acquired this natural-color image of airborne sand and other aerosols at 12:10 UTC on May 9. 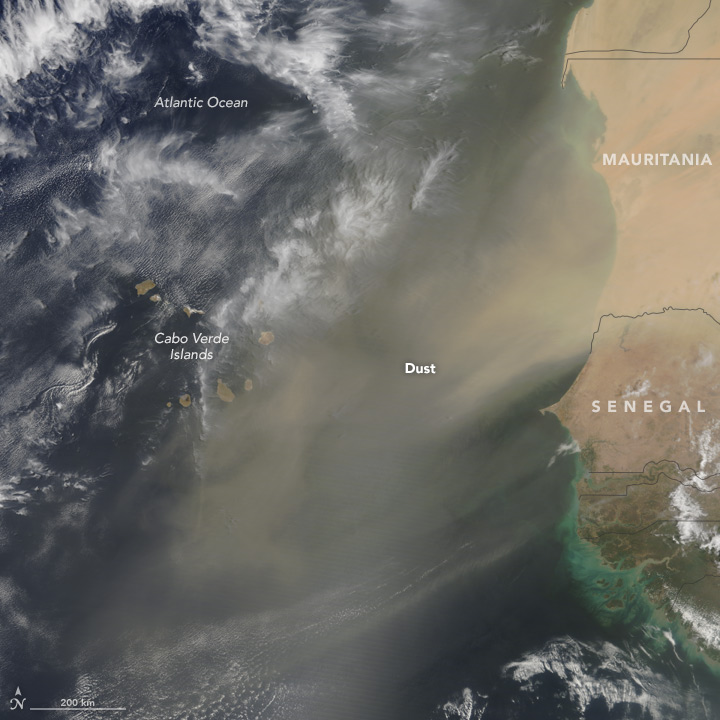 About 30 minutes after MODIS captured this image, astronauts on the International Space Station (ISS) passed over the region and recorded the event with their High Definition Earth Viewing (HDEV) video camera. Part of the plume is apparent throughout the duration of the video. By about three minutes in, nearly the entire visible sky area takes on a rusty hue.

The plume is still visible, stretching across the Atlantic and delivering nutrients to the land and ocean, and affecting the atmosphere and climate.