A strong and shallow earthquake registered by the USGS as M5.8 hit North Khorasan Province, Iran (Turkmenistan-Iran border region) at 18:01 UTC on May 13, 2017. The agency is reporting a depth of 12.4 km (7.7 miles). A yellow alert was issued for shaking-related fatalities. Casualties are possible. Iran Seismological Center reports M5.7 at a depth of 8 km (5 miles). 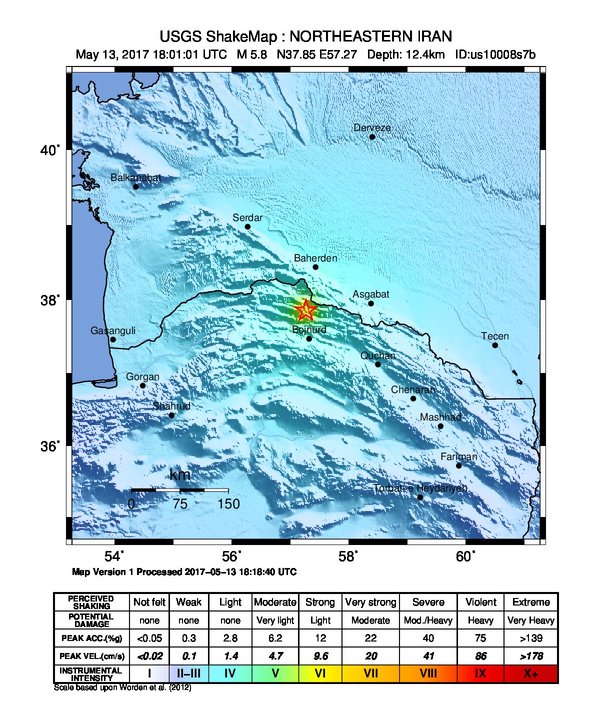 USGS issued a yellow alert for shaking-related fatalities. Some casualties are possible and the impact should be relatively localized. Past events with this alert level have required a local or regional level response.

Overall, the population in this region resides in structures that are vulnerable to earthquake shaking, though resistant structures exist. The predominant vulnerable building types are adobe block and low-rise nonductile concrete frame with infill construction.

At least three people have been killed and over 220 injured, Press TV reports. Search and rescue teams, including Red Crescent relief workers, have been dispatched to the region and are currently attending to the injured and searching for survivors. Local officials have noted that the earthquake’s aftermath has blocked access to several villages. They have noted that locals have been asked to sleep outdoors over the probability of aftershocks. 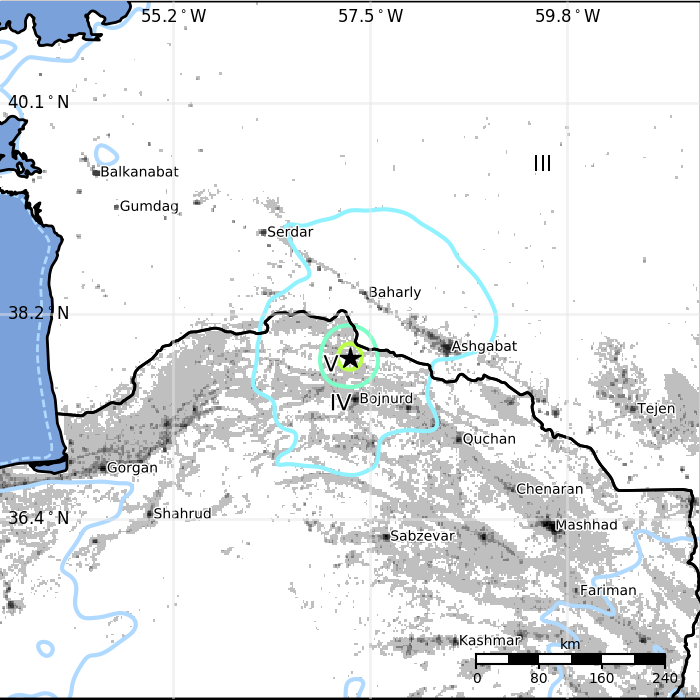 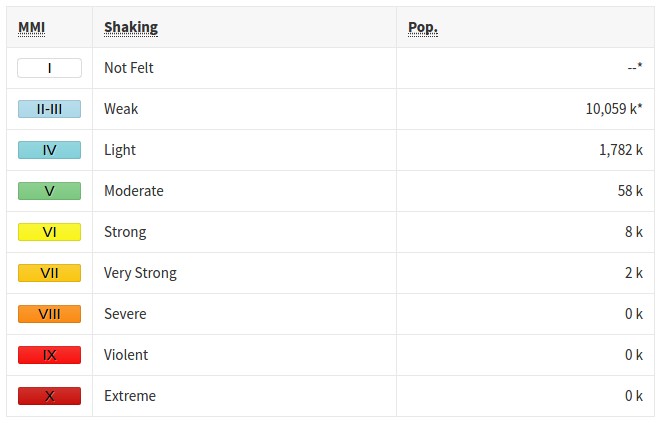 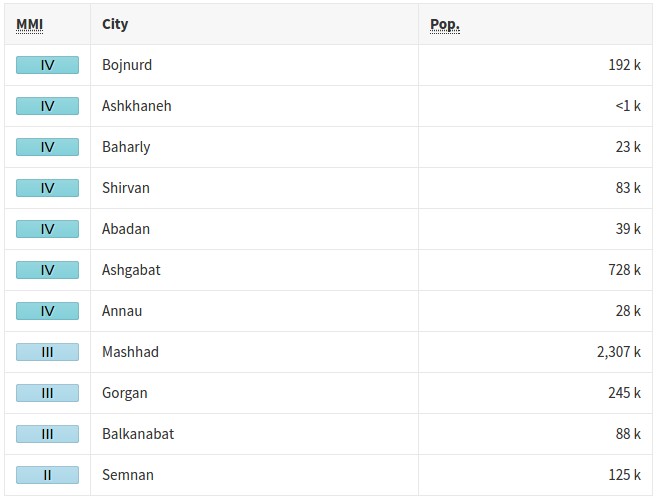