Local authorities said Haiti's South Department was still recovering from the passage of Hurricane "Matthew" when heavy rains started on April 20. Over the next two days, fast flooding destroyed several houses and affected 5 000 in Port Salut town. Flood waters destroyed a national road bridge connecting the town with the rest of the coast of the South Department, leaving several Matthew-affected municipalities without road access. The city of Les Cayes, South Department's capital, was also flooded.

At least six people have lost their lives, one of them by electrocution, Vant Bèf Info reported.

ECHO reported heavy rains caused important losses in crops, livestock, and fishery, jeopardizing livelihoods recovery activities focused on the most vulnerable in Matthew-affected areas. In some localities, damages on water supply systems have been reported.

Heavy rains and floods have also affected the neighboring Dominican Republic and Jamaica. 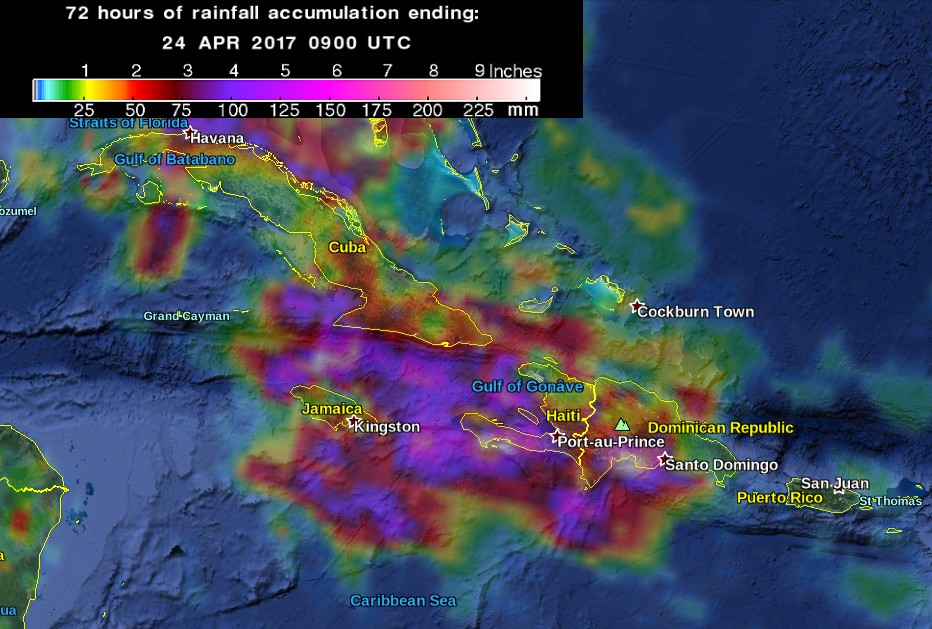 Jamaica Meteorological Service issued flash flood warnings on April 21, saying that “a trough across the western Caribbean and Jamaica continues to influence the weather conditions across the island.”

Jamaican Clarendon Municipal Corporation (CMC) says an estimated 5 000 people were affected by the floods and around 1 000 homes damaged.

Sections of May Pen, Clarendon were inundated this afternoon during heavy rains. The flooding was worse in Mineral Heights -Contributed pics pic.twitter.com/0opQvt0QpG