A very elusive transient luminous event called ELVES appeared on April 2, 2017, high above a thunderstorm in the Chech Republic and was captured by one very lucky amateur astronomer.

Martin Popek photographed the 300 km (186 miles) wide red ring of light hovering near the edge of space. "It appeared for just a split second alongside the constellation Orion," says Popek. 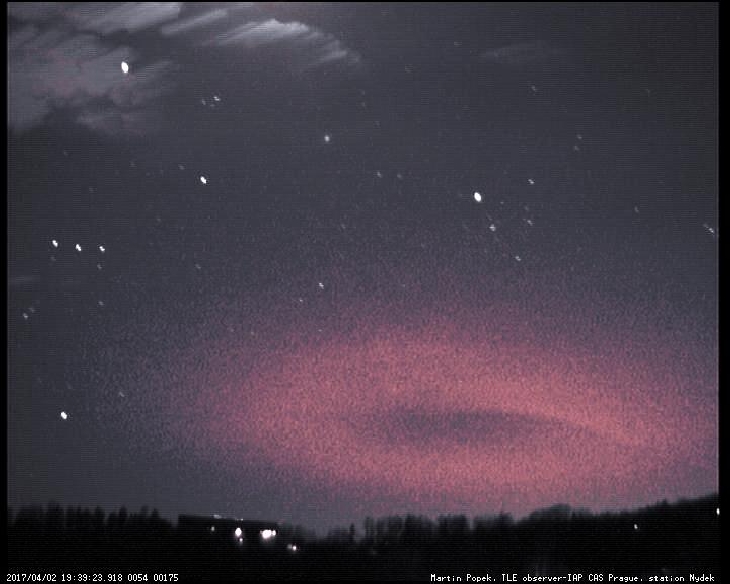 The huge ring of light Popek captured is a rare example of ELVES, short for Emissions of Light and Very Low Frequency Perturbations due to Electromagnetic Pulse Sources. They occur in the ionosphere 100 km (62 miles) above the ground over thunderstorms.

ELVES are completely invisible to the human eye. They often appear as a dim, flattened, expanding glow around 400 km (250 miles) in diameter that typically lasts just one millisecond. 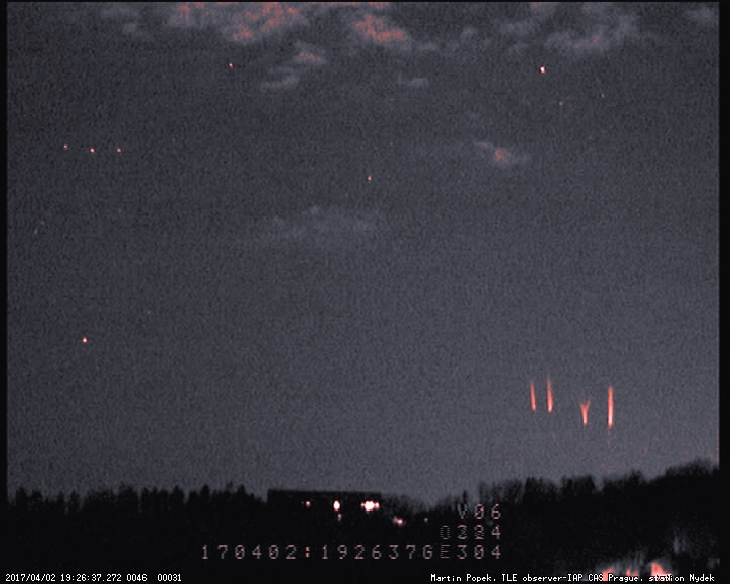 Emissions of Light and Very Low Frequency Perturbations due to Electromagnetic Pulse Sources refers to the process by which the light is generated: the excitation of nitrogen molecules due to electron collisions (the electrons possibly having been energized by the electromagnetic pulse caused by a discharge from an underlying thunderstorm).

They were first seen in a video recorded by cameras on the space shuttle on October 7, 1990, directly above an active thunderstorm off the coast of French Guyana (Boeck et al., 1992):

"A large horizontal flash appeared at the altitude of the airglow layer. It occurred in the video field before the appearance of main lightning flash in a thunderstorm that was near the limb of the Earth. They [Boeck et al.] concluded that the causative lightning flash occurred slightly after the video scan passed the location of the storm image. There was a clear view of the mesosphere below the airglow layer, but there was no indication of a sprite in the video sequence (although a sprite event was captured 4½ hours earlier under similar moonlight conditions). The video was presented at the 1991 Spring AGU meeting (Boeck et al., 1991a) as well as at the Aerospace Lightning Conference (Boeck et al., 1991b).

Several years passed before there was a second successful measurement of the ELVES phenomenon. On June 23, 1995, Lyons et al. (1995) and Fukunishi et al. (1996) confirmed the existence of a flash similar to the airglow flash seen earlier in the shuttle data, and Lyons et al. (1995) gave it the name ELVES. Lyons presented video images captured by a low-light-level TV camera sited near Ft. Collins, Colorado."