At least one person is dead, 3 are missing and 2 000 have been displaced after heavy, unseasonal rainfall caused severe flooding in central and western parts of Columbia between February 21 and 23, 2017. More heavy rain is expected over the weekend.

According to Colombia's meteorological agency Ideam, the conditions are unusual and the heavy rain is falling during what would normally be considered the dry season. They described the current weather as 'crazy.'

"We have very contrasting conditions," Ideam head forecaster Christian Euscátegui told El Colombiano. "As we maintain the red alert for fires in the Caribbean, we spent three weeks in January with atypical rains. Then we entered three weeks of dry condition, with fairly high temperatures and then we entered this week with some significant rains. We estimate that the precipitation will further increase during the next 8 days".

The FloodList reported at least one person was killed in floods in Gachetá in Cundinamarca after heavy rain increased levels of the Amuladero River near the village of Gachetá. The river overflowed, destroying at least 3 homes and leaving one person dead. One house was completely destroyed and 3 others severely damaged. Around 44 families have been affected in total.

In Huila, around 2 000 people have been evacuated after flooding in Rivera where 120 homes have been destroyed when the Frio and Neiva rivers overflowed. 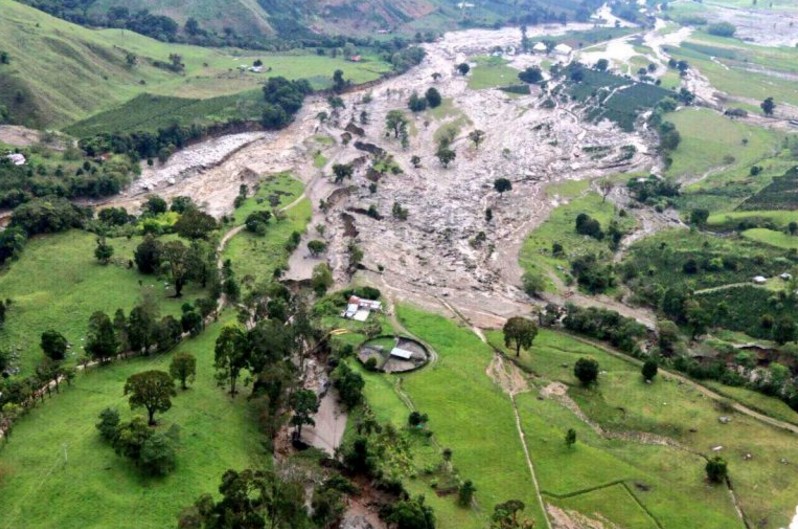 The weather is expected to turn bad over the weekend again, raising fears that further heavy rain could result in more rivers overflowing.

UNGRD began delivery of humanitarian aid to all regions affected by unseasonal rain.