Like the country didn't have enough natural disasters over the past several months, and years, yet another unstoppable disaster is affecting Italy's central region of Abruzzo, albeit rather slowly.

Civil authorities reported a slow-moving landslide is slicing a hill in the hamlet of Ponzano in Teramo in half, and a village, home to around 200 people, is at risk.

Several buildings have already collapsed or sustained severe damage as a result of the landslide, which is moving at a rate of about 1 meter per day (3.3 feet), but all of them are probably destined to collapse.

35 homes and a total of 120 people have been evacuated since February 12 when the slide was first detected. Residents said they had to evacuate within minutes. 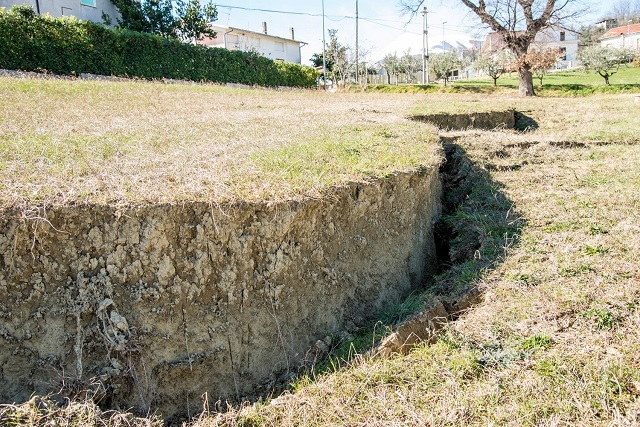 "Experts from the National Research Council and Civil Protection Agency have said that this is a paleo-landslide, caused by the combined effect of various earthquakes in the area and heavy snowfall," the town hall representative told The Local.

"Accumulations of two meters [6.5 feet] of snow melted very quickly because of high temperatures, which led to masses of water in the soil," they said.

Mayor Cristina Di Pietro said that the situation is growing more dramatic every day. "Unfortunately we cannot do anything for now, because we can't have an intervention before there are technical certainties."

Italy's Civil Protection Department and National Research Council have set up monitors in the village to track the movement, while firefighters are in place to help villagers recover belongings from their abandoned homes, The Local said.

The region of Abruzzo is still under a regional state of emergency, put in place after last year's series of earthquakes and extended due to further earthquakes, combined with extreme bad weather.