GeoNet's seismometer network between Taupo and the Tongariro National Park has been recording a swarm of small earthquakes since February 13, 2017. The swarm, a very common characteristic of the greater Rotorua-Taupo area, known as the Taupo Volcanic Zone, continues to date.

Earthquake swarms are defined as a sequence of many earthquakes striking in a relatively short period of time in a localized area. They are differentiated from ‘normal’ earthquakes followed by aftershocks by the fact that no single earthquake in the sequence is obviously the main shock. The larger or largest event can come early in the sequence towards the middle or at the end. The rate that earthquakes occur can also vary through the sequence. 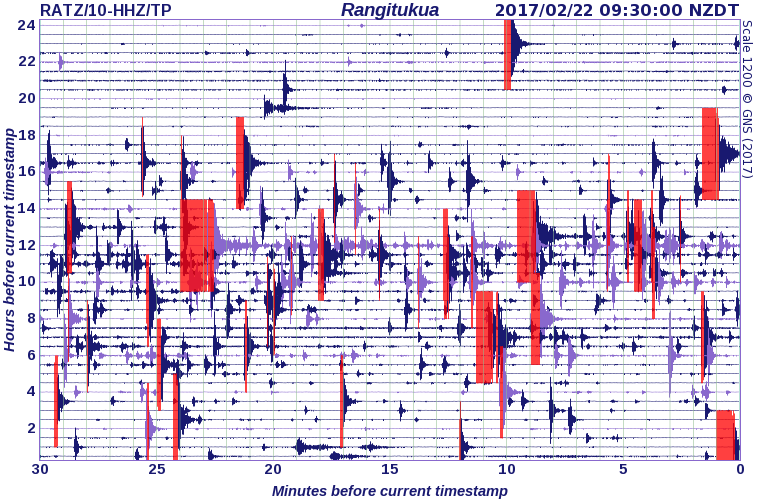 Earthquake swarms are very common in the Taupo Volcanic Zone. In 2008 there was a larger swarm in the same area, while in March 2015 there was one about 9 km to the north and another in October 2015 to the south.

The Taupo Volcanic Zone is a rifting area, growing wider each year by 6 – 9 mm [0.23 – 0.35 inches]. These earthquakes are likely to be related to the long-term ‘tectonic’ stretching of the Zone. Currently, there are no indications that the earthquakes are related to volcanic activity, being located well away from the active volcanoes. As usual, we continue to closely monitor the activity, Scott concluded.