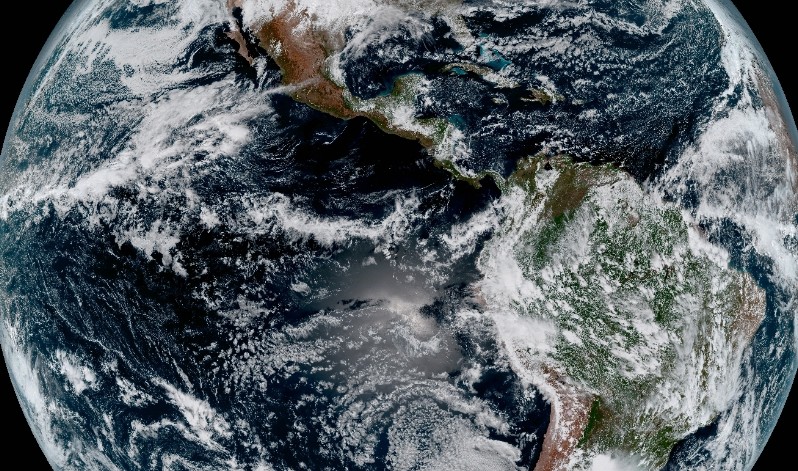 GOES-16 is next-generation weather satellite situated in geostationary orbit, 35 888 km (22 300 miles) above Earth, observing Earth in high detail – at four times the image resolution of existing GOES spacecraft. Its Advanced Baseline Imager (ABI) will enable scientists to explore the Earth's atmosphere and weather like never before, and usher in an era of new weather forecasting possibilities.

The higher resolution will allow forecasters to pinpoint the location of severe weather with greater accuracy, leading to more accurate and timely forecasts, watches and warnings.

GOES-16 can provide a full image of Earth every 15 minutes and one of the continental US every five minutes, and scans the Earth at five times the speed of NOAA’s current GOES imagers. 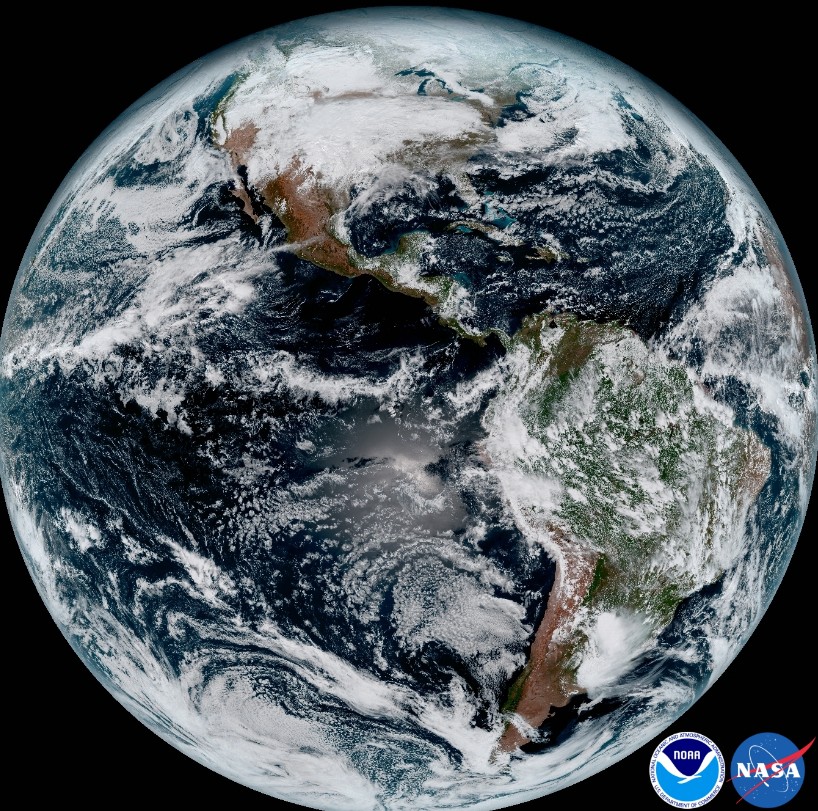 This composite color full-disk visible image is from 18:07 UTC (13:07 EDT) on January 15, 2017 and was created using several of the 16 spectral channels available on the GOES-16 Advanced Baseline Imager (ABI) instrument. Credit: NOAA/NASA

“This is such an exciting day for NOAA! One of our GOES-16 scientists compared this to seeing a newborn baby’s first pictures – it’s that exciting for us,” said Stephen Volz Ph.D. director of NOAA’s Satellite and Information Service. “These images come from the most sophisticated technology ever flown in space to predict severe weather on Earth. The fantastically rich images provide us with our first glimpse of the impact GOES-16 will have on developing life-saving forecasts.”

In May, NOAA will announce the planned location for GOES-16. By November 2017, GOES-16 will be operational as either GOES-East or GOES-West. Once operational, NOAA will use the satellite’s six new instruments to generate new or improved meteorological, solar, and space weather products. 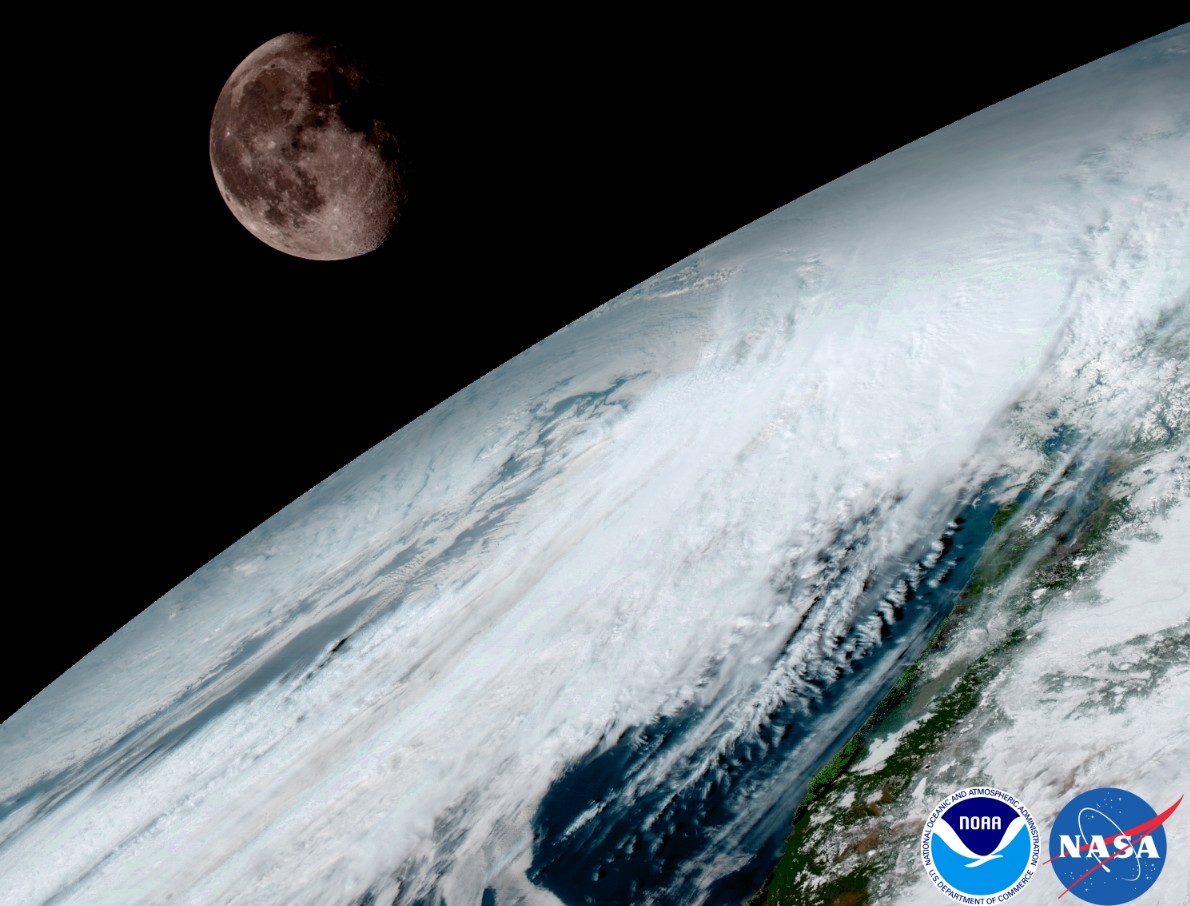 GOES-16 captured this view of the Moon as it looked across the surface of the Earth on January 15. Like earlier GOES satellites, GOES-16 will use the moon for calibration. Credit: NOAA/NASA

MAG observations of Earth's geomagnetic field strength are an important part of NOAA’s space weather mission, with the data used in space weather forecasting, model validation, and for developing new space weather models. The GOES-16 MAG samples five times faster than previous GOES magnetometers, which increases the range of space weather phenomena that can be measured.

Following on the heels of GOES-R will be, GOES-S, the second of four spacecraft in the series. GOES-S is undergoing environmental testing at Lockheed Martin’s Corporation facility in Littleton, Colorado, where it was built. A full set of environmental, mechanical and electromagnetic testing will take about one year to complete. The GOES-S satellite will be moved into the other operational position as GOES-17 immediately after launch and initial checkout of the satellite, approximately nine months after GOES-16.