The Extreme Ultraviolet and X-ray Irradiance Sensors (EXIS) Flight Model 2 instrument that will fly on NOAA's GOES-S satellite is now complete. The instrument successfully concluded its Pre-Shipment Review on October 21, 2014, at instrument developer Laboratory for Atmospheric and Space Physics in Boulder, Colorado. The instrument will be placed into storage until GOES-S spacecraft integration begins.

EXIS will be critical in aiding NOAA's efforts to understand and monitor solar irradiance in the upper atmosphere. It will be able to detect solar flares that could interrupt communications and reduce navigational accuracy, affecting satellites, high altitude airlines, and power grids here on Earth. On board the EXIS are two main sensors, the Extreme Ultraviolet Sensor (EUVS) and the X-Ray Sensor (XRS) which will help scientists monitor activity on the Sun.

The Extreme Ultraviolet Sensor (EUVS) will monitor solar variations that will affect satellite tracking and drag. In addition, the EUVS will record changes in the ionosphere, the portion of the Earth's upper atmosphere that is most affected by solar radiation. The NOAA Space Weather Prediction Center monitors this area of the Earth's atmosphere because it is critical to communication and navigation here on Earth.

The XRS is important in monitoring x-ray input into the Earth's upper atmosphere and alerts scientists to x-ray flares that are strong enough to cause radio blackouts and aide in space weather predictions. 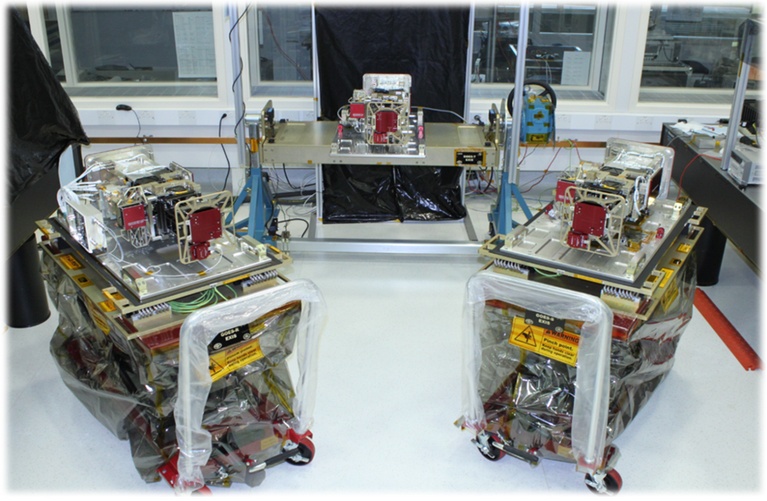 The GOES-S satellite, along with GOES-R and GOES-T and the future GOES-U, comprise the new GOES-R series of satellites.

The Geostationary Operational Environmental Satellites – R Series (GOES-R) is the next generation of geostationary weather satellites, scheduled for first launch in early 2016. The series will be more advanced than NOAA’s current GOES fleet.

New satellites are expected to more than double the clarity of today's GOES imagery and provide more atmospheric observations than current capabilities with more frequent images. The program is a collaborative development and acquisition effort between NOAA and NASA to develop, deploy and operate the satellites.

The advanced spacecraft and instrument technology on the GOES-R series satellites will result in more timely and accurate weather forecasts for NOAA’s National Weather Service. It will improve support for the detection and observations of meteorological phenomena, including severe storms and hurricanes.