There are about 2.3 million people living in the felt area.

The quake lasted up to 6 seconds and was felt in a wide area. At least one aftershock was reported 17 minutes later.

EMSC received 85 testimonies within 90 minutes and warned aftershocks are likely to occur in the following days. "Secure items that could fall and cause injuries (ie. bookshelves, mirrors, light fixtures…)."

Witnesses said they heard loud deep explosion and rumble, followed by strong shaking up and down. Many said they have never experienced an earthquake this strong in the region.

There are reports of minor damage. All schools in Trogir and Split have been evacuated and closed.

Marjan tunnel in Split was closed due to a danger of vents (fans) and lights falling off. 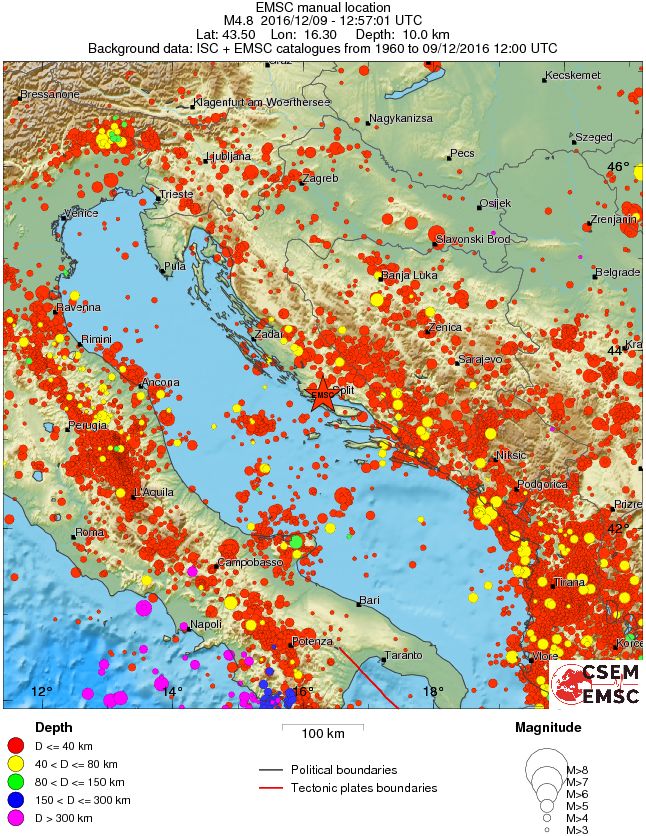