Croatian Geophysical Institute is reporting the strongest one as M5.5, making it the largest earthquake to hit Zagreb since 1880 (M6.3).

Widespread damage was reported across the capital and nearby cities.

At least 27 people were injured, of which 18 severely. 1 person has been killed.

At least 30 aftershocks were registered before the end of the day (LT).

Estimated economic losses are less than 1% of GDP of Croatia. 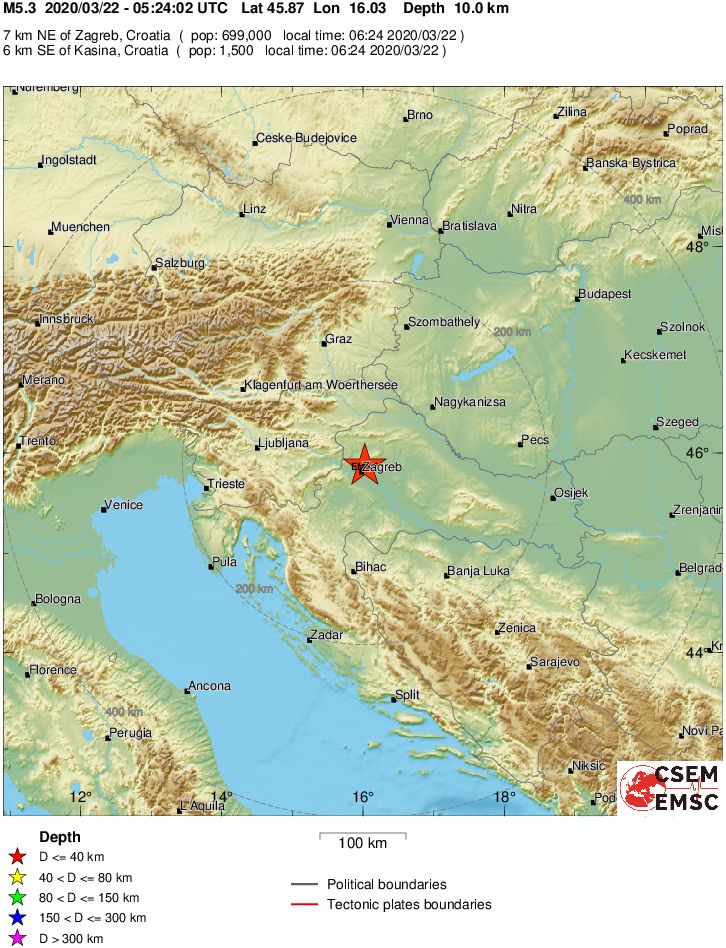 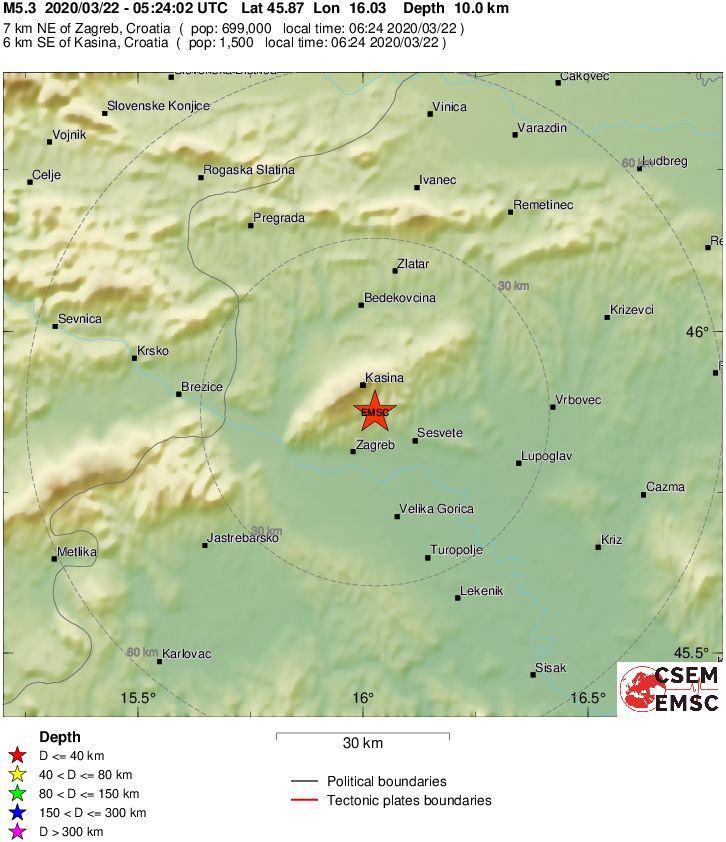 The quake lasted more than 10 seconds, resulting in widespread damage across the capital and nearby cities and causing many people to rush into the streets.

Zagreb's iconic cathedral, rebuilt after it toppled during the 1880 M6.3 earthquake, was also damaged, with the top of its two spires collapsing.

Authorities from the nearby Nuclear Power Plant Krško said the plant was not damaged.

Internet services are down in some areas.

Power outages have also been reported.

People living close to the epicenter are reporting frequent tremors.

In total, 27 people were injured, of which 18 severely. 12 of them were hospitalized, including a 15-year-old girl who was hit by falling debris. Unfortunately, she died in the hospital on March 23. 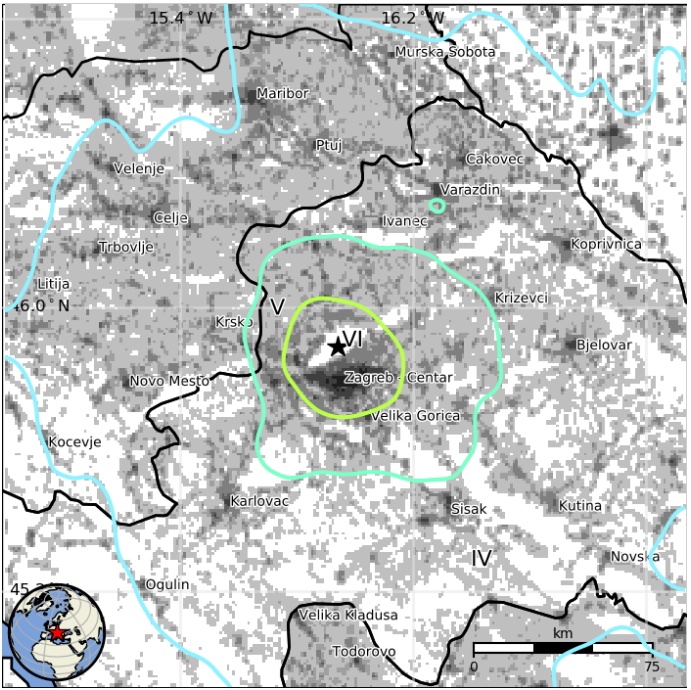 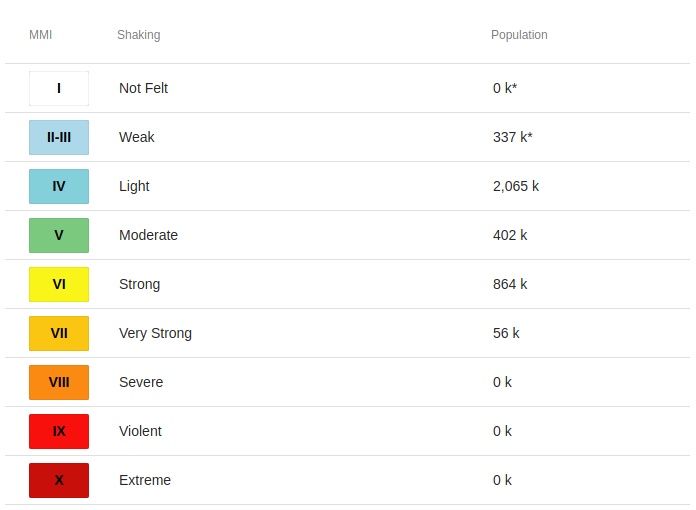 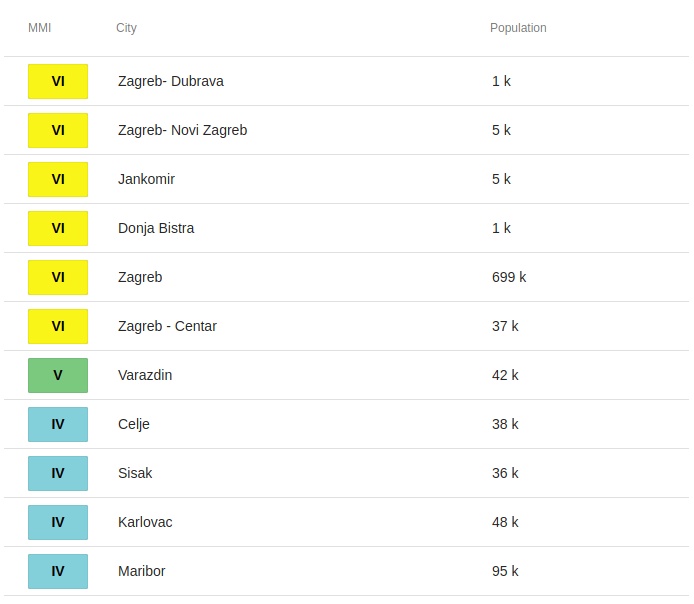 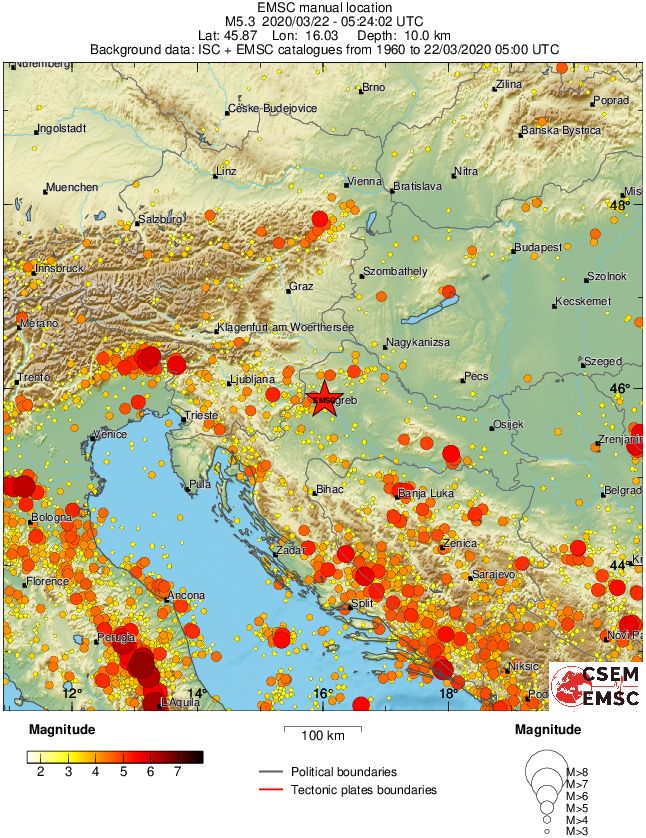 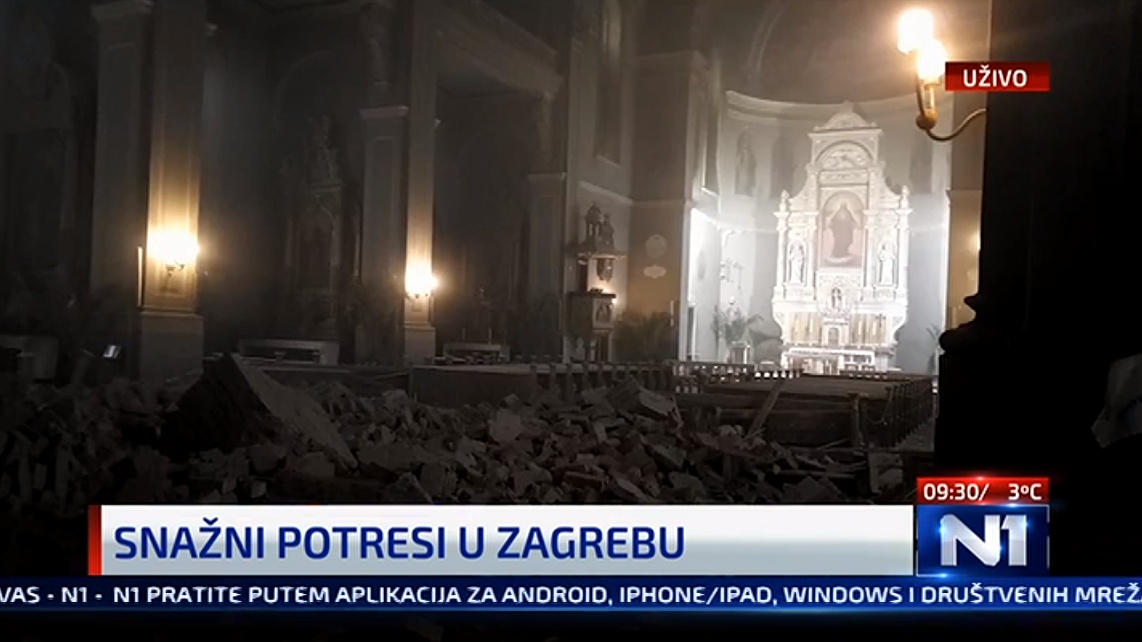 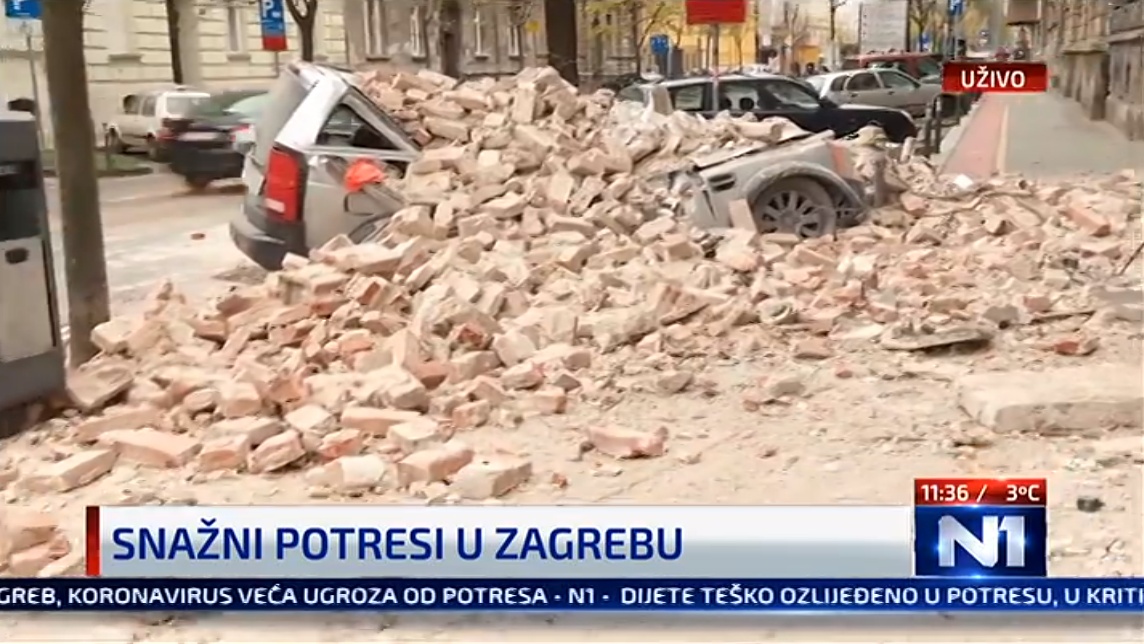 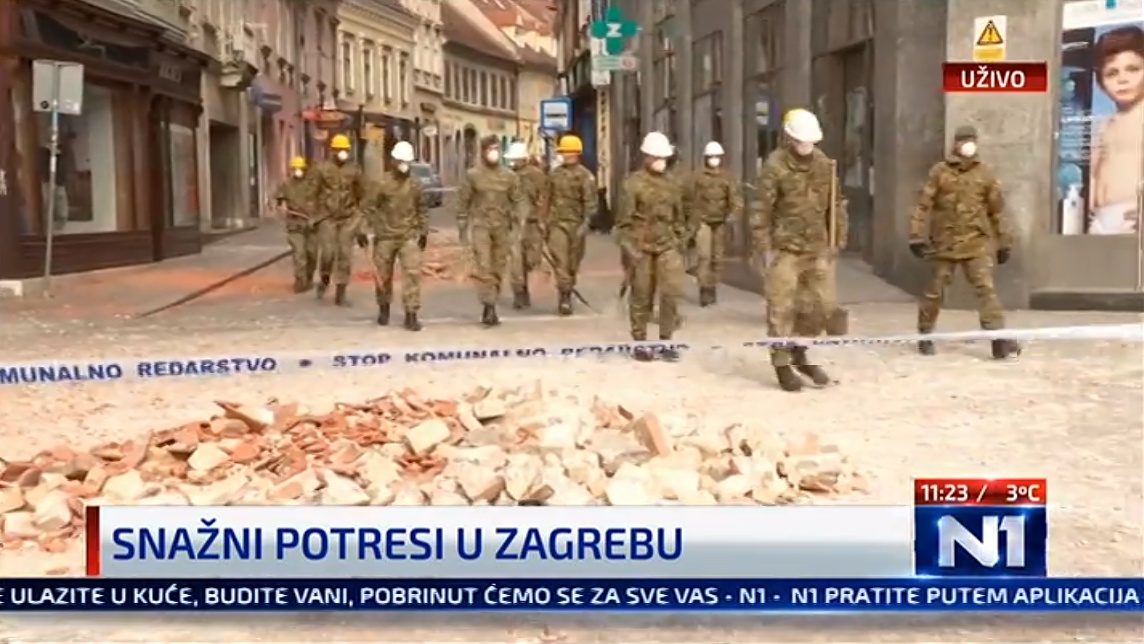 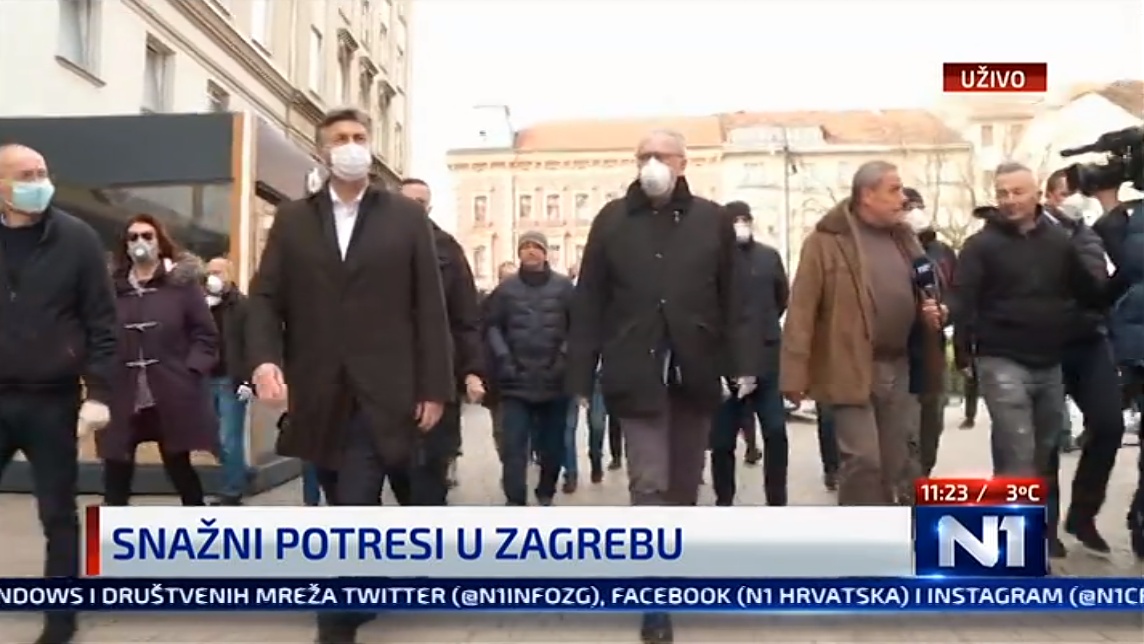 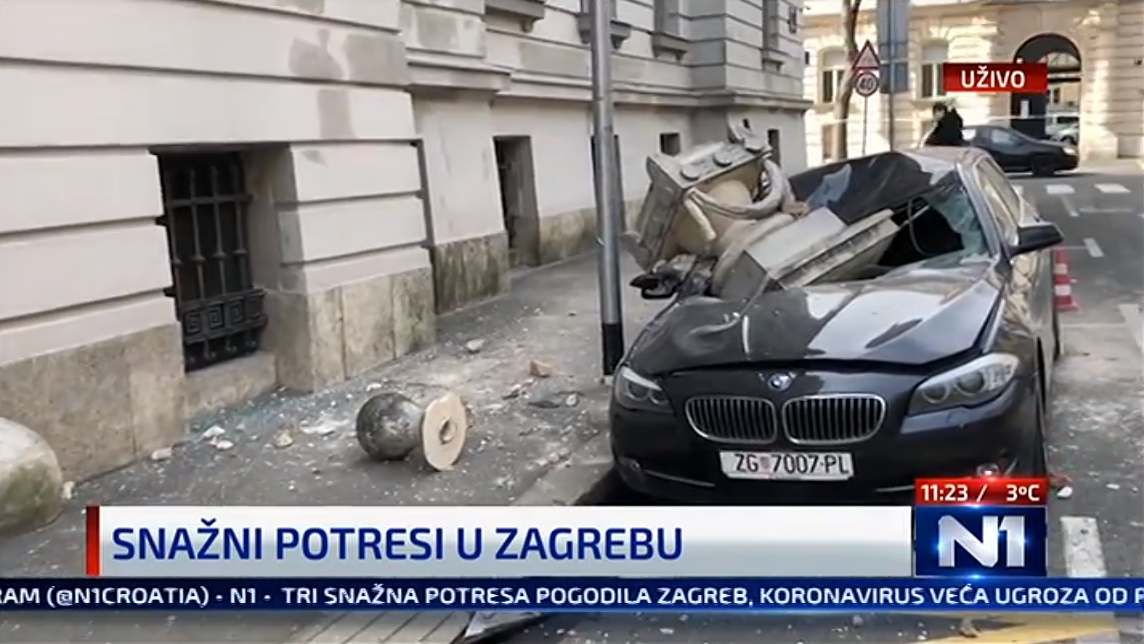 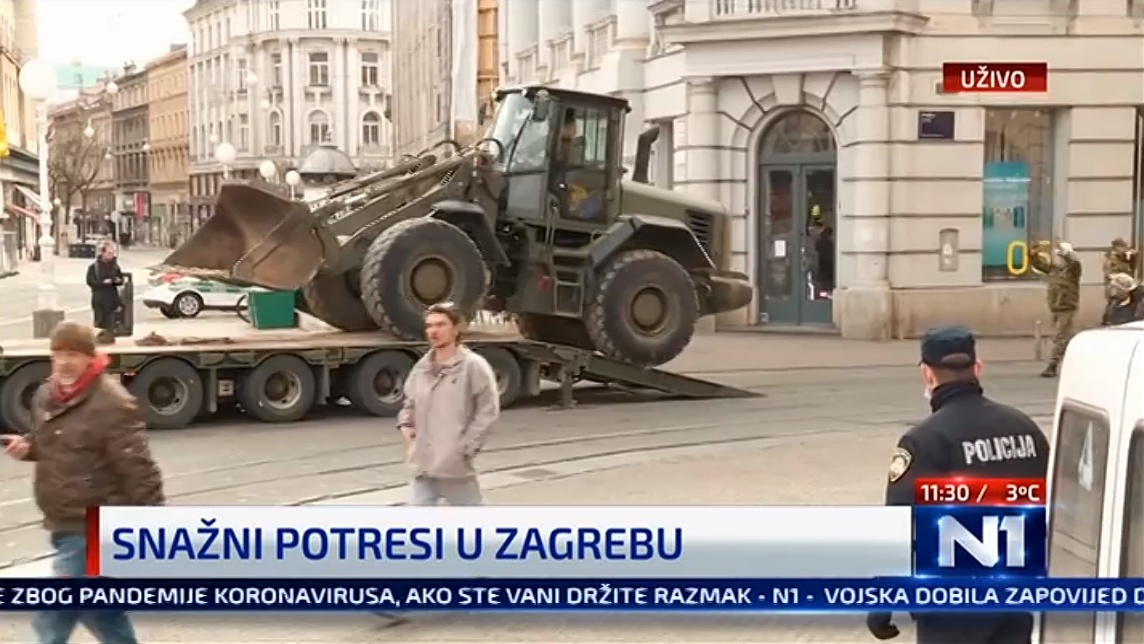 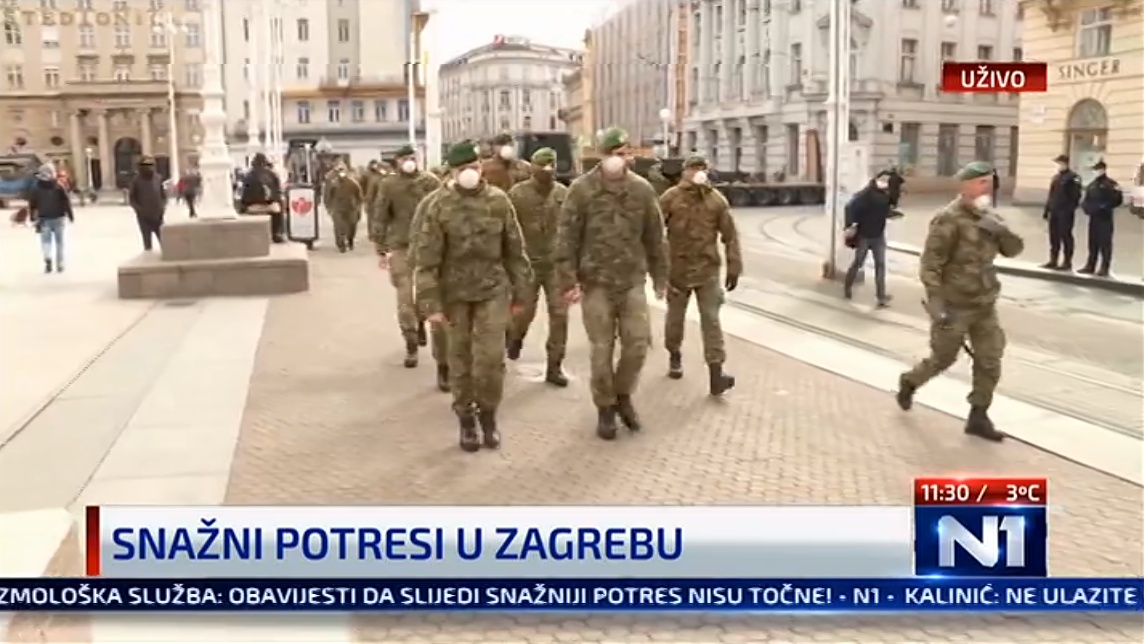 MY GOD PRAY FOR US

Earthquake just hit was, it was huge 5.9.

CoronaVirus is here, our hospital are in huge problems, people are outside #Covid_19 #Croatia #Zagreb pic.twitter.com/937pAsycFS

Serious damages folllowing earthquakes in #Zagreb in last hours and minutes. Because of quarantine most people were at home, now gathering outside and leaving by car. Hospital treating #COVIDー19 very close too. Casualties still unknown
Here are pics and videos a friend sent me pic.twitter.com/hyd9S0dCYN

And now after the lockdown, the earthquake. Southern Europe is the center of hell right now. From my drive around this morning downtown after the quake #zagrebquake #croatiaquake #potres #Croatia pic.twitter.com/Bx3glVJxIo