Aftershocks related to the M6.4 earthquake that struck the city of Petrinja, Croatia at 11:19 UTC on Tuesday, December 29, 2020, are migrating north toward the capital Zagreb, Croatia. This is the strongest earthquake to hit Croatia since records began in 1880 — with The Great Zagreb Earthquake (M6.3) on November 9, 1880.

"The quakes are migrating onto a mapped fault that cuts through the capital city of Zagreb," Temblor seismologists said on January 1, 2021.

"The mainshock most likely struck on an unmapped ‘right-lateral’ fault, which connects to the mapped ‘left-lateral’ fault. While unlikely, delayed triggering of another large shock is possible." 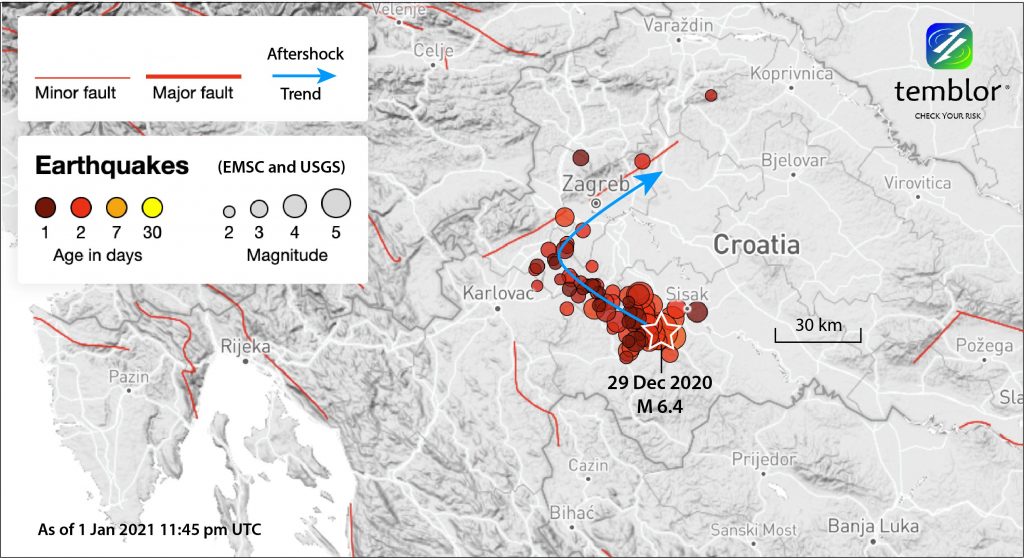 Zagreb has still not recovered from widespread damage caused by earthquakes related to M5.3 (M5.4) on March 22, 2020.

Thousands of homes and buildings have been damaged, with many not suitable for living. This means thousands of people are still living in temporary accommodation. 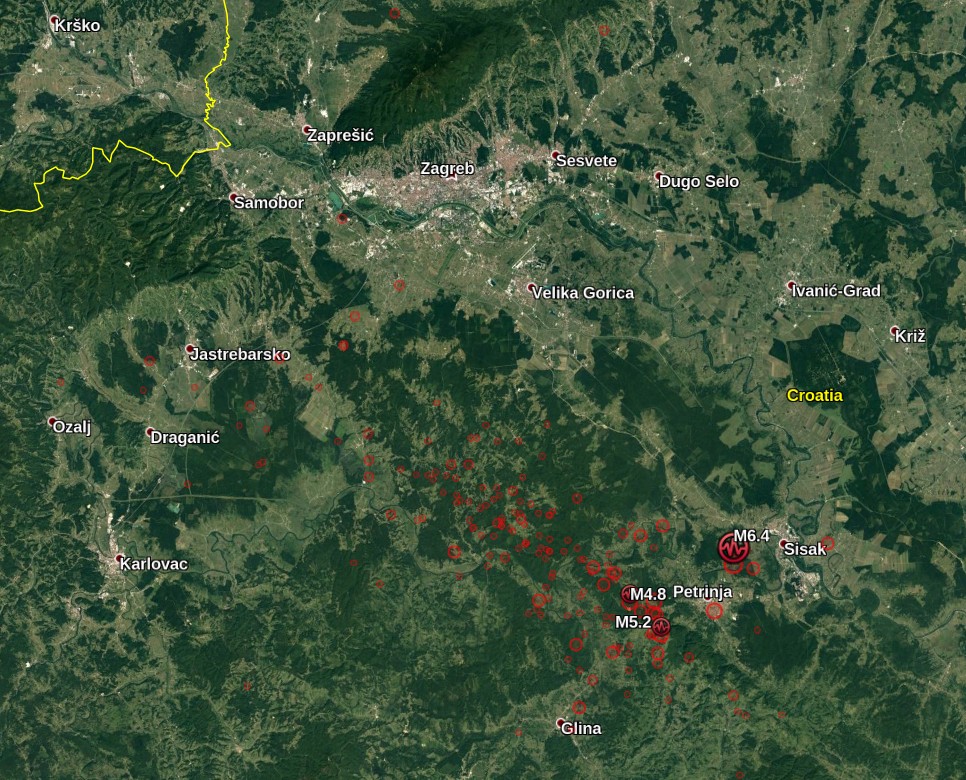 The map below shows all earthquakes detected since March 1, 2020, including several very damaging M5+ quakes on March 22. 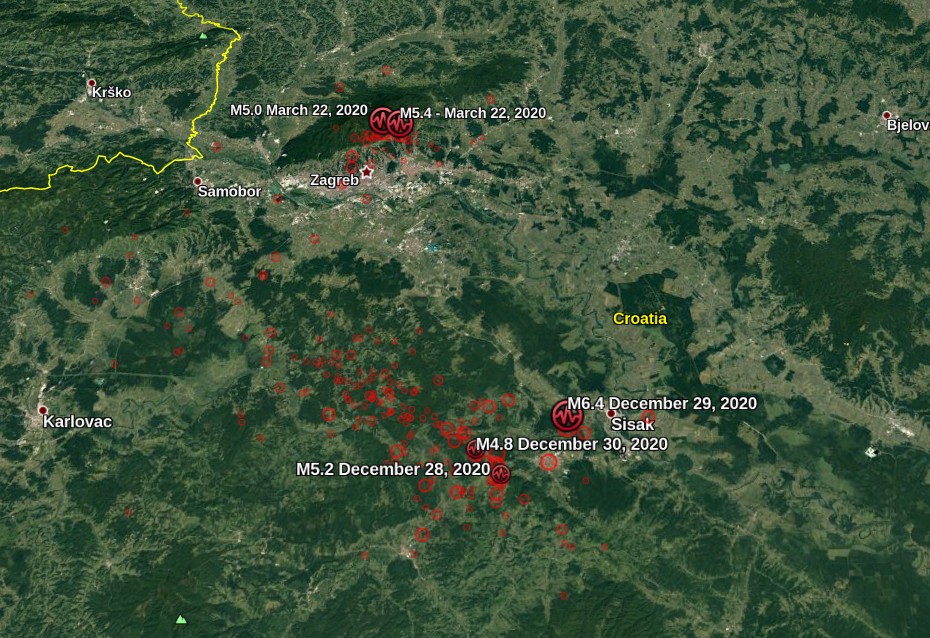 M6.4 is the largest earthquake to occur in Croatia since records began in 1880.

At least 7 people have been killed and 28 injured, of which 6 critically.

The quake damaged or destroyed hundreds of homes and buildings in the cities of Petrinja and Sisak as well as in nearby towns and villages.

This video was recorded in Savska 66, Sisak (NGO KAS).

Small sinkholes formed in the village of Mečenčani several days before the M6.4 earthquake. The holes are located near the homes and are still growing, forcing residents to evacuate.

Mečenčani is located 29 km (18 miles) SSE of the epicenter.

The quake occurred as a result of shallow strike-slip faulting within the Eurasia Plate. Focal mechanism solutions for the event indicate that rupture occurred on a nearly vertical fault striking either to the southeast or southwest.

The location and depth of the event indicate that this was an intraplate earthquake occurring within the Eurasia plate as opposed to along a major tectonic boundary.