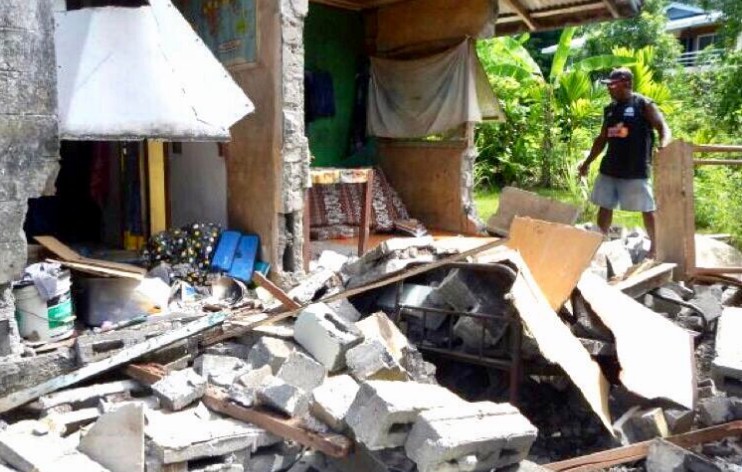 There are reports of collapsed buildings and landslides it the most affected Makira-Ulawa province. The police said 35 to 40 houses on the island of Makira were damaged, including the police barracks at the provincial capital Kirakira. About 3 000 people have been affected.

The quake caused widespread blackouts, knocked out phone systems and even caused the tsunami warning system to go down.

Loti Yates from the National Disaster Management Office in the capital Honiara said poor communication infrastructure had made it hard to assess the immediate impact in Makira.

"[One community] that has been in touch with us said they are calling from up the hills, which is good, they activated their own emergency plans and know what to do, so we are happy. "The warning has been issued … at this stage, communication difficulties are hampering our ability to get clear information."

According to witness reports, the sea initially rose and pulled canoes out to sea and continued to surge in and out, leaving reefs completely exposed between surges.

Many people fled to the hills as the ground was still shaking and are yet to return to their homes.

School office buildings, a classroom and staff housing of Marou Bay Primary School in West Makira were severely damaged, RadioNz reported. This region has also been affected by several landslides. Destruction was reported in other villages in the Marou Bay area.

Pawa Secondary School on Ugi Island has also been damaged. One teacher said a staff house and students' sanitation block have been flattened.

Luckily, all students had left for the holidays, or 'many would have died when their dormitory collapsed,' she said.

So far, there are no reports of injuries or deaths in the Marou Bay area.

The National Disaster Management Office said communities on Makira's southwestern coast have confirmed that a tsunami reached the island and alerts have been broadcast around the country.

Unicef NZ programmes manager Hamish Lindsay, who was in Honiara when the quake struck, said for Stuff.co.nz he got out of bed on his hotel room and went under a table. "I live near Nelson so it was a good shake. It didn't last as long as the New Zealand quake, maybe 30 seconds," he said.

"It was a strong side to side movement with a few items falling off the table. The room I was staying in was on stilts, so I had been checking it out a few days ago, with the NZ quake still in my mind, and was pleased to see cross braces in place."

"It felt eerily similar to the Kaikoura quake," Lindsay concluded.

With limited road access and poor communication, the full extent of damage is yet unknown. 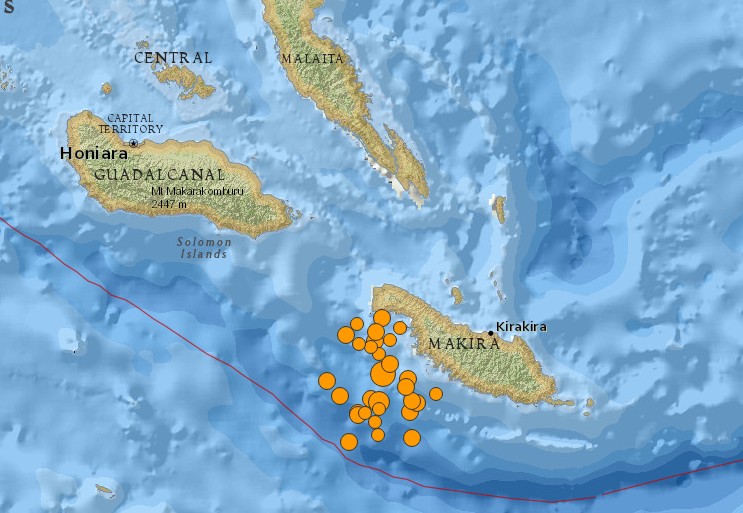 By 09:43 UTC on December 9, some 17 hours after the initial quake, the USGS registered a total of 30 earthquakes in the region with magnitudes ranging from 4.8 to 6.5.