Researchers from Lawrence Livermore National Laboratory, University of Vermont, Boston College and Imperial College London have reconstructed the dynamics of ice sheet erosion in the East Greenland over the last 7.5 million years.

The scientists have used marine sediment cores composed of aluminum and beryllium isotopes to investigate the ice sheet erosion process, as the sediments preserved records of glacial processes.

The knowledge of the early glaciation in Greenland is not complete and is even contradictory. The presence of ice-rafted debris implies the glaciers in East Greenland have initially reached the coast approximately 7.5 million years ago while the texture of the surface of sand grains indicates the glaciation process began about 11 million years ago. 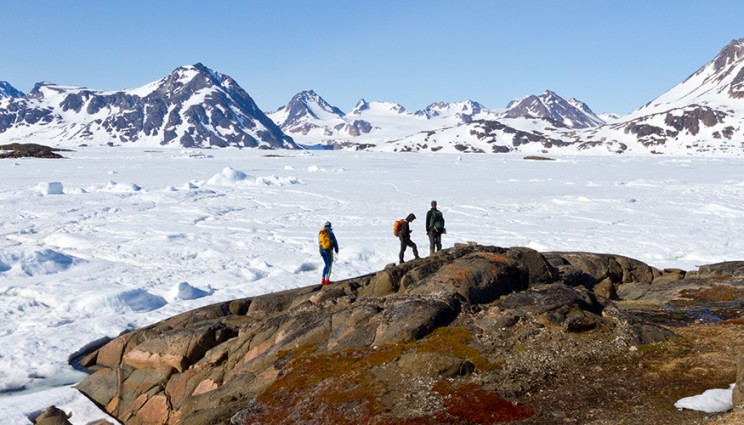 "The East Greenland ice sheet has been dynamic over the last 7.5 million years. Greenland was mostly ice-covered during the mid-to-late Pleistocene. At major climate transitions, the ice sheet expanded into previously ice-free terrain, confirming that the East Greenland Ice Sheet consistently responded to global climate change," said Paul Bierman, the lead author and a scientist at the University of Vermont.

The research team conducted an analysis of beryllium isotopes uncovered from the quartz sand found in the sediment cores at the Lawrence Livermore's Center for Accelerator Mass Spectrometry (LLNL). The information about the exposure history of the surface was deduced from the concentration of cosmogenic nuclides in rock, sand, and soil. 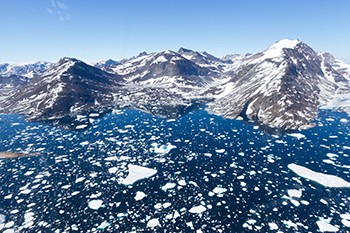 Rafts of ice floating off the southeast coast of Greenland, near Tasiilaq, in June. Image credit: LLNL 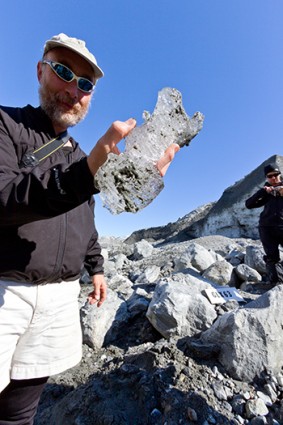 Paul Bierman, a scientist from the University of Vermont, holding a chunk of sediment-filled ice on the east coast of Greenland. Image credit: LLNL

As the cosmic rays had bombarded our planet, the aluminum and beryllium isotopes were produced in mineral lattices. A few meters from the surface, the production rate and nuclide concentration exponentially decreases, which means the ice covering the landscape stops the production of nuclides in the underlying rocks. The glacial erosion then removes the near-surface material, containing highest doses of isotopes. The process is then followed by excavating deep rocks which contain lesser amounts of isotopes in question.

The ice sheet erosion and the ability to incorporate and transport rock and sediment is governed by thermal conditions. In warmer conditions the rock can be eroded more easily and the resulting sediment is then transported to and off the coast. If the conditions on ice are below the pressure melting point, the ice is frozen to the bed, and cannot be eroded. In such a state, it is capable of burying and preserving ancient landscape features.

The new research has focused on warm-based locations of the ice sheet, accordingly.

"A clearer constraint on the behavior of the ice sheet during past and, ultimately, future interglacial warmth were produced by looking at beryllium and aluminum records from our coring site. Our analysis challenges the possibility of complete and extended deglaciation over the past several million years," explained Bierman.