Hazardous tsunami waves are possible within the next three hours along some coasts of Solomon Islands, Vanuatu, Papua New Guinea, Nauru, New Caledonia, Tuvalu and Kosrae. 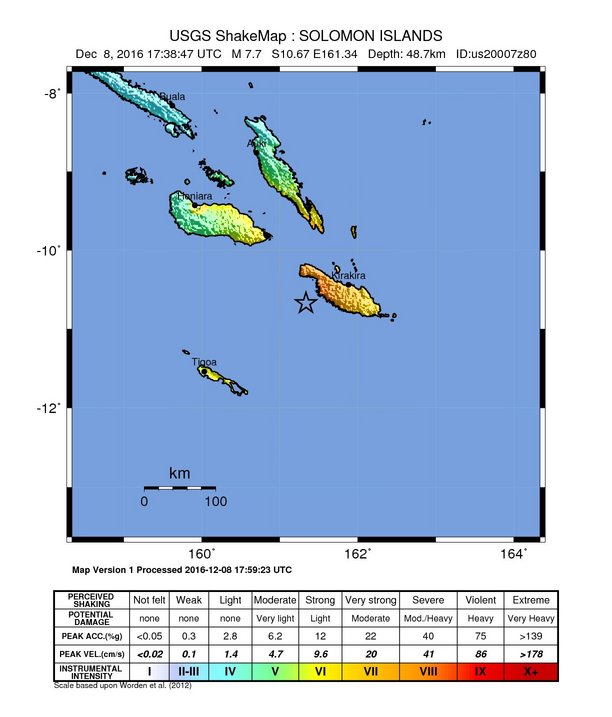 The maximum estimated tsunami wave height is 1.5 m (4.9 feet) at 18:27 UTC in Oneoia, Solomon Islands, according to the JRC. 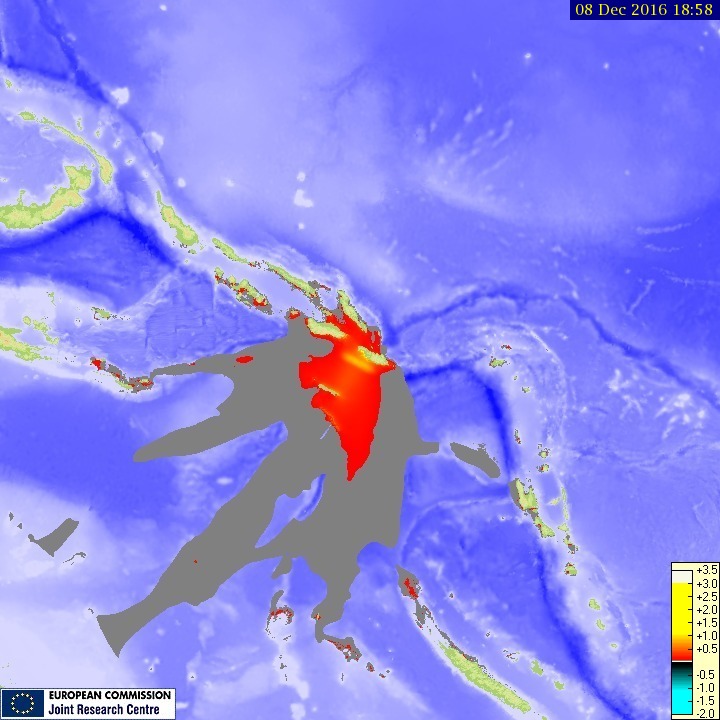 A Tsunami Watch was briefly in effect for Hawaii.

Professor Max Wyss, who specializes in theoretical prognoses of injuries and fatalities expects 0 to 50 fatalities and 30 to 270 injured, ER reported. This is quite a lot for the Solomon Islands.

Overall, the population in this region resides in structures that are vulnerable to earthquake shaking, though some resistant structures exist. The predominant vulnerable building types are mud wall and informal (metal, timber, GI etc.) construction.

Recent earthquakes in this area have caused secondary hazards such as tsunamis that might have contributed to losses. 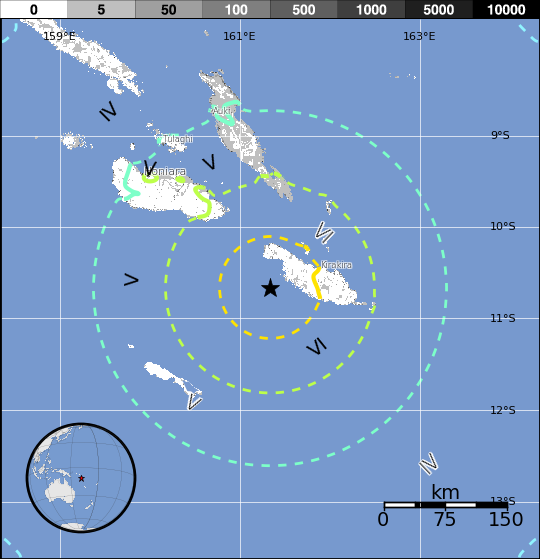 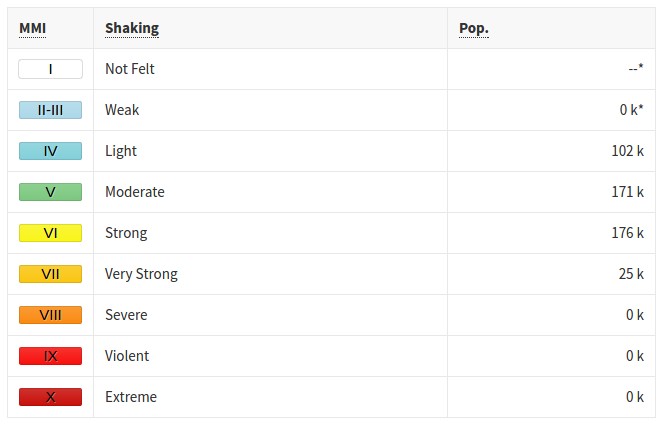 Tsunami warnings have been lifted off.

There are reports of collapsed buildings and landslides it the most affected Makira-Ulawa province. The police said 35 to 40 houses on the island of Makira were damaged, including the police barracks at the provincial capital Kirakira. About 3 000 people have been affected.

This quake was not sufficient to generate a tsunami, PTWC said. 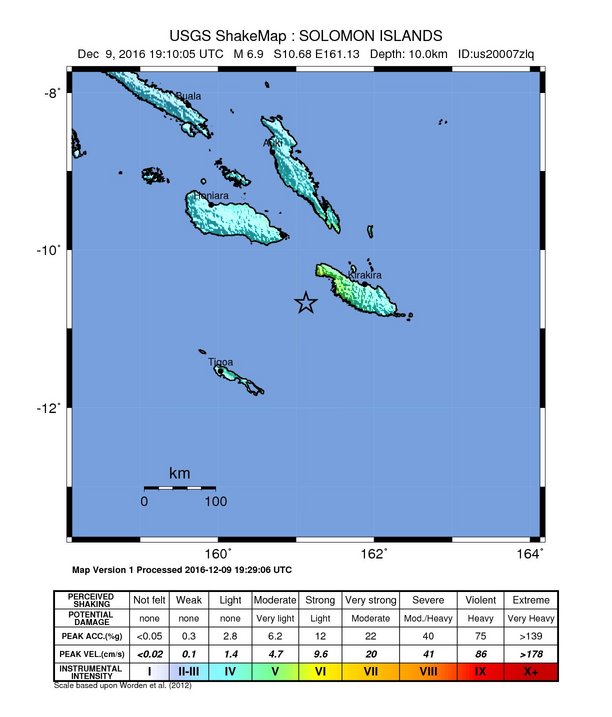