Thousands of large ice balls have appeared on a beach in Nyda, Russian Siberia in late October 2016 and remain to this day. Many US meteorologists believe this is a sign of extra snowy winter throughout the United States.

This is the first time that this rare natural phenomenon occurred in Nyda, located on the Yamal Peninsula just above the Artic Circle. The balls are scattered along the beach for at least 18 km (11 miles).

'We have them only in one place. It's as if someone spilled them. They are all of different sizes, from tennis balls to volleyball," local resident Ekaterina Chernykh told The Siberian Times.

Giant snowballs show up in Siberia's beach. So instagrammy of you, mother Earth. pic.twitter.com/3oSzykGflu

Russian officials said the ice balls are the result of a rise in the level of the Gulf of Ob which turned the shore to ice. As the water receded, the ice balls were rolled about by the water creating the large snowballs that remain to this day. 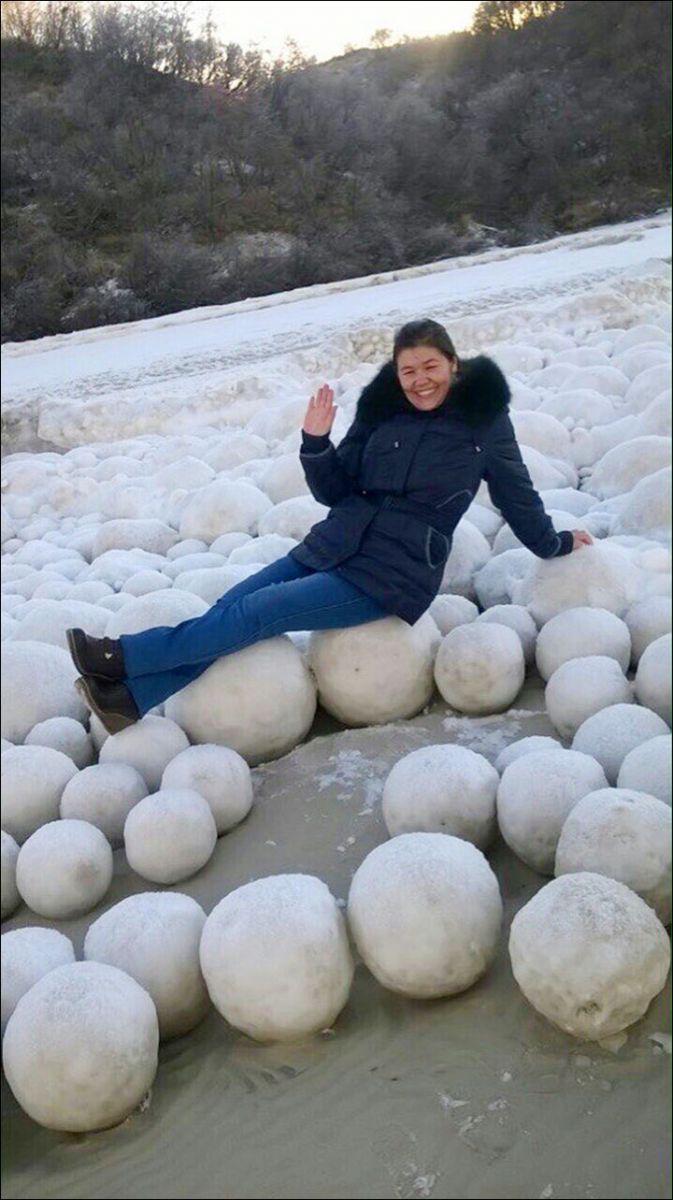 'We all were very surprised. Many people believed it only when saw with they own eyes. This has not happened previously.' Credit: Ekaterina Chernykh, Social media

Spokesman for the Arctic and Antarctic Research Institute (AARI) Sergey Lisenkov said: 'It is a rare natural phenomenon. As a rule, grease ice forms first, slush. And then a combination of the action of the wind, the outlines of the coastline, and the temperature, may lead to the formation of such balls.'

A similar phenomenon occurred in the Gulf of Finland and on Lake Michigan in December 2014.