The M5.1 earthquake was the third largest earthquake in the recent Oklahoma history. It occurred on February 13, about 32 km (20 miles) northwest of Fairview, and about 12 km (7.45 miles) southwest of high-rate wastewater disposal wells.

In the area around Fairview, the volume of injected fluids increased seven times in a three-year period. At the time, it was the largest earthquake since 2011, when the M5.7 hit Prague, Oklahoma. 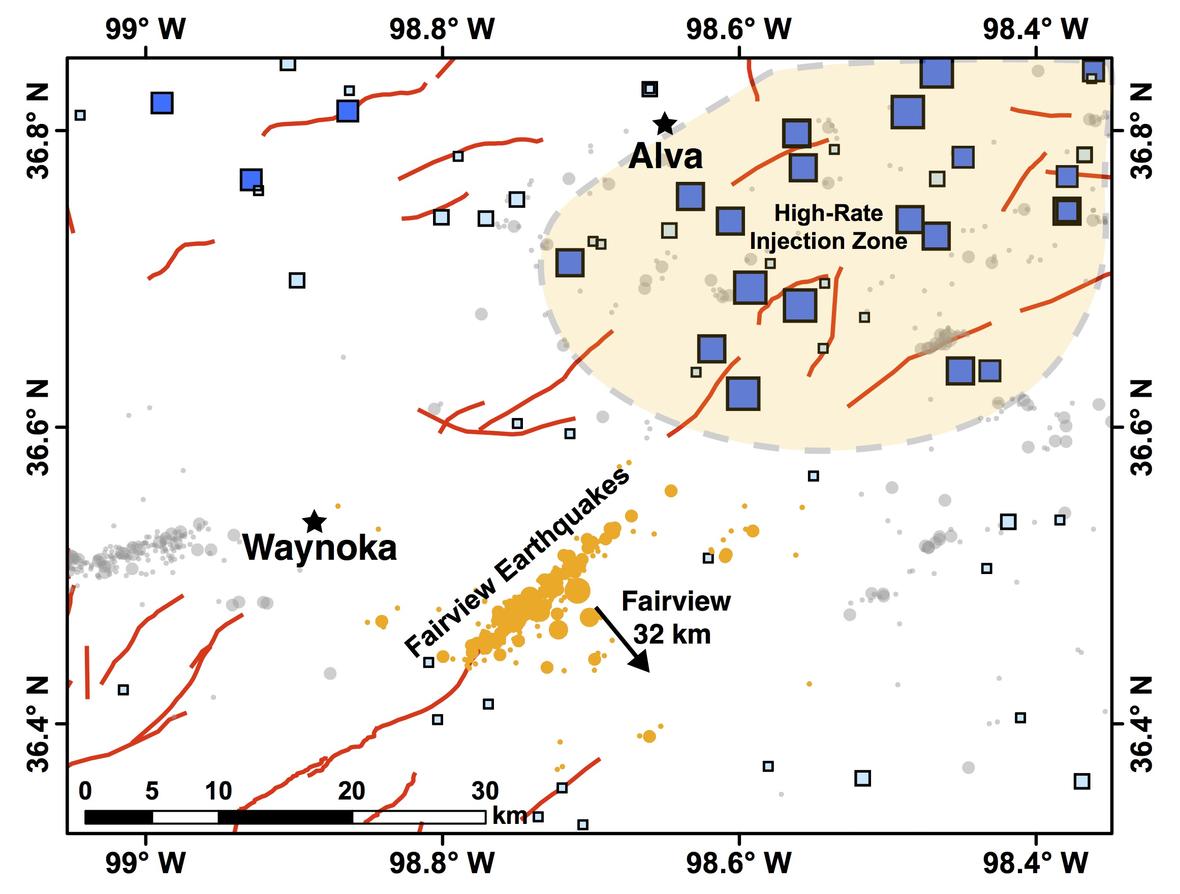 ”The fact that seismicity is rather limited near the high-rate wells while the Fairview sequence occurred at a relatively larger distance from these wells, shows us the critical role preexisting, though possibly unknown, fault structures play in inducing large events. The rapid deployment of seismic stations by the USGS allowed us to precisely locate the aftershock sequence. High-quality data sets such as these are critical when trying to understand the shaking produced by these events and therefore are an important basis for earthquake hazard modeling,” said William Yeck, a USGS scientist and lead author of the study. 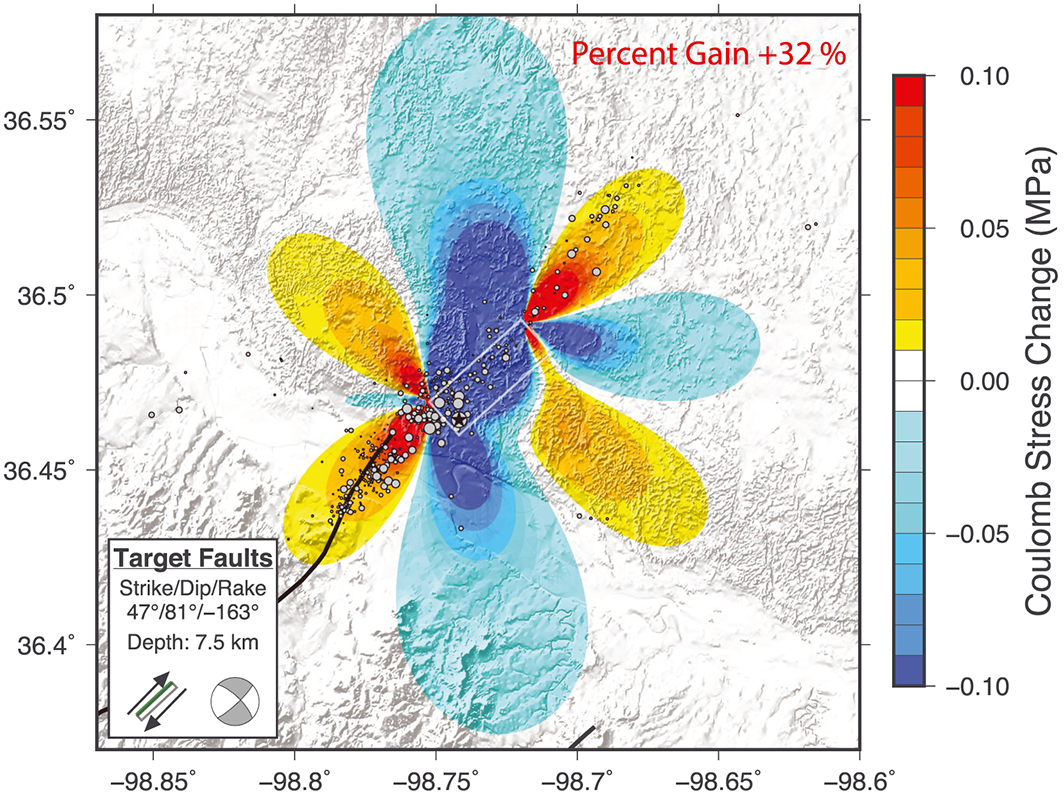 Since then, the largest earthquake recorded in Oklahoma since 2011, occurred on September 3, 2016, with a M5.8 near Pawnee.

According to the USGS scientists, the earthquake was not located on any previously known fault and based on aftershock patterns, the unknown fault was likely activated. However, the relationship between the Pawnee earthquake and wastewater disposal is still not clear and is subject to investigation.