Some 23 000 people are estimated to have felt weak shaking.

There are no reports of injuries or damage.

The strongest quake in the history of Oklahoma is September 3, 2016 M5.8, 15 km (9.3 miles) NW of Pawnee. Immediately after the quake, state authorities shut down 37 wastewater wells used by the fracking industry to extract oil and gas.

The USGS Geophysicist Daniel McNamara said at the time that the earthquake was not on a fault known by the USGS. Instead, it happened on a fault perpendicular which intersected the fault. Based on aftershock patterns, this one is an unknown fault that has now been activated.

"Aftershocks from that earthquake show the undiscovered fault line that runs near or through Stillwater, Oklahoma," McNamara said. 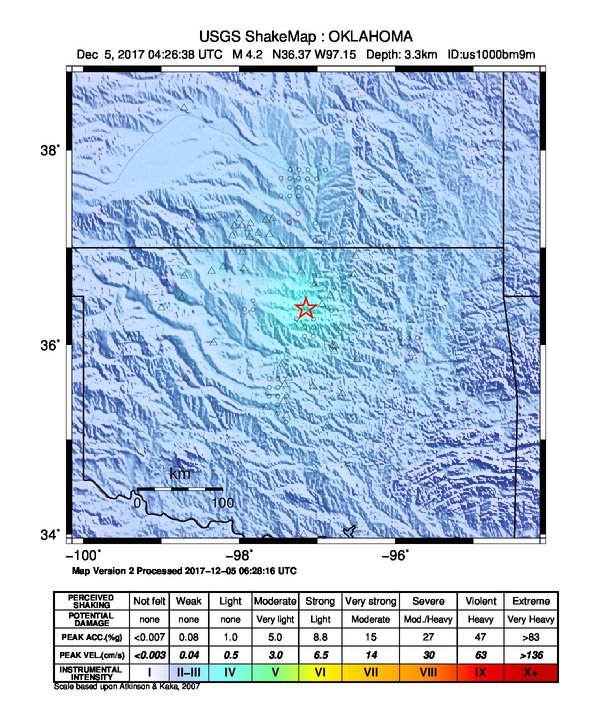 Overall, the population in this region resides in structures that are resistant to earthquake shaking, though vulnerable structures exist. 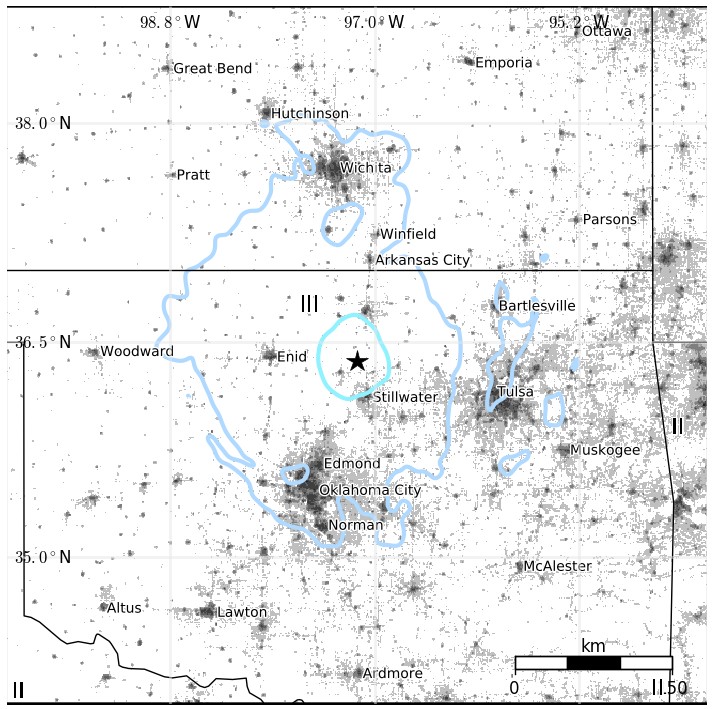 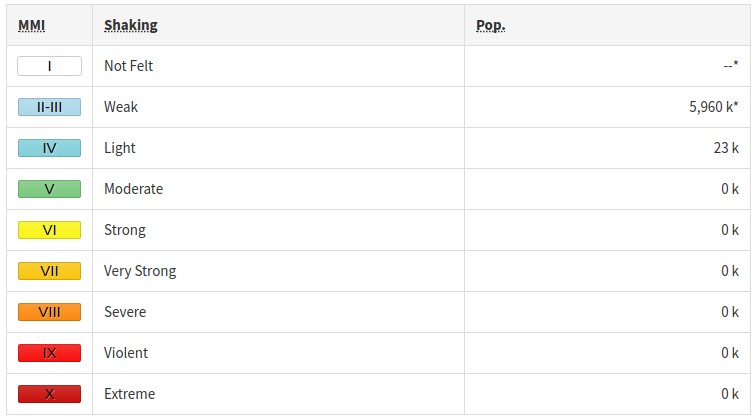 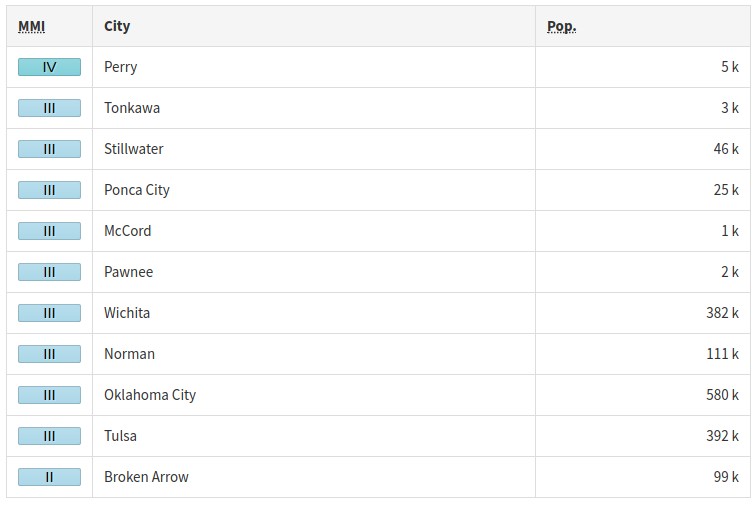 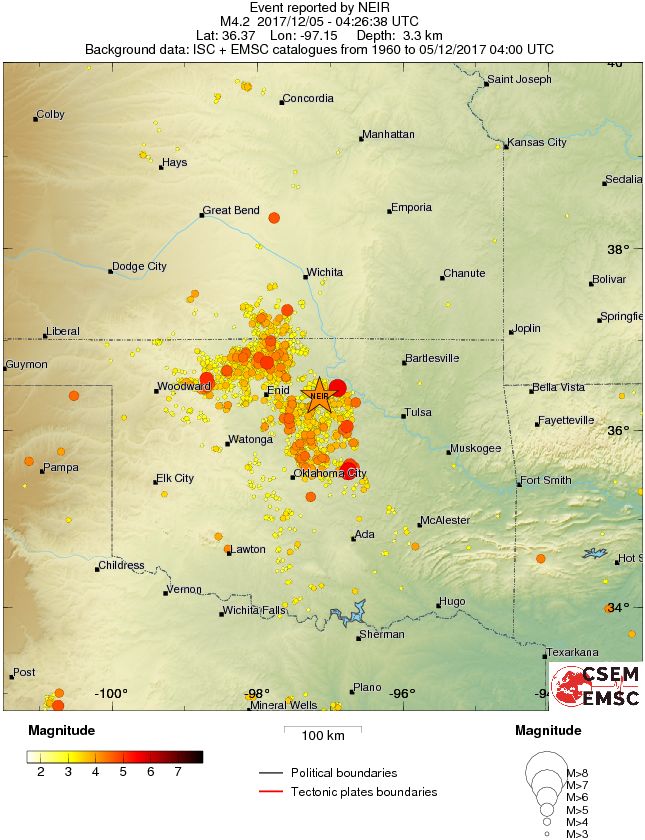 Animation of earthquakes in Oklahoma between 2004 and 2016

Many studies have investigated the relationship between seismic activity and wastewater injection, particularly in Oklahoma where scientists recorded a 4 000 % increase in the rate of earthquakes between 2008 and 2016.

The animation below, produced by the USGS Oklahoma shows all recorded earthquakes between 2004 and 2016. The size of the dots and volumes are proportional to earthquake strengths.