Juno is on the trip of a lifetime! By now you’ve heard that this spacecraft has successfully reached Jupiter and is currently orbiting the planet. But you haven’t seen pictures of its journey. 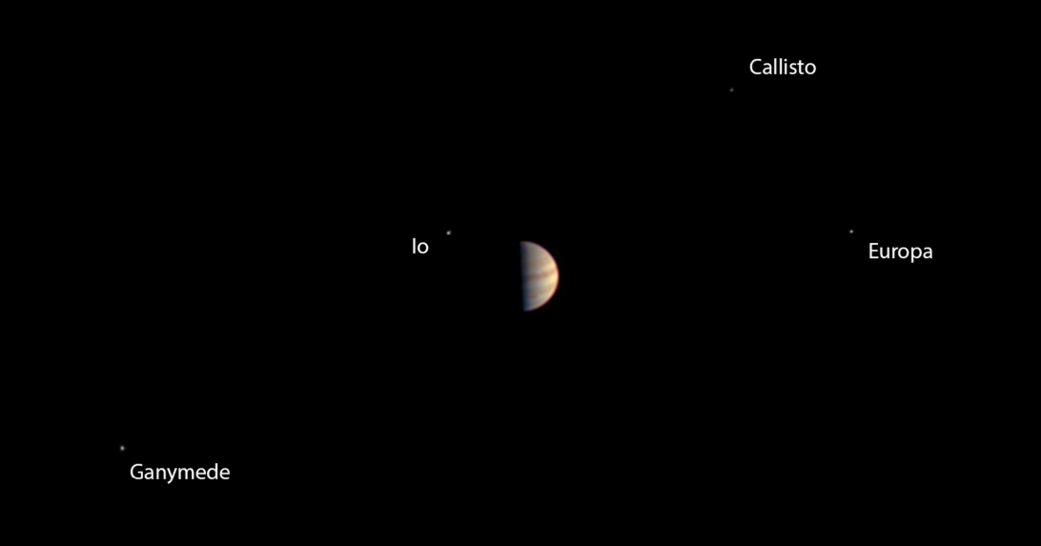 The final view taken by the JunoCam instrument on NASA's Juno spacecraft before Juno's instruments were powered down in preparation for orbit insertion on July 4. Credit: NASA/JPL-Caltech/SwRI/MSSS

This is the last photo Juno took before powering down & preparing to enter orbit July 4, 2016. Four moons are in the image above, with Jupiter taking center stage.

It’s no easy feat sending an unmanned space probe out to explore a specific planet in the solar system. Juno needed to survive the radiation and space debris while simultaneously entering Jupiter’s orbit.

NASA decided to call this mission Jupiter Orbit Insertion, or J.O.I. That delicate balancing act was successful, much to the delight of professional and amateur astronomers around the world.

How did they do it?

It required in-depth testing, as well as systems and instrument tests, six months before reaching Jupiter. The real fun started on July 4, the day before it entered orbit. It had to be perfectly positioned to avoid both debris and the greatest areas of radiation. If it didn’t avoid both areas, the craft would not be able to function properly.

Juno also had to avoid getting into the wrong place or hitting the wrong longitudinal variation of the magnetic field. The trajectory had to be exact, and it had to be set up so that Juno could later escape Jupiter’s orbit and head home.

Once Juno was set up, it ignited the engine. This was designed to slow it down so that it could successfully enter orbit without slinging past the planet. Juno’s track is highly elliptical, with each rotation lasting about 11 days. By the end of the mission, Juno will have covered the entire surface of Jupiter, collecting as much information as possible.

After successfully entering orbit, the spacecraft was able to send back another photo: 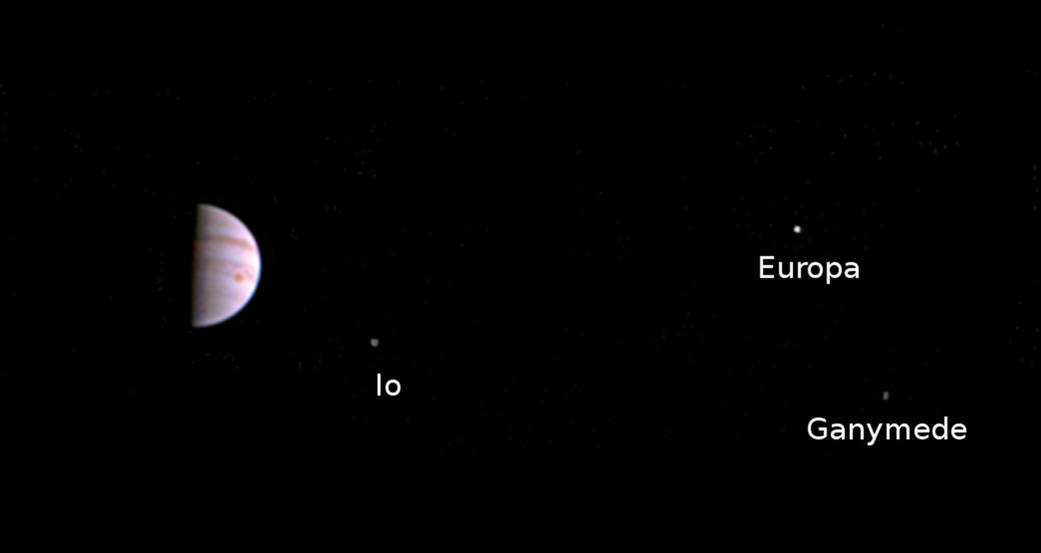 This color view from NASA's Juno spacecraft is made from some of the first images taken by JunoCam after the spacecraft entered orbit around Jupiter on July 5th (UTC). Credit: NASA/JPL-Caltech/SwRI/MSSS

Below is a full video of Jupiter and the Galilean moons during Juno's approach to Jupiter.

The movie begins on June 12 with Juno 16 million km (10 million miles) from Jupiter, and ends on June 29, 4.8 million km (3 million miles) distant. The innermost moon is volcanic Io; next in line is the ice-crusted ocean world Europa, followed by massive Ganymede, and finally, heavily cratered Callisto.

Now, since Juno has officially survived J.O.I., we have to wait. The spacecraft appears to be in excellent shape having passed through the most dangerous pass on the mission.

"Prior to launch five years ago we planned a date and time for the Jupiter orbit insertion burn and the team nailed it,” said Rick Nybakken, project manager for Juno from NASA's Jet Propulsion Laboratory. "We are in our planned 53.4-day orbit. Now we are focusing on preparing for our fourth and final main engine burn, which will put us in our 14-day science orbit on October 19.”

The next time Juno’s orbit carries it close to the planet will be on August 27. The flyby is expected to provide some preliminary science data and the next round of images, expected to be released in early September.

Until then, we have to sit and wait.

Megan Ray Nichols is a science writer and editor of Schooled By Science.  When she isn’t writing, Megan enjoys camping, hiking, and stargazing. She invites you to follow her on Twitter @nicholsrmegan.