NASA's Juno Jupiter probe has captured the first images of the north pole of Ganymede– the largest moon in the solar system and the only moon with its own magnetic field. During a close flyby of Jupiter in December 2019, Juno mapped the north polar regions of the natural satellite in infrared light– something no spacecraft mission had done before.

Ganymede is the only moon in the solar system that has its own magnetic field. On Earth, the magnetic field provides a path for plasma to penetrate our atmosphere, generating aurora.

As Ganymede has no atmosphere, the surface at its poles is continuously being bombarded by plasma from Jupiter's magnetosphere, and this has had a dramatic impact on Ganymede's ice.

"The JIRAM data shows the ice at and surrounding Ganymede's north pole has been modified by the precipitation of plasma," said Alessandro Mura, a Juno co-investigator at the National Institute for Astrophysics in Rome.

"It is a phenomenon that we have been able to learn about for the first time with Juno because we are able to see the north pole in its entirety."

The ice near the north and south poles of the moon is amorphous, and this is because charged particles follow the moon's magnetic field lines to the poles, where they impact, causing havoc on the ice there and preventing it from having an ordered crystalline structure.

"These data are another example of the great science Juno is capable of when observing the moons of Jupiter," said Giuseppe Sindoni, program manager of the JIRAM instrument for the Italian Space Agency.

JIRAM was modified to capture the infrared light surfacing from deep within Jupiter, probing the weather layer down to about 50 to 70 km (30 to 45 miles) below the planet's cloud tops.

The mission team, knowing the north pole of Ganymede would be within view of Juno on December 26 flyby, programmed the spacecraft to turn so JIRAM could observe the moon's surface. 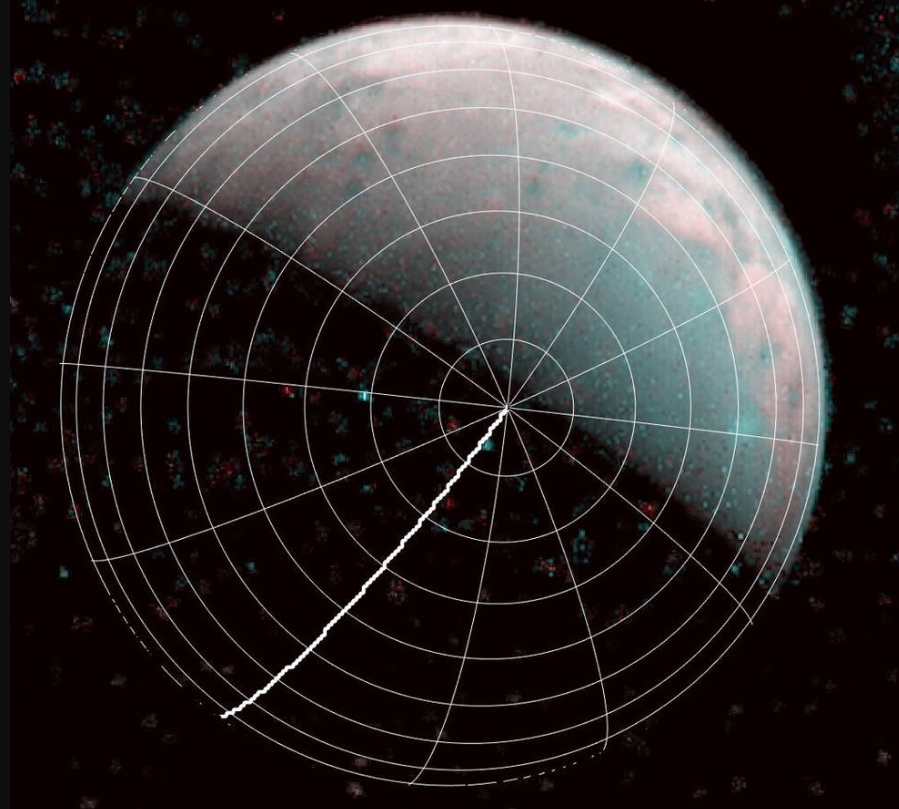 The secrets of Jupiter's largest moon unveiled by Juno and JIRAM will be beneficial for the next mission to the icy planet.