Over the past four days, 93 people have lost their lives, and 19 went missing in weather-related incidents across 11 Chinese provincial regions, authorities reported on Monday, July 4, 2016. Torrential rainfall over the middle and lower Yangtze River exacerbated flooding in the surrounding areas.

Continuous rainfall since June 30 has so far destroyed 22 000 houses and forced 726 000 to relocate in 11 provinces including Jiangsu, Hubei, Henan and Sichuan, the Ministry of Civil Affairs said Monday, as reported by Xinhua. The most recent rainfall affected nearly 2.8 million people.

In Hubei alone, nearly 400 000 have been rescued since heavy rain began in mid-June, officials said. In that same area, 15 000 houses have collapsed or are seriously damaged.

Aerial view of inundated areas in Xinzhou District after a dike breach in Wuhan, the capital of central China's Hubei Province – July 2, 2016. Thousands were evacuated after the dike breach caused by heavy rainfall. Video courtesy Xinhua

The Government of China launched a Level IV (national) emergency response, with emergency supplies delivered to the affected areas. 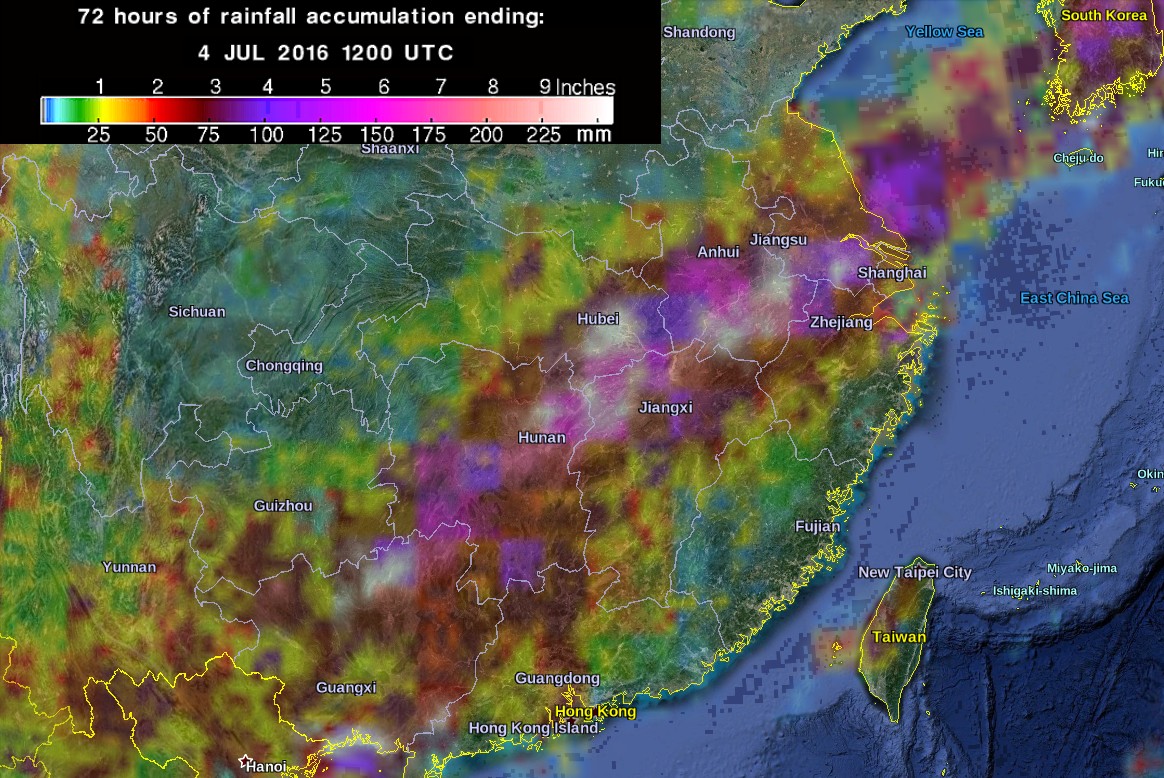 More rainstorms are forecasted to hit China's southern regions over the next ten days. Additionally, Tropical Storm "Nepartak" is also expected to bring gales and downpours to eastern coastal areas in the coming week.