A powerful thunderstorm has formed over central Croatia on June 27, 2016, wreaking havoc across parts of central and eastern Croatia, northeastern Bosnia and Herzegovina, and northwestern Serbia. The storm produced very strong winds, heavy rain, and large hailstones. Significant infrastructural damage was reported across the three states. The agricultural sector of the region suffered a complete loss in some of its parts.

In Osijek, the storm made millions of euros worth of damage in just 40 minutes. While heavy rain flooded streets and houses, powerful winds uprooted trees, power poles and damaged roofs of numerous houses. The regional clinical center, KBC Osijek, suffered extensive damage when the wind ripped out part of its roof and numerous windows.

"The wind ripped out the glass bridge toward Gynaecology and the roof over the Pediatric care. Everything is flooded. We tried to fix what was possible, but the rain was pouring relentlessly," said Vlatko Kopić, Deputy Chief KBC Osijek. "In just a few minutes, the hospital was under 10 cm (4 inches) of water. Staff rushed to evacuate patients. It's a miracle nobody got hurt," Kopić said.

The eastern part of the city was left without electricity, halting tram traffic.

Firefighters received 44 calls for help in just under one hour. Most of them due to flooding. One house was set on fire after it got hit by lightning.

Some citizens whose houses were flooded remained without appliances and suffered extensive damage.

Osijek's fire brigade commander, Boris Banjan, said some streets were under at least 30 cm (12 inches) of rain. "I've never seen anything like this. Some people blame ongoing works on the water collector, but my opinion is that our sewage system just could not take that much rain. 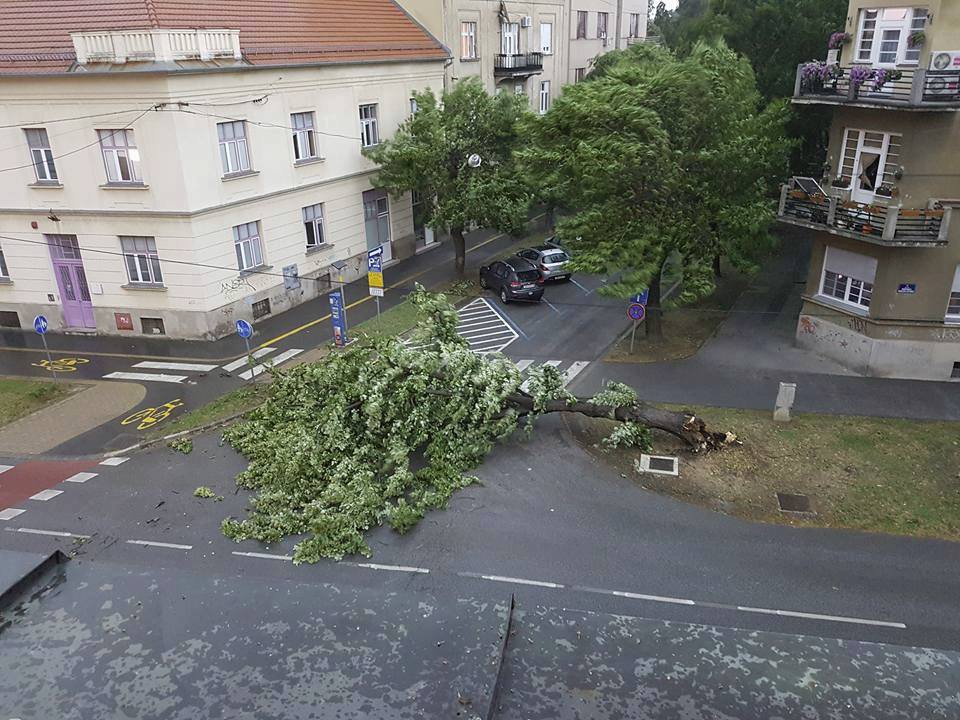 They were both right. While the flooding in some parts of the city might have been exacerbated by the ongoing works on the collector, such brief but powerful thunderstorms produce abnormally high amounts of rain within minutes, and the existing infrastructure just can't take it.

Radar reflectivity (rainfall) between 10:45 and 13:45 UTC. Credit: DHMZ via Crometeo

Radar reflectivity (rainfall) between 13:30 and 16:45 UTC. Credit: DHMZ via Crometeo

"There is nothing left," a farmer from Slavonija said. 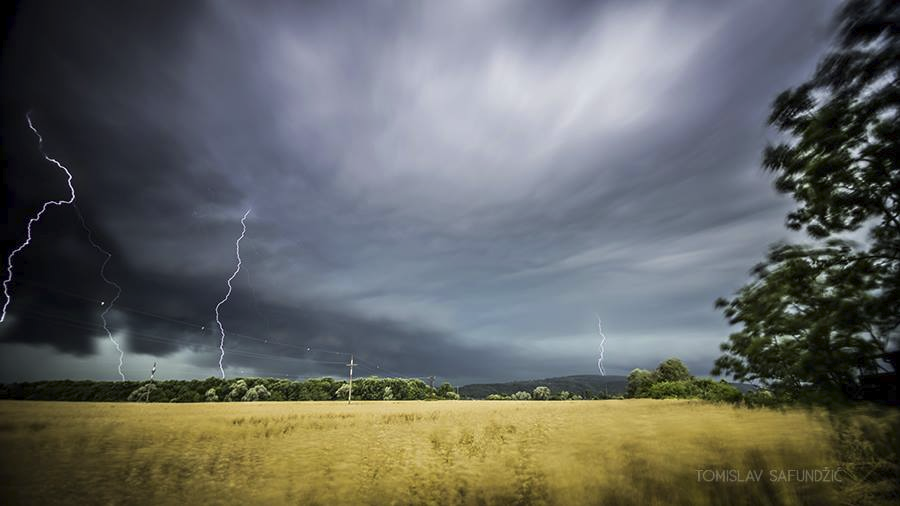 The following image captured the arrival of the storm over Zagreb, central Croatia. 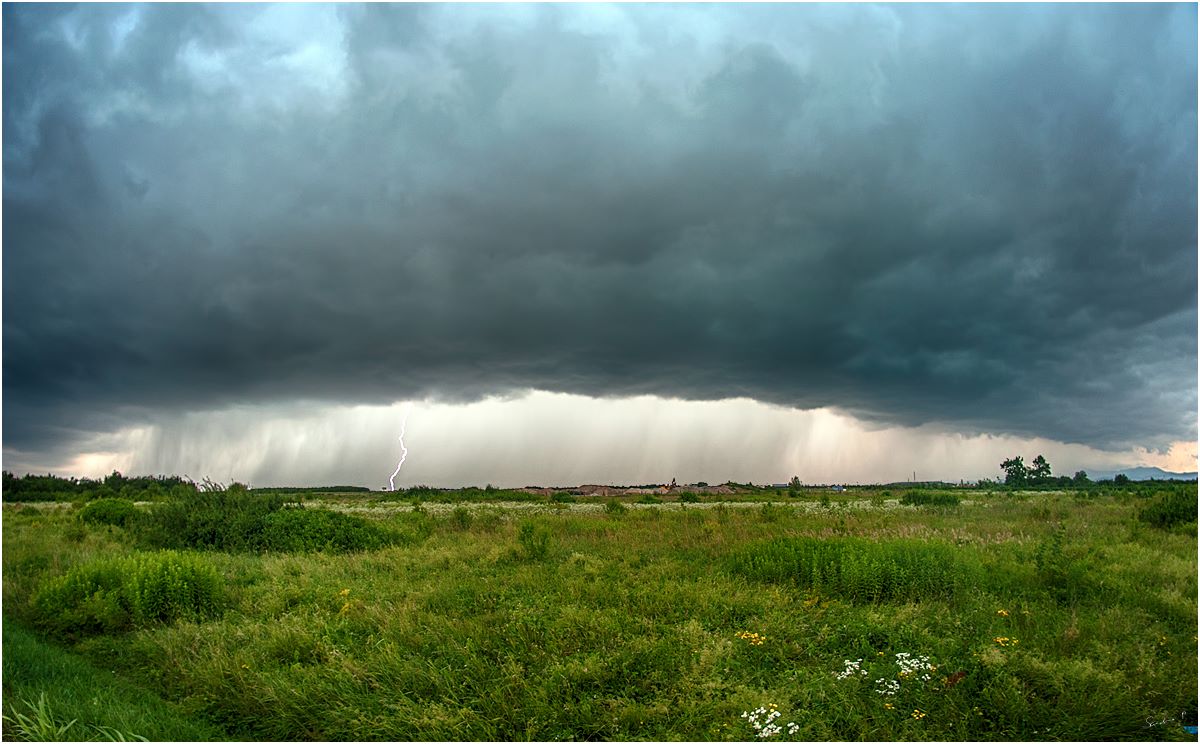 The storm produced at least one 9GAG element. This young man from Antunovac, near Osijek proved the flooding was sufficient enough to bring out beach accessories: 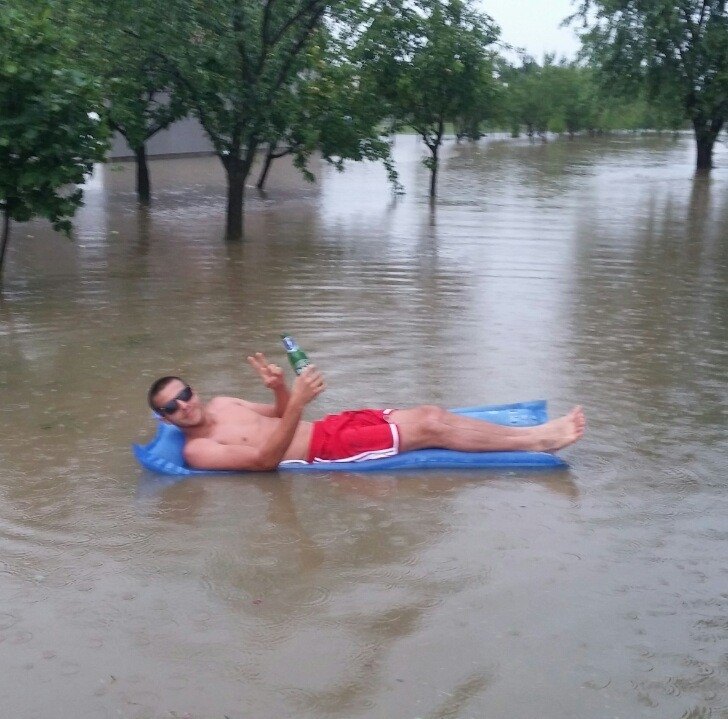