The "Erskine fire" started on June 23, 2016, northeast of Bakersfield, California due to a yet-unknown cause. By June 27th, it grew into the state's largest and most destructive wildfire this year. As the summer progresses, above-normal fire potential is expected to expand into the Sierras and central coast region of California. 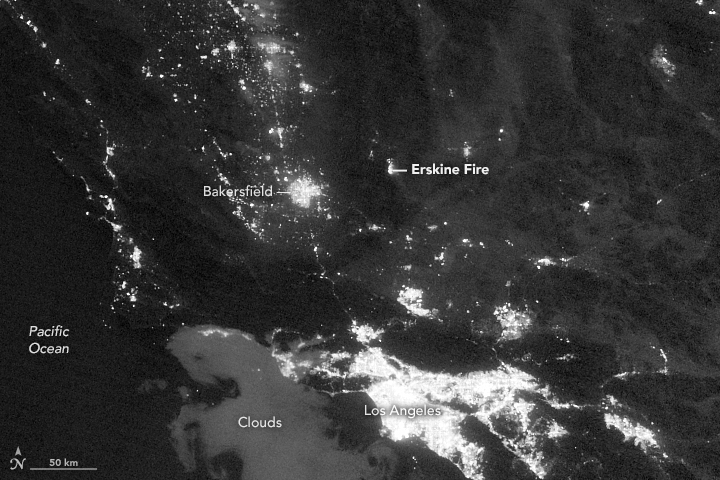 Image shows the region at 10:34 UTC (03:34 PDT) on June 26, 2016. It was acquired with the day-night band (DNB) of the Visible Infrared Imaging Radiometer Suite (VIIRS) on the Suomi NPP satellite. The DNB can detect relatively dim signals such as city lights and reflected moonlight. In this case, it also shows the glow of wildfire. Credit: NASA/NOAA/DoD Suomi NPP / VIIRS 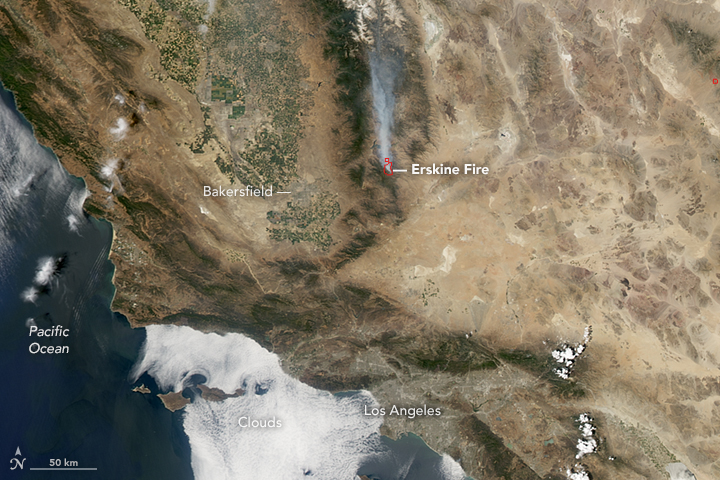 Convinced that protecting wealthier communities was the priority of first responders, angry South Lake residents pressed officials to explain at a community meeting held Monday, June 27 why firefighters didn’t save more of the town, the Los Angeles Times writes today.

“We don’t count because we’re poor?” Janice Ryan asked during a gathering at Kernville Elementary School, the makeshift evacuation center. “Why aren’t we as important as the next town? Why was South Lake bypassed?”

“When you have heavy wind going at 65 to 80 km/h (40 to 50 mph), there’s not any fire department anywhere in the world that would be able to catch a fire going that fast," Kern County Fire Department spokesman Anthony Romero responded to accusations. “No one is less important here. Everybody is important,” he said.

“Unfortunately, this fire was too big, too fast for us to get in front of.” 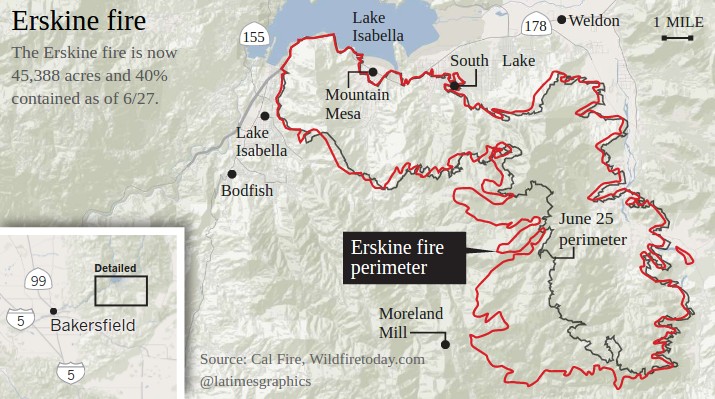 As of 15:00 UTC on June 28, there are 10 named wildfires burning across the state of California: 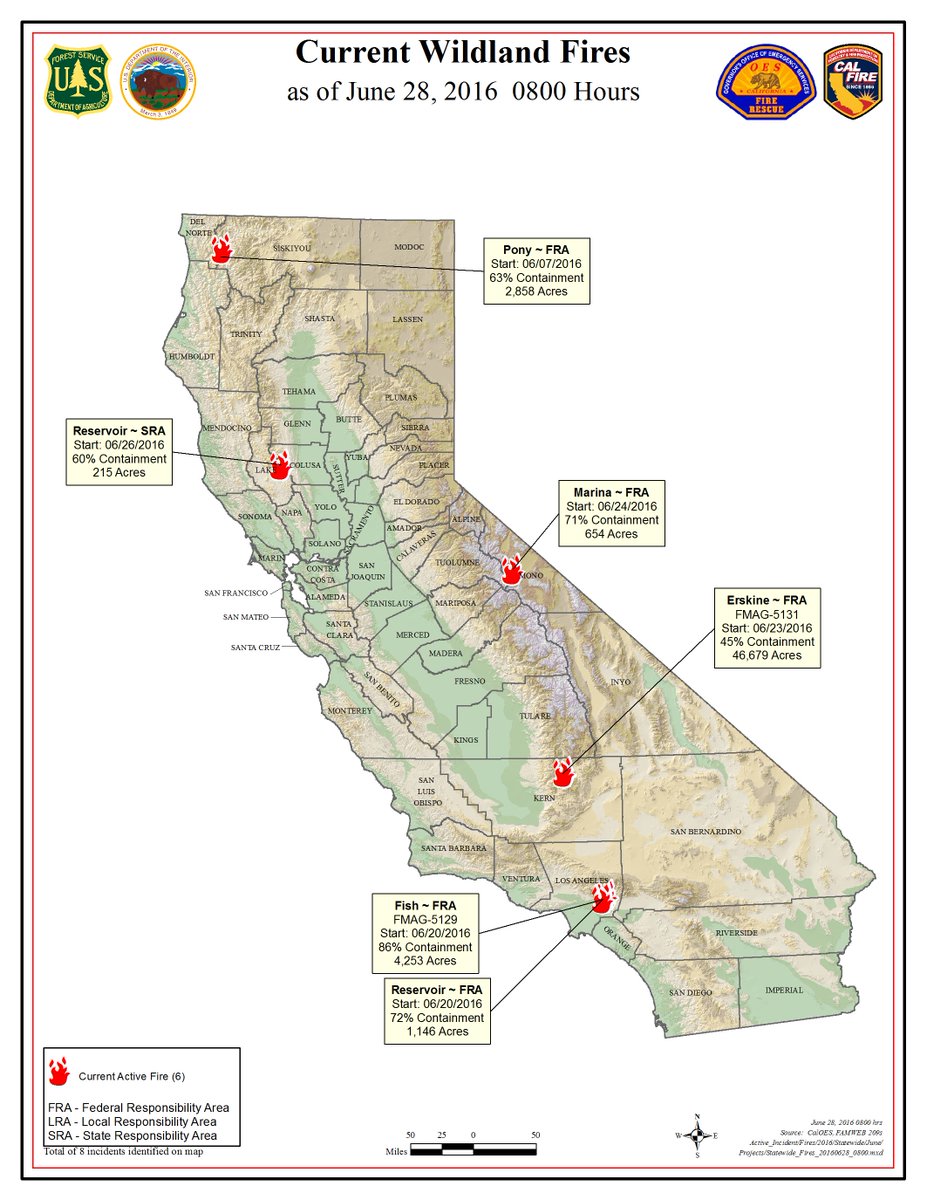 According to the National Interagency Fire Center, above-normal fire potential is expected to expand into the Sierras and central coast region of California as summer progresses.

During the mid to late summer months, the highest potential may be over the Sierra Foothills where a severe, multiyear drought has exacted a toll on the vegetation of the area. A pine beetle infestation along with stress from the drought has brought a high level of plant mortality to many areas of the high country in Central California. Aerial surveys indicate parts of the Sierra Foothills between 2,000 to 6,000 feet have suffered over 50 percent tree mortality, especially in Ponderosa Pines. Many stands have yet to drop their needles and thousands of acres in the Sierras will be primed for large fires from a fuels standpoint.

Sea surface temperatures are rapidly cooling along the equator. The eastern Pacific should not have nearly the potential to spin up tropical disturbances compared to last year. This year, expect an average summer monsoon season with thunderstorms fewer in number compared to last year and in 2014. Temperatures this summer should continue to average a few degrees above normal. Significant fire potential is expected to remain above normal into the fall and perhaps the early portions of winter.

The next monthly outlook will be published on Friday, July 1, 2016.