Thousands of homes have been inundated in Central Java as flash floods caused by heavy rain swept across the province. "Initial data… shows the impact of the floods and landslides in Central Java has caused 24 deaths, with 26 others still missing," disaster agency spokesman Sutopo Purwo Nugroho said in a statement.

Floods and landslides have occurred in seven regencies, namely Banjarnegara, Banyumas, Karanganyar, Kebumen, Purworejo, Wonogiri and Wonosobo and in Surakarta.

Drivers were swept off roads and dozens of homes were destroyed by fast-moving walls of mud, rock, and water.

Purworejo district was the hardest hit with the most people killed in numerous villages. 11 people died there and 26 are reported missing. A landslide swept through the district's Caok village burying homes and leaving five people dead.

In another district, people were clearing debris from a small landslide that had blocked the road when a bigger landslide hit them. "Nine bodies were retrieved," Nugroho said.

"Search and rescue crews are combing villages for the 26 still missing. Temporary shelters have been erected to help those evacuated from the disaster zone," Sutopo added.

Heavy rains and flooding also hit West Sumatra on Thursday and Friday, June 16 and 17, killing one person and displacing thousands. The floods there have since subsided.

Although June is usually relatively dry in the region, meteorologists warn rain is expected in late June and early July in at least 5 provinces. 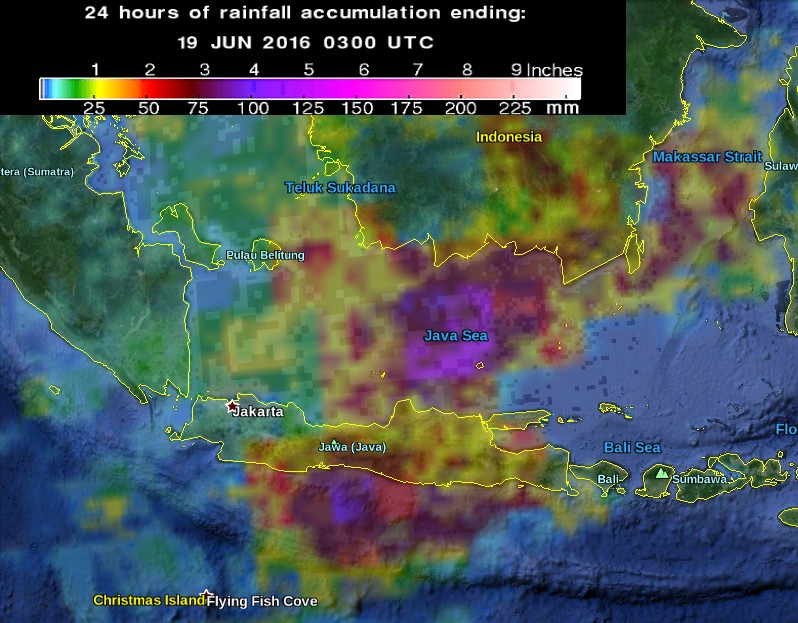