Heavy rainfalls which started affecting southern China on June 9, 2016, have continued over the last couple of days bringing severe floods and landslides to the region. 15 people are reported dead and 10 others missing, as of June 16, while 2.3 million people need emergency assistance, according to the Ministry of Civil Affairs.

Severe weather conditions, caused by the annual monsoon rains, were reported across the provinces of Anhui, Jiangxi, Hunan, Guangdong, Guangxi, Guizhou, and Yunnan, affecting more than 3 million people, in total. Over 8 000 homes have been completely destroyed and 65 000 suffered some degree of damage. More than 16 000 people have been forced to evacuate. 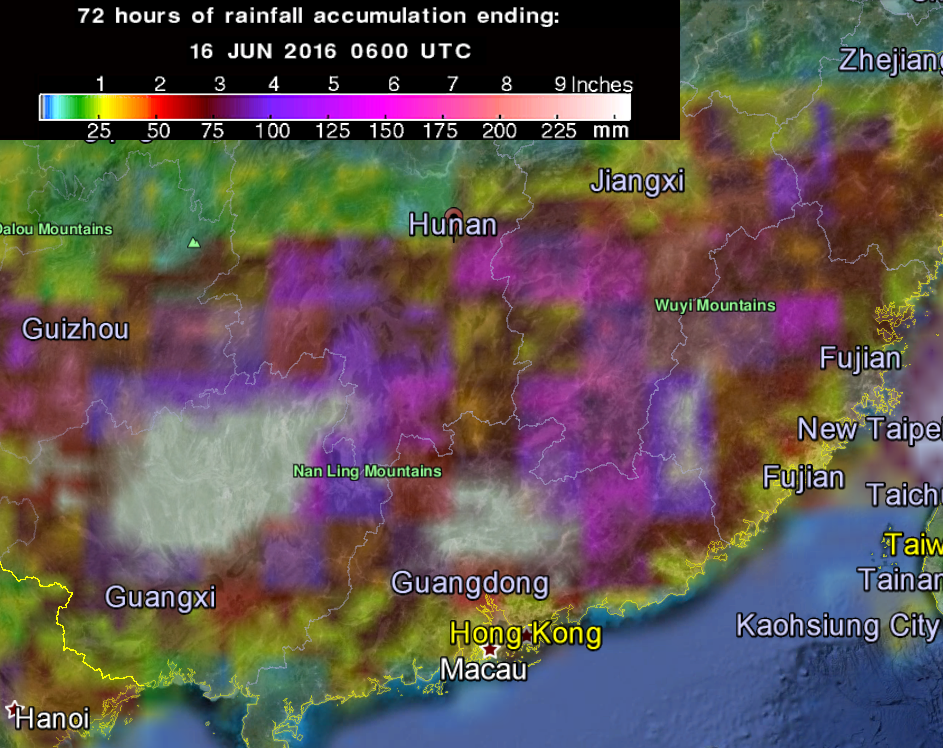 In Jiangxi, one person drowned and another 2 died after a house collapsed. Four fatalities were reported in Hunan, with a further 4 missing. In Guangdong, two victims were struck by lightning. One person died and 2 are missing after a house collapsed as a result of heavy rain in Guangxi. In Guizhou, four people died in flood water, another victim died in a landslide, where a further 4 are still missing, FloodList reported.

The heavy rainfalls from the monsoon front are expected to continue moving north and cause the Yangtse River to swell.