Large pyroclastic flows produced by the eruption of Indonesia's Mount Sinabung on Saturday, May 21, 2016, claimed lives of 7 people, officials said Sunday. Two other people are in critical condition.

All the victims were farmers working in the village of Gamber, located within the exclusion zone, approximately 4 km (2.48 miles) from the volcano. 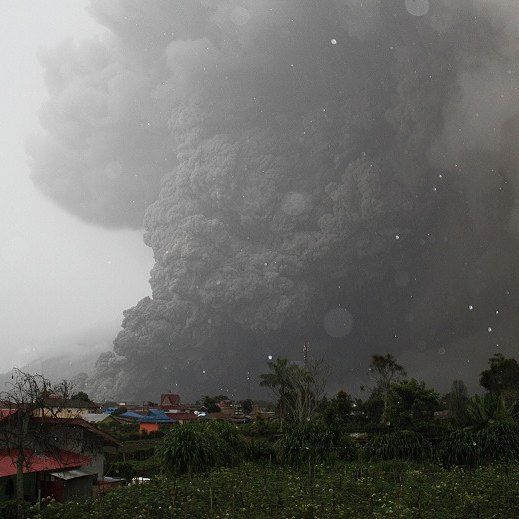 Pyroclastic flow descending from Mount Sinabung on May 21, 2016. Credit PVBGM

"The victims were caught by surprise and had no chance of outrunning the flow while working in their fields within the (unfortunately no longer much enforced) exclusion zone," Volcano Discovery said.

"This sad incident shows once more that dome-building eruptions, even when the volcano is in a comparably low phase of activity (as Sinabung has been during the past year or more), they remain extremely dangerous. Erupted viscous (sticky) lava accumulated on the top of the volcano retains much of its gasses for a long time, and once larger pieces of it break off, simply by gravitational instability, the gasses trapped inside the rock fragment it, which increases the fluidization of the avalanche, enabling it to reach great speed and distances of many kilometers."

The volcano was still spewing ash on Sunday, May 22.

Sinabung roared back to life in August 2010. Since then, it claimed lives of 25 people.