A series of eruptions took place at the Indonesian Sinabung volcano over the past couple of days, with ash rising up to 3.6 km (12 000 feet) a.s.l. Unfortunately, frequent meteorological clouds are preventing clear observations.

Three eruptions, each lasting several minutes, were recorded on Monday, January 4, with ash cloud rising up to 3.6 km (12 000 feet) above sea level.

The Alert Level remains at 3 (of 4) and the Aviation Color Code at Orange. 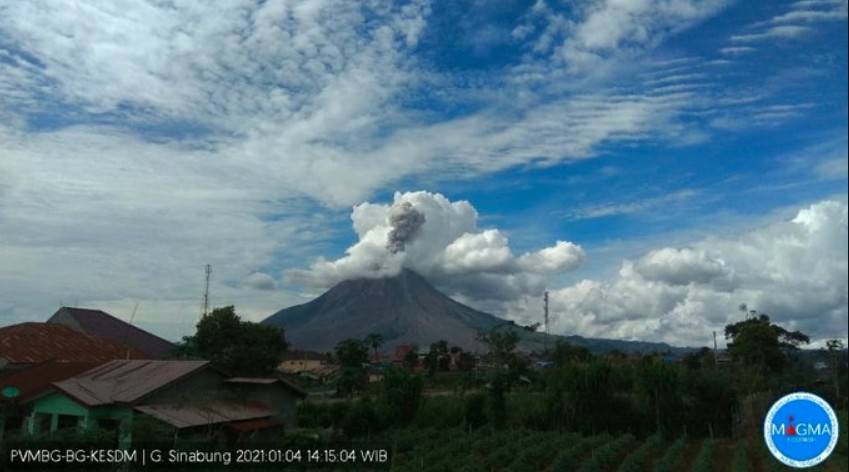 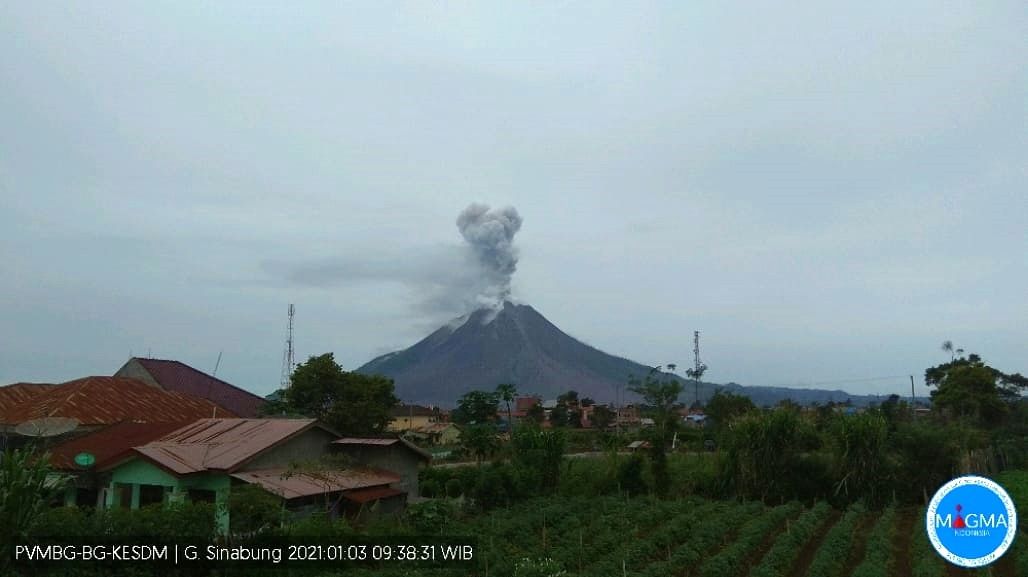 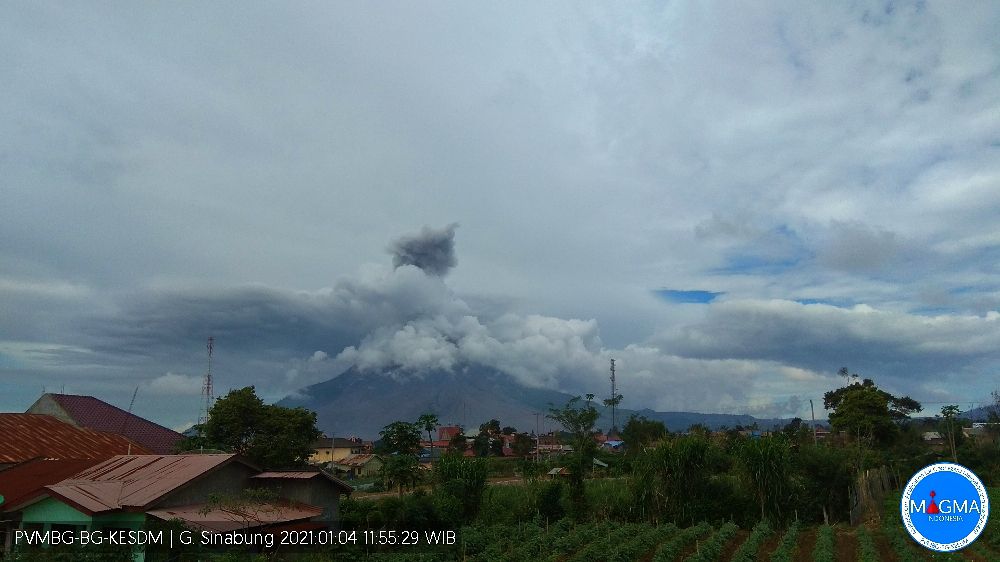 The public and visitors / tourists are advised not to carry out any activities in villages that have been relocated, as well as locations within a radius of 3 km (1.8 miles) from the summit and 5 km (3.1 miles) in the SE sector / 4 km (2.5 miles) in the NE sector.

In the case of ashfall, residents are advised to wear masks when leaving the house to reduce the health effects of volcanic ash, secure clean water facilities and clean the roofs of houses from dense volcanic ash so that they do not collapse.

People living near the rivers that originate at the volcano are urged to stay alert to the dangers of lava.