A team of scientists from the US Geological Survey (USGS), the Arizona State University, Carnegie Institute of Washington, Johns Hopkins University Applied Physics Laboratory and NASA have produced a first comprehensive, high-resolution topographic map of Mercury's surface. The product of high aesthetics reveals detailed features of the planet's craters, volcanoes, and tectonic landforms.

The project of creating a first detailed map of the Mercury's entire surface has combined observations and data from NASA's MErcury Surface, Space ENvironment, GEochemistry, and Ranging (MESSENGER) spacecraft, the first one to orbit the planet.

The MESSENGER mission was equipped with highly sophisticated cameras and instruments, and it began in 2011. The spacecraft had orbited the planet 4 104 times since. Before the mission's launch, the planet Mercury was a great unknown. The spacecraft was launched in August 2004 and traveled 4.9 billion miles before it started orbiting Mercury in March 2011. Its scientific mission was completed by March 2012. However, the mission time was extended on two occasions, which allowed the gathering of additional images and data about the planet's surface. The MESSENGER's mission ended by impacting the planet's surface on April 30, 2015.

“The creation of this map is a prime example of the utility and beauty that can come out of overcoming complex cartographic problems. This highly aesthetic product literally provides a whole new dimension to the study of Mercury images, opening many new paths to understanding the surface, interior, and past of the closest planet to the sun," said Lazlo Kestay, USGS Astrogeology Science Center Director.

Mercury's landforms were identified in over 100 000 spacecraft images, and, in order to create a digital topographic map, the photos had to be matched together. To process the incredible amounts of collected images, the USGS experts had to develop new, highly sophisticated software applications and procedures. The new software-based technique was developed by the USGS Astrogeology team, using the Integrated Software for Imagers and Spectrometers. The innovative technique has resulted in processing the largest dataset so far in the center's software system.

“We are eager to apply what we learned from this mapping effort to small bodies such as asteroids and comets, as well as other planets and moons,” said Kris Becker, USGS scientist, and lead map investigator. 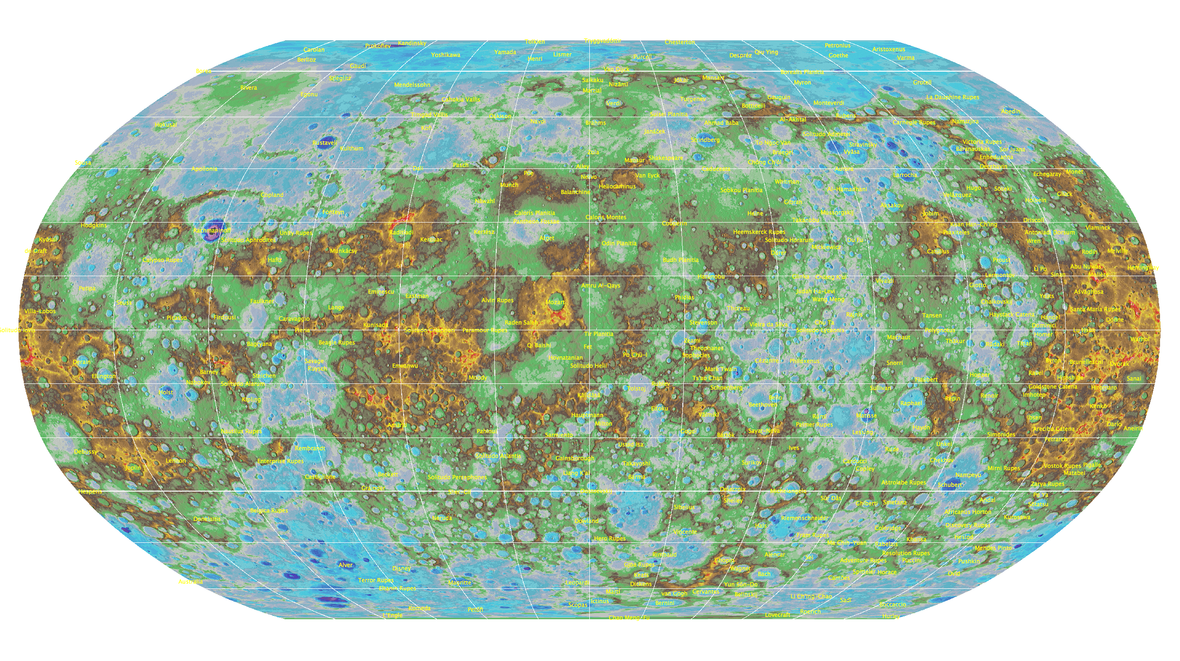 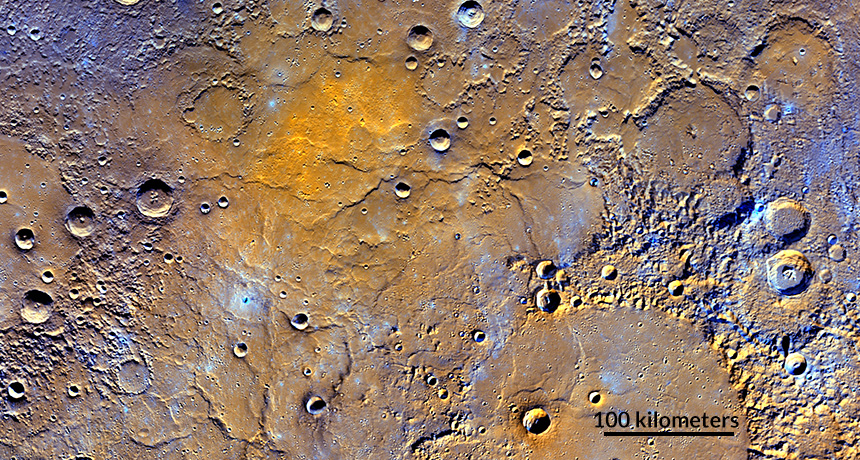 An image from the MESSENGER spacecraft. Impact craters puncture northern volcanic plains on Mercury. Colors are enhanced to show differences in the composition of the rocks. Image credit: NASA, JHUAPL, CARNEGIE INSTITUTION OF WASHINGTON

“Production of the digital elevation model of Mercury is the capstone of a significant scientific achievement of the MESSENGER mission. This product reveals the entirety of the innermost planet of the solar system, less than half-glimpsed during the three flybys of Mercury carried out by the Mariner 10 spacecraft over 40 years ago. As such, it is yet another indicator of the turning point from reconnaissance through exploration of Mercury by MESSENGER to an era of intensive study of Mercury in years to come,” said Ralph McNutt, MESSENGER team member, and Johns Hopkins University Applied Physics Laboratory scientist.

The complete topographic map was released on May 6, 2016, and is now available online.

Some of the most interesting features include the highest point of the planet, rising 4.48 km (2.78 miles) above Mercury's average elevation which is approximately half of Mount Everest's height. The lowest point of the planet is situated 5.38 km (3.34 miles) below average, on the floor of the double-ringed Rachmaninoff basin, three times deeper than the average depth of the Grand Canyon.