A volcanic earthquake swarm is being recorded beneath the Crater Lake of Mount Ruapehu since April 26, 2016, GeoNet reports. Swarms of volcanic earthquakes like these are uncommon on Ruapehu in recent years. The most recent eruption of this volcano occurred on September 25, 2007.

The temperature of the Crater Lake has been rising since late 2015 and since mid-April 2016 the temperature has risen from 25 to 40 °C (77 to 104 °F). Similar temperatures and rate of temperature increase were observed in March 2011, April 2014 and February 2015, the agency reported today.

GeoNet didn't observe any changes in other monitored parameters like volcanic gas, lake chemistry or lake overflow.  A gas flight was performed on March 30 and the Crater Lake was sampled on April 14.

"Currently, we are uncertain of the implications of the recent observations. However, at this time, these changes at Ruapehu are not considered sufficient to change the Volcanic Alert Level," GNS Science volcanologist Agnes Mazot said.

The changes at Ruapehu are not related to the volcanic eruption that occurred at White Island on Wednesday, April 27, Mazot added. 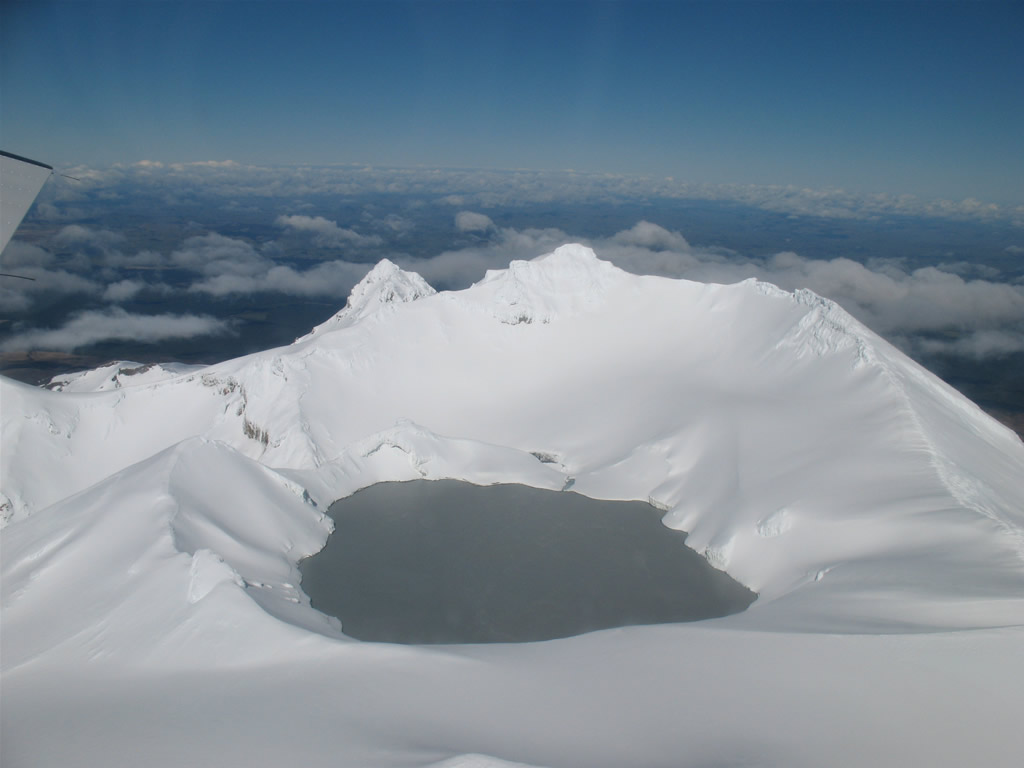 The explosive eruption of Ruapehu that took place on September 25, 2007, lasted about 7 minutes.

During the eruption explosions spread ash, rocks and water across the summit area, producing lahars in two valleys including one in the Whakapapa ski field. In contrast with the previous eruptions in 1996, there was no high ash plume to produce ash fallout over a wide area.

Ruapehu, one of New Zealand's most active volcanoes, is a complex stratovolcano constructed during at least four cone-building episodes dating back to about 200,000 years ago. The 110 cu km dominantly andesitic volcanic massif is elongated in a NNE-SSW direction and surrounded by another 100 cu km ring plain of volcaniclastic debris, including the Murimoto debris-avalanche deposit on the NW flank. A series of subplinian eruptions took place between about 22,600 and 10,000 years ago, but pyroclastic flows have been infrequent.

A single historically active vent, Crater Lake, is located in the broad summit region, but at least five other vents on the summit and flank have been active during the Holocene. Frequent mild-to-moderate explosive eruptions have occurred in historical time from the Crater Lake vent, and tephra characteristics suggest that the crater lake may have formed as early as 3000 years ago. Lahars produced by phreatic eruptions from the summit crater lake are a hazard to a ski area on the upper flanks and to lower river valleys. (GVP)