As a consequence of this activity, the Volcanic Alert Level was raised to Level 3 (out of 5 / Minor volcanic eruption) and lowered to 2 (Moderate to heightened volcanic unrest) after new observations. Aviation Colour Code was raised to Orange.

No further eruptive activity has been observed since yesterday. Seismic activity remains low and new gas emission data show a SO2 (sulphur dioxide) flux level similar to that prior to the eruption.

Wednesday's eruption, accompanied by a moderately elevated seismic activity, deposited material over the north side of the crater floor and up onto north crater wall.

GNS volcanologists flew over White Island on April 28 to assess the impacts of the eruption. A dark-green ash deposit from the eruption covers at least 80% of the floor of Main Crater, and up the sides of the crater wall on both the north and south sides. 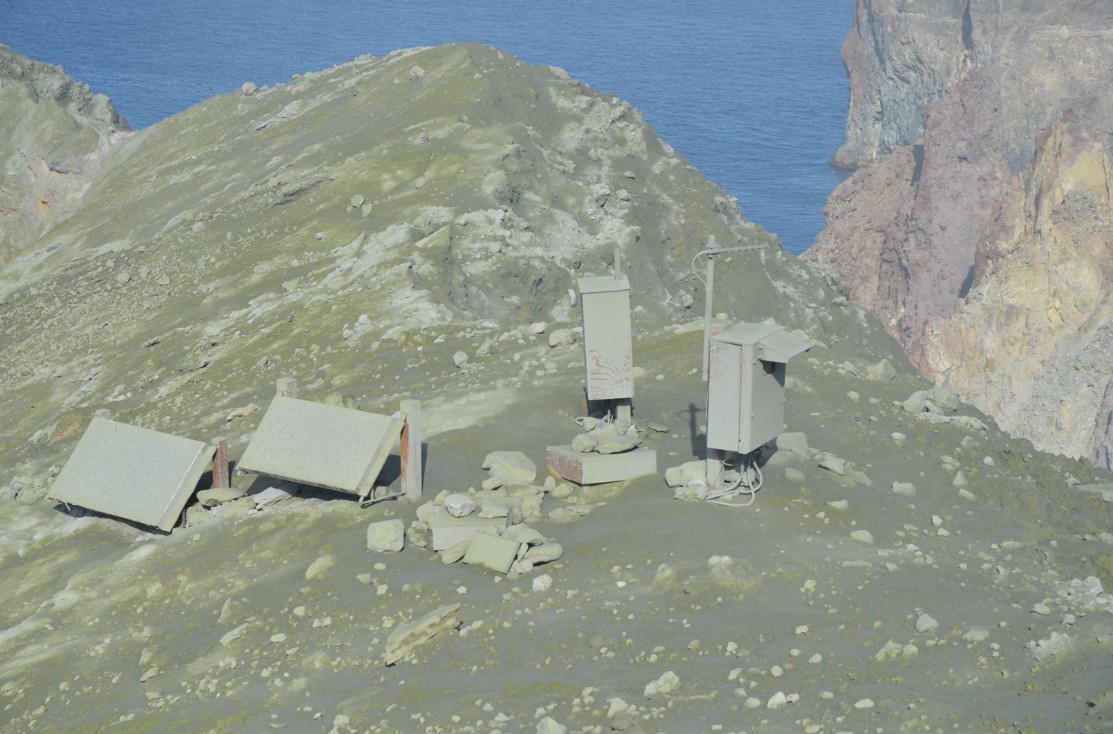 There is currently no indication that activity may be building up at White Island. However, GNS Science staff will not be visiting the main crater floor until further notice due to the heightened state of volcanic unrest.

As reported yesterday, GNS volcanologist Brad Scott visited the volcano last week and confirmed the White Island's Crater Lake level has dropped 2 m (6.5 feet) in the last two weeks. The lake was at about the same level it was in 2014. The drop in water level of the Crater Lake has revealed several islands or crater outlines and the lake temperature has increased 2 ºC (35.6 ºF), from 56 to 58 ºC (132.8 to 136.5 ºF) since February 2016.

Featured image: An ash eruption from White Island on February 12, 1977 is viewed from off the NE coast. The eruption column originates from the Christmas Crater vent, formed the previous year, shortly after the start of the eruption on December 18. The first 20th century eruption of White Island to produce new magmatic material took place a month after the date of this photo. Intermittent phreatomagmatic eruptions continued until late 1981. Photo by Simon Nathan, 1977 (GeoNet)