Recent gas and observation flights at Whakaari / White Island show increases in gas emissions and lake level. The volcano occasionally emits traces of volcanic ash and remains in a state of moderate to heightened unrest. The Volcanic Alert Level remains at Level 2 and the Aviation Color Code at Yellow.

Temperature measurements of the active vent area were also made, Rosenberg added.

The gas measurements showed that emissions of volcanic gases have increased since the last measurements made on October 14.

The emissions of Carbon Dioxide (CO2) increased from 757 to 2 712 tonnes per day, while the Hydrogen Sulphide (H2S) also showed an increase, from 10 to 38 tonnes per day.

"These data show another pulse of gas escaping from the molten material at depth in the volcano," Rosenberg said.

The level of water in the crater lake is slightly higher than we observed in late October, with nearly all of this rise due to heavy rainfall.

Very weak ash emission was occurring during the observations last week, but the recent deposits are minor and only visible close to the active vents. Intermittent ash emission is still possible.

The recent cloudy and humid weather conditions are allowing spectacular steam and gas plumes to be seen above the island, but also the weather is often obscuring views from the coast, Rosenberg said. 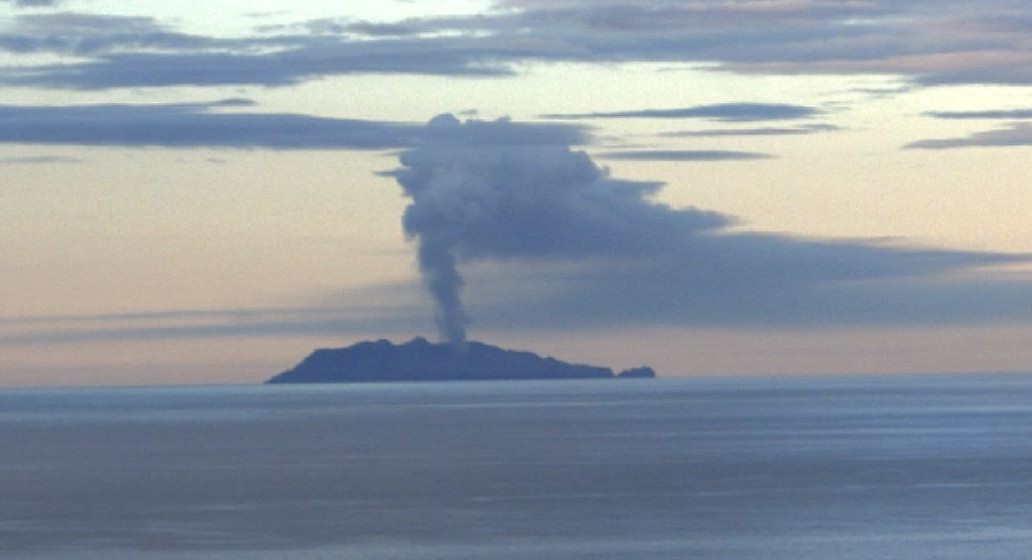 The current level of activity is consistent with moderate to heightened levels of unrest. As such the Volcanic Alert Level remains at 2 and the Aviation Color Code remains at Yellow.

"Weather mentioned in our Whakaari/White Island volcano update today have combined with a developing sea fog in the Bay of Plenty to create a phenomena known as VOG (volcanic fog). VOG is created when the Sulphur-based volcanic gases mix with atmospheric moisture to form an aerosol," GeoNet said 2 hours after posting the latest White Island bulletin.2

"The light northerly winds are driving this onshore, there has not been an eruption to produce this. A VOG can be unpleasant producing watery eyes and a stinging sensation. Those with respiratory health issues should be cautious.

Formation of many new vents during the 19th and 20th centuries has produced rapid changes in crater floor topography. The collapse of the crater wall in 1914 produced a debris avalanche that buried buildings and workers at a sulfur-mining project.3