According to ReNaSS seismologist Sophie Lambotte, Charente-Maritime is known for its seismic activity around the coast near the island île d’Oléron. She called the tremors reaching 5.2 on the Richter scale “a major earthquake”.

Lambotte added an earthquake over a magnitude of 5 had taken place on the coast of île d’Oléron in 1972, and another around 4.5 in 2005. "A significant seismic activity is also known more north, near Fontenay-le-Comte in the Vendée region." 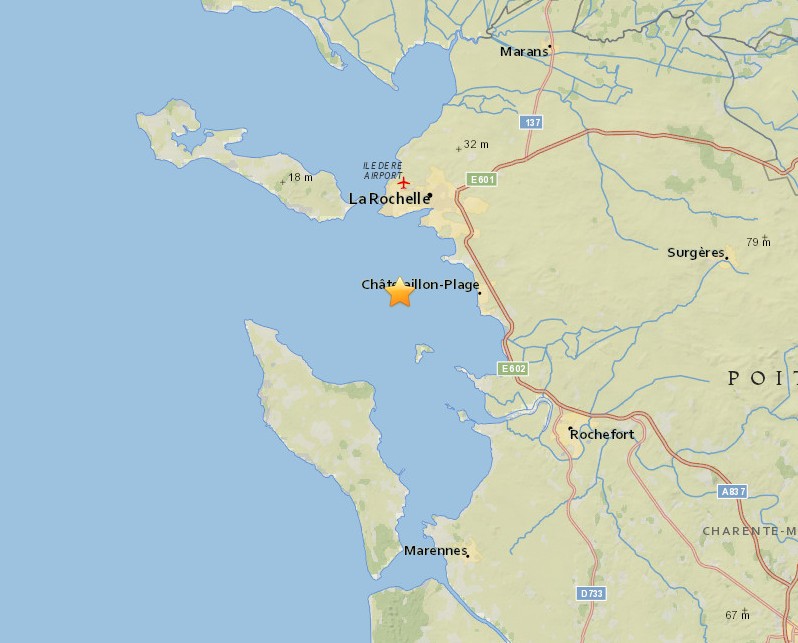 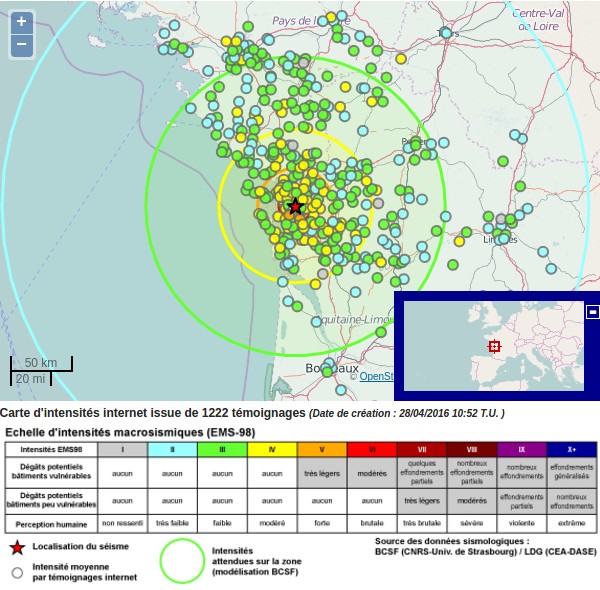 According to media reports, witnesses have described feeling two strong tremors lasting several seconds. Buildings, including industrial sites and schools in La Rochelle, have been evacuated.

No casualties have been reported and the earthquake has only caused superficial damage. 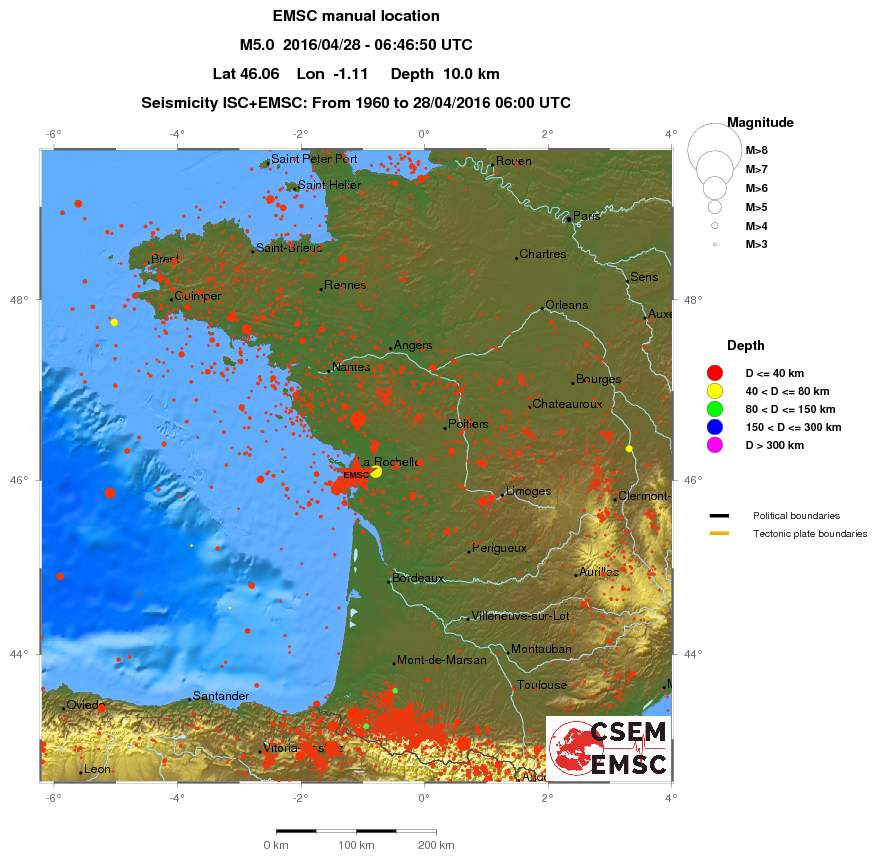