Over the last couple of weeks, GNS scientists have observed a fall of 2 meters (6.5 feet) in the water level of the Crater Lake at White Island (Whakaari), New Zealand. However, they have not noted any changes in other monitored parameters like the amount of volcanic gas being emitted, fumarole temperatures and the presence of volcanic tremor or earthquakes.

GNS volcanologist Brad Scott visited the volcano last week and confirmed the lake level has dropped 2 m in the last two weeks. The lake is now at about the same level it was in 2014. The drop in water level of the Crater Lake has revealed several islands or crater outlines and the lake temperature has increased 2 ºC (35.6 ºF), from 56 to 58 ºC (132.8 to 136.5 ºF) since February 2016. 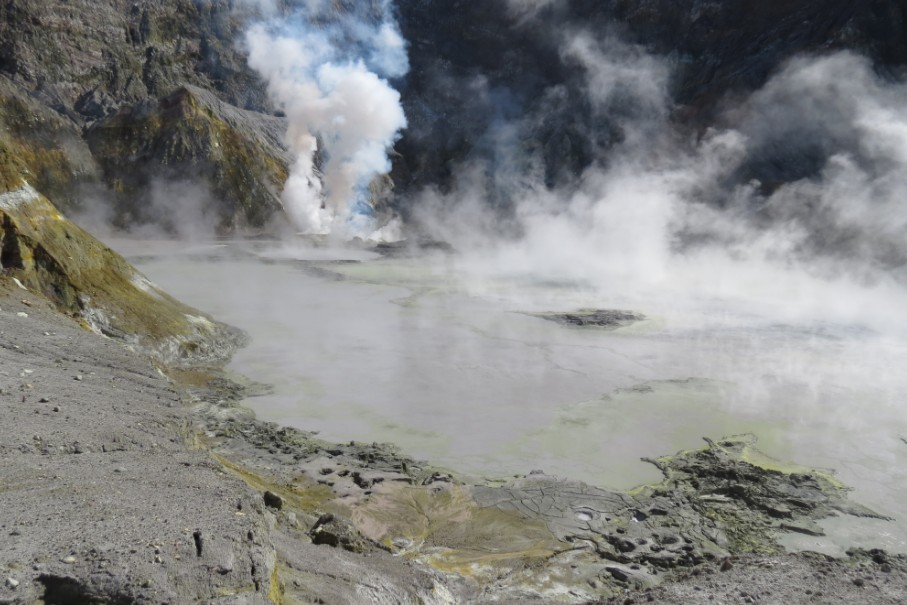 The level of volcanic tremor continues to vary but remains below those observed in 2012 when unrest was stronger and small eruptions occurred.

"The changes we are seeing presently are consistent with minor volcanic unrest. Typical volcanic unrest hazards like hot ground and gas remain. A range of activity can occur under these conditions with little or no useful warning," GNS volcanologist Brad Scott concluded in his April 27th update.

The last eruption of this volcano took place in 2012 and 13. 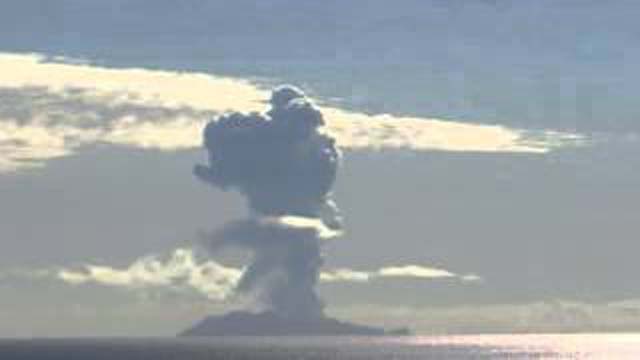 The eruption of White Island volcano on August 20, 2013. Credit: GeoNet