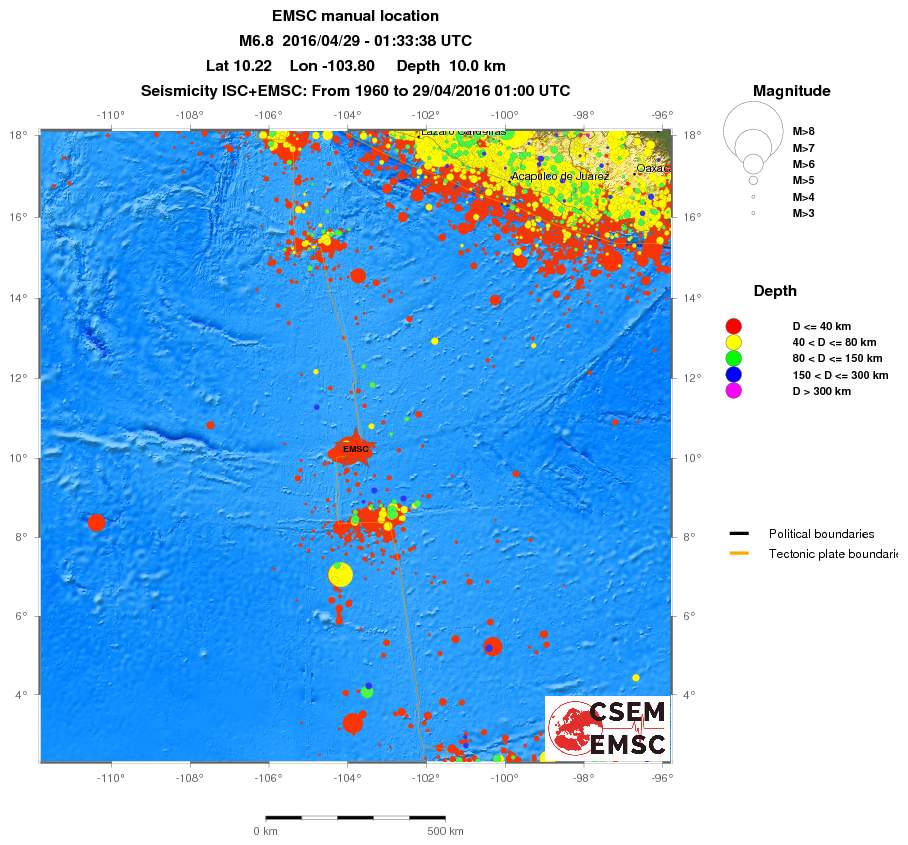 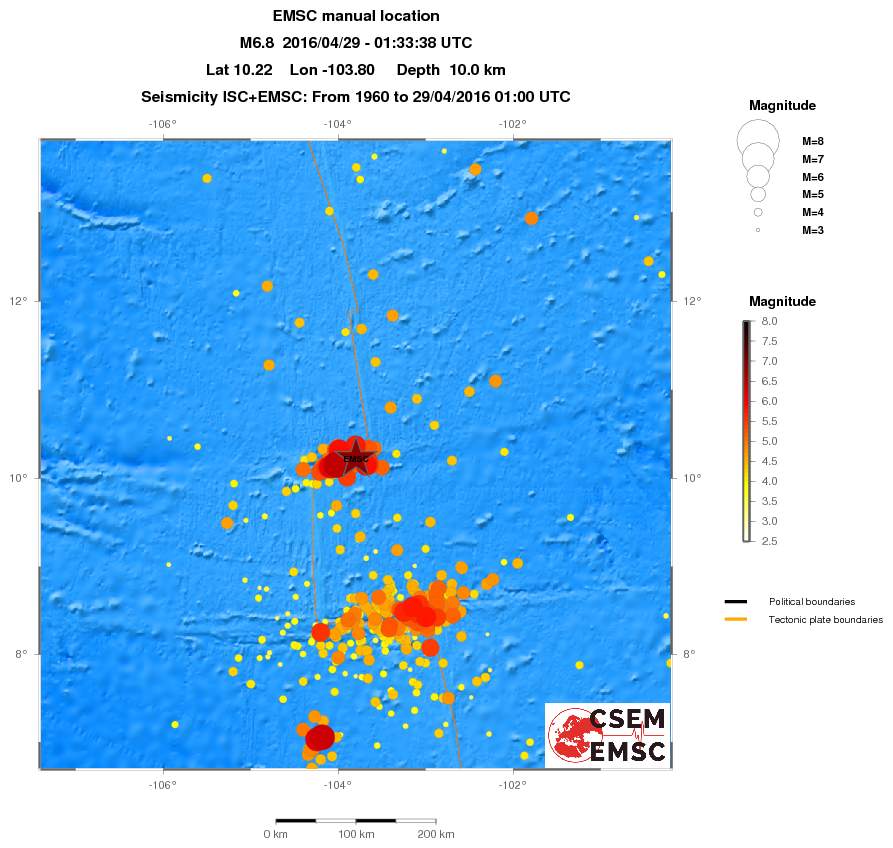 East Pacific Rise is a is a mid-oceanic ridge, a divergent tectonic plate boundary located along the floor of the Pacific Ocean. It forms part of the circumglobal system of active volcanic ridges, all of which define the position of diverging plates where new crust is being created. Such ridges represent the locus of global shallow-water earthquakes. (Brittanica)

The ridge separates the Pacific Plate to the west from (north to south) the North American Plate, the Rivera Plate, the Cocos Plate, the Nazca Plate, and the Antarctic Plate and runs from an undefined point near Antarctica in the south northward to its termination at the northern end of the Gulf of California in the Salton Sea basin in southern California.

Near Easter Island, the East Pacific Rise meets the Chile Rise at the Easter Island and Juan Fernandez microplates, trending off to the east where it subducts under the South American Plate at the Peru-Chile Trench along the coast of southern Chile. The southern extension of the East Pacific Rise (called the Pacific-Antarctic Ridge) merges with the Southeast Indian Ridge at the Macquarie Triple Junction south of New Zealand.

The oceanic crust is moving away from the East Pacific Rise to either side at a rate of 7.5 cm/year. ("Understanding plate motions"- USGS)

The belt of volcanoes along the Andes and the arc of volcanoes through Central America and Mexico are the direct results of this collision. Due east of the Baja California Peninsula, the Rise is sometimes referred to as the Gulf of California Rift Zone. In this area, newly formed oceanic crust is intermingled with rifted continental crust originating from the North American Plate.

Along the East Pacific Rise the hydrothermal vents called black smokers were first discovered and have been extensively studied. These vents are forming volcanogenic massive sulfide ore deposits on the ocean floor. ("Black Smokers" – American Museum of Natural History)