The Volcanological and Seismological Observatory of Costa Rica (OVSICORI-UNA) reported that the seismic activity at the Turrialba volcano has increased on April 28, 2016.

The Observatory recalled that last Saturday, April 23, nearly 75 earthquakes took place in less than 12 hours between the Irazu and Turrialba volcanoes.

The National Seismological Network said normal steam and gas plumes are rising from the volcano at this time.

OVSICORI-UNA reported that at 08:59 local time on April 3 an explosion at Turrialba lasting less than one minute generated an ash-and-gas plume that rose about 100 m (330 feet) and drifted S and SW. A small amount of ash and a sulfur odor was reported in area 2 km (1.2 miles) NW of the volcano.

For a period of 15 minutes, starting at 13:50 on February 6, passive gas-and-ash emissions rose about 500 m (1 640 feet) above West Crater and drifted NW. According to the Washington VAAC the webcam recorded gray emissions on February 8. 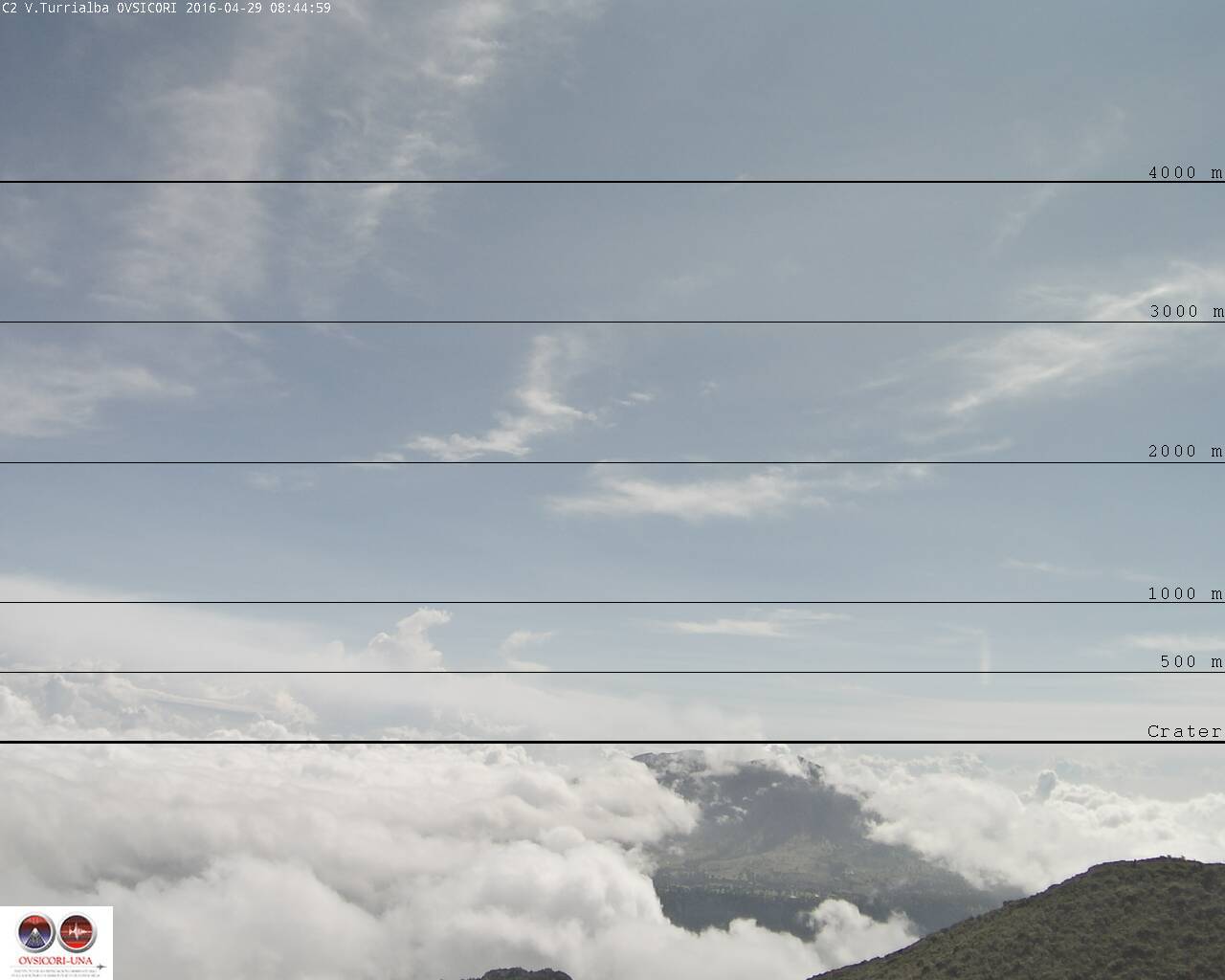 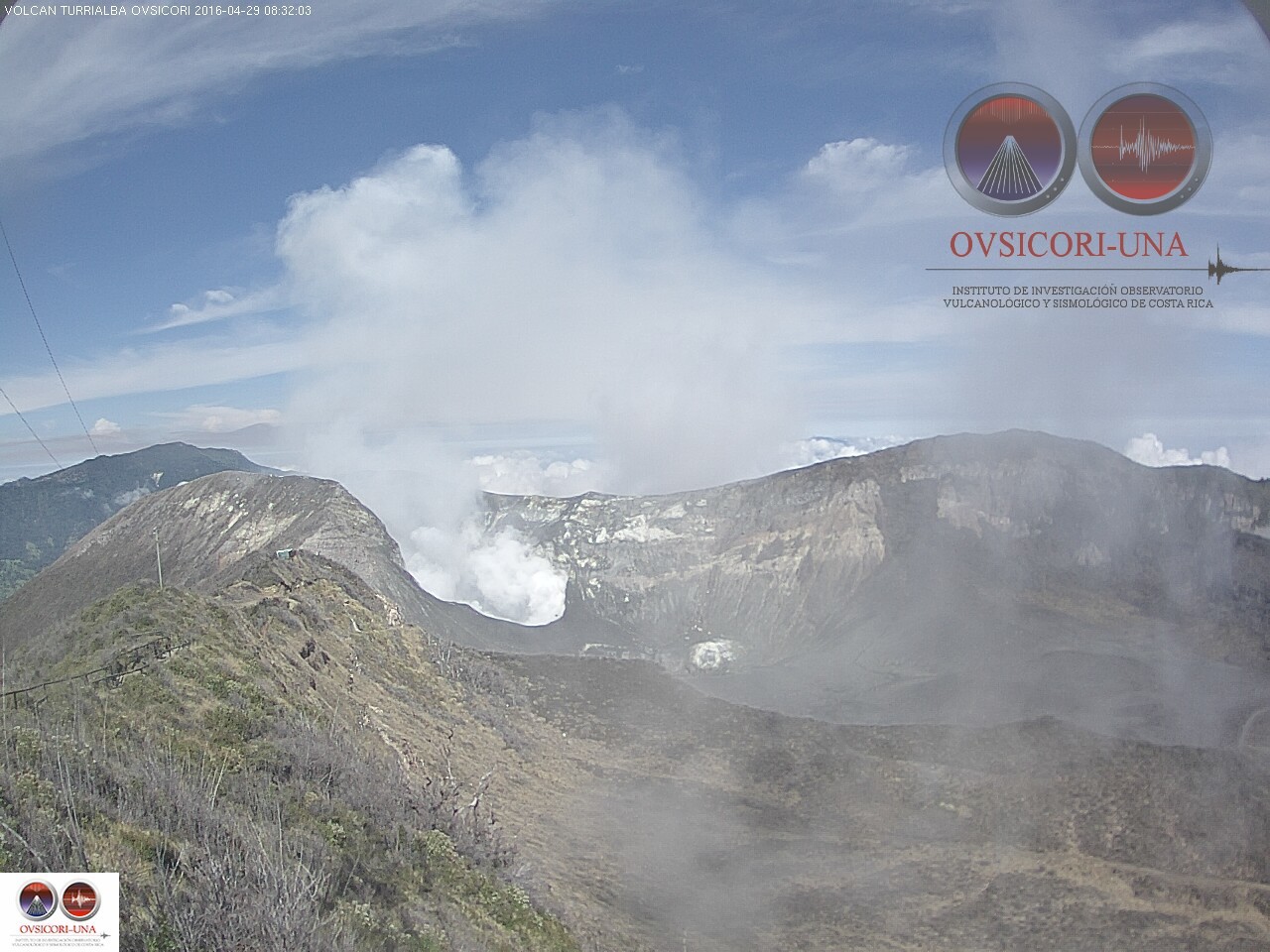 Three well-defined craters occur at the upper SW end of a broad 800 x 2200 m summit depression that is breached to the NE. Most activity originated from the summit vent complex, but two pyroclastic cones are located on the SW flank. Five major explosive eruptions have occurred during the past 3500 years. A series of explosive eruptions during the 19th century were sometimes accompanied by pyroclastic flows. Fumarolic activity continues at the central and SW summit craters. (GVP)