A new spike in the activity of Costa Rica's Turrialba volcano, located some 50 km (31 miles) east of capital San José, was recorded on June 16, 2016.

Strong tremors, caused by the passage of fluids (gas, water or magma) through the interior of the volcano, started at 02:00 UTC and were followed by ash and vapor emissions since 07:30 UTC.

The emanations remained constant until 14:15 UTC.

The gas and ash plume did not exceed 500 m (1 640 feet) above the crater, OVSICORI said. Wind conditions caused the ash to disperse about 12 km (7.5 miles) northwest. 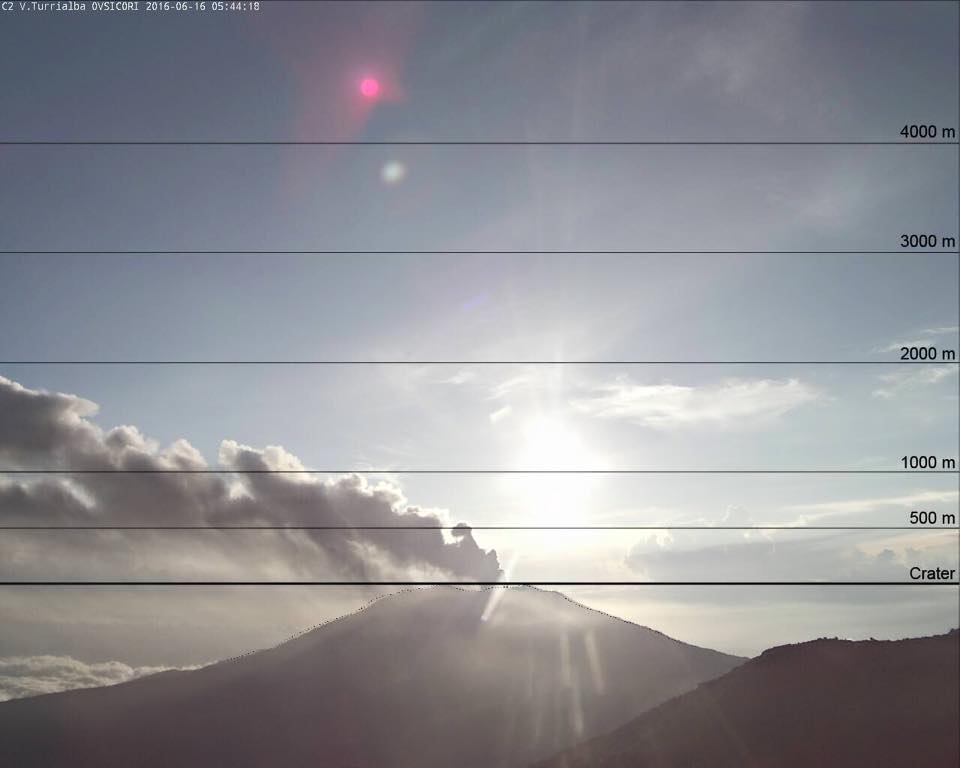 At 21:59 UTC, RSN monitoring stations recorded a new burst of ash that lasted about seven minutes.

In May 2016, the National Emergency Commission (CNE) established a 5-km (3.1 miles) restricted access area around the volcano. Entrance to the Turrialba Volcano National Park has been closed to all visitors since 2014.

The agency maintains a yellow caution alert for the Cartago cantons of Turrialba and Alvarado.

Three well-defined craters occur at the upper SW end of a broad 800 x 2200 m summit depression that is breached to the NE. Most activity originated from the summit vent complex, but two pyroclastic cones are located on the SW flank. Five major explosive eruptions have occurred during the past 3500 years. A series of explosive eruptions during the 19th century were sometimes accompanied by pyroclastic flows. Fumarolic activity continues at the central and SW summit craters. (GVP)