Another round of severe storms hit parts of the US South on April 10 and 11, 2016, bringing frequent lightning, strong winds and very large hail.

A woman has been reported dead in Arkansas after losing control of her car during wet condition. Lightning caused several fires in Union County.

A supercell moving across the Sooner State, southeastern Oklahoma dumped hail the size of baseballs. In Oklahoma's Kay County wind gusts up to 120 km/h (75 mph) were reported.

There could also be a few tornadoes with the best chance in northeastern Texas and northern Louisiana. 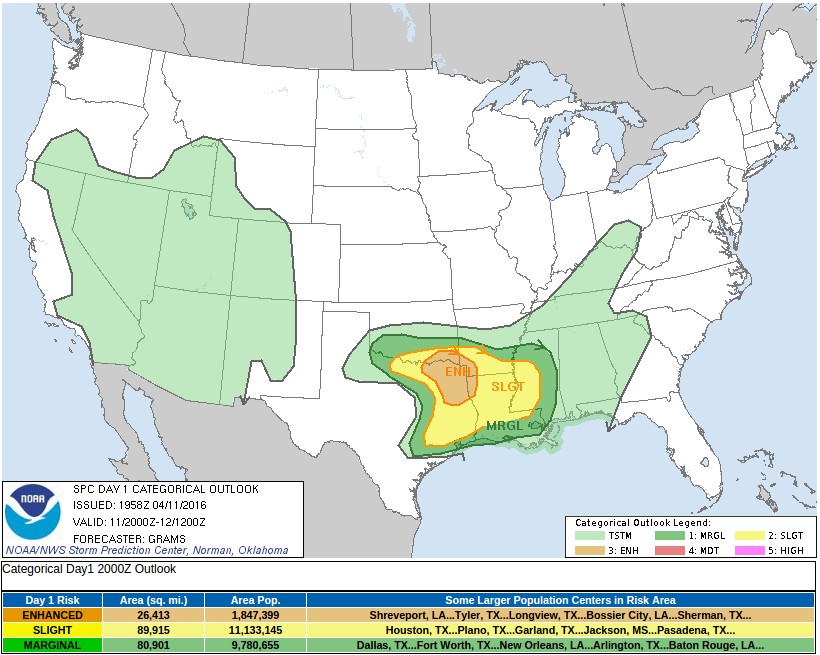 "This storm does not seem to have that dynamical punch that would sustain it farther east in producing numerous damaging wind gusts. Thus the threat would bring more dominant flash flooding," AccuWeather Enterprise Solutions Storm Warning Meteorologist Alex Avalos said.

Quick-hitting flooding downpours will return to the western Gulf Coast, including Houston, on Wednesday, April 13. A more large-scale risk of flooding and severe storms targets the southern and central Plains toward and during this weekend.

Towns just northeast of Dallas are getting pelted by hail larger than baseballs! (HT/@mw007x) pic.twitter.com/u4i7HrWLwl