The eruption was accompanied by loud rumbling and pyroclastic flows. Ashfall is possible in nearby communities, especially San Marcos, INSIVUMEH said. 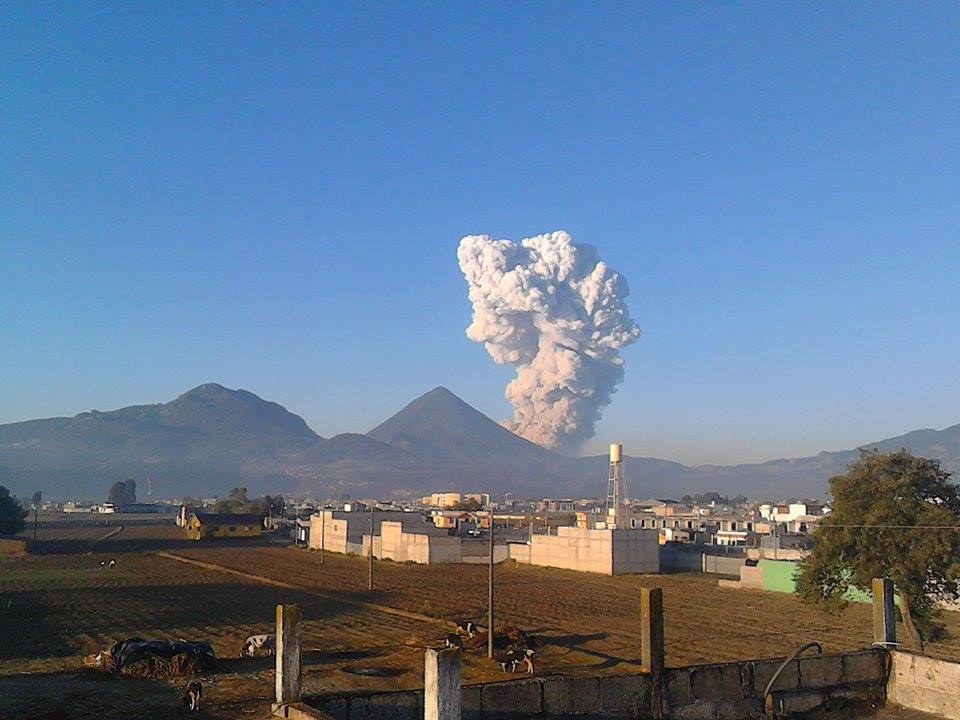 Eruption of Santa Maria volcano on April 11, 2016 as seen from the city of Quetzaltenango. Credit: Sindy Gramajo

Symmetrical, forest-covered Santa María volcano is one of the most prominent of a chain of large stratovolcanoes that rises dramatically above the Pacific coastal plain of Guatemala. The 3772-m-high stratovolcano has a sharp-topped, conical profile that is cut on the SW flank by a large, 1.5-km-wide crater. The oval-shaped crater extends from just below the summit to the lower flank and was formed during a catastrophic eruption in 1902.

The renowned plinian eruption of 1902 that devastated much of SW Guatemala followed a long repose period after construction of the large basaltic-andesite stratovolcano. The massive dacitic Santiaguito lava-dome complex has been growing at the base of the 1902 crater since 1922. Compound dome growth at Santiaguito has occurred episodically from four westward-younging vents, the most recent of which is Caliente. Dome growth has been accompanied by almost continuous minor explosions, with periodic lava extrusion, larger explosions, pyroclastic flows, and lahars. (GVP)

Featured image: Eruption of Santa Maria volcano on April 11, 2016 as seen from the city of Quetzaltenango. Credit: Sindy Gramajo